​I Want My Kids To Fight & So Should You 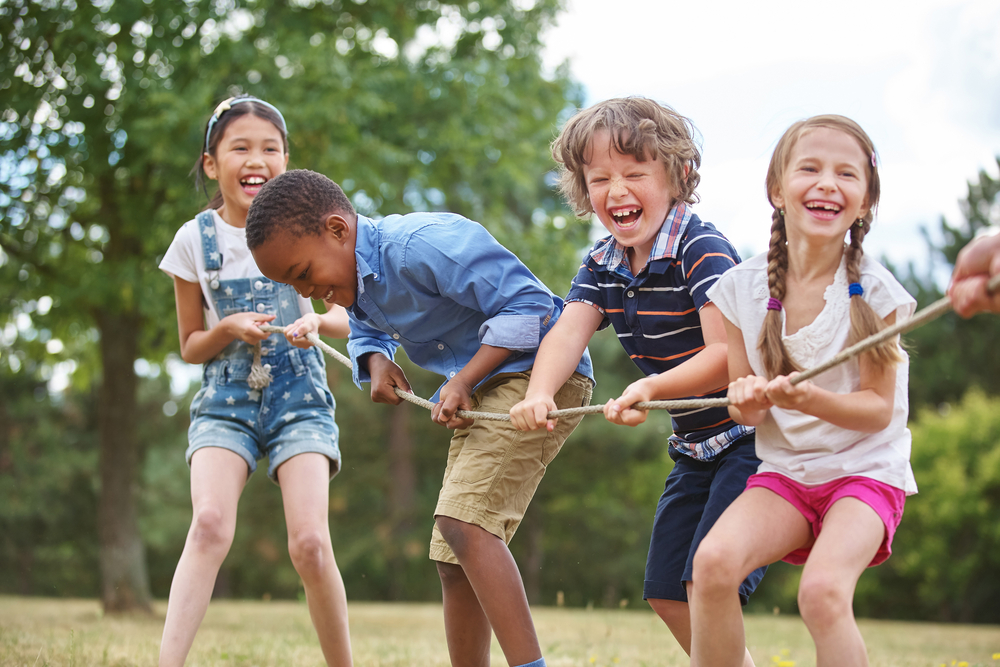 Growing up with siblings meant that I had plenty of experience with fights. We were always bickering over something: whose turn it was to do the dishes, which TV show to watch, who would eat the last slice of pizza (answer: mom, always)—it was endless. My mother always tried to get us to stop and when that failed, she would go get my dad.

But my father had a different view on fighting: he thought it was healthy—not physical fights of course, but verbal disagreements. He was a big proponent of airing out your opinion and respectfully disagreeing with someone if that was truly how you felt. He had only two rules: first, if you have to disagree with someone or debate an issue, do so respectfully. This meant that hurling insults and getting personal weren’t allowed. Second, and more importantly: no getting physical. My siblings and I weren’t allowed to punch, kick, bite or any of that or we would get into big trouble.

Fighting as a Positive

Now that I have kids of my own, I finally understand what dad was getting at. Conflict is a normal part of life and everyone encounters it one way or another. By allowing us to fight, my dad was unconsciously teaching us to value open disagreement and to recognize that people have opposing views.

As a father myself, I don’t step in every time my kids fight. Instead, I let them have healthy arguments and they’ll often come up with resolutions on their own. I stick to the same rules my dad had and only step in when things threaten to get out of hand. Surprisingly, it rarely gets to that point.

I agree that this flies in the face of conventional wisdom that states we need to prevent our kids from quarreling and to make our homes as calm as possible. However, if my kids don’t have these spats, in a loving environment, there’s a likelihood that they’ll shy away from conflict as they grow up. These fierce arguments they’re having with each other are helping them grow a thicker skin. Instead of viewing conflict as something to be avoided, they’re learning to embrace and work through it.

As they get to their teen years, I encourage them to voice their opinions and I regularly challenge their thoughts. Far from making them rebellious, this encourages them to think for themselves and to improve their personal judgment. In this digital age, where teens are bombarded with all sorts of messages and influence from social media, independent thinking is needed more than ever before.

If we prevent our kids from fighting, we could be curtailing their ability to effectively work in teams or form solid relationships with others. Learning how to put your point across and have others question it, without losing your temper is a key part of brainstorming. It is also a vital skill required when forging friendships and romantic relationships where you can have a difference of opinion without getting nasty.

So instead of discouraging my kids from fighting, arguing or disagreeing, I’m teaching them how to have constructive conflicts. I’m teaching them to have their own views, find creative resolutions to problems and to respect other people’s’ opinions without necessarily agreeing with them. I believe all these will come in handy in their future lives.

Tyler Jacobson is a happy husband, father of three, writer and outreach specialist with experience with organizations that help troubled teens and parents. His areas of focus include: parenting, social media, addiction, mental illness, and issues facing teenagers today.
MORE FROM Tyler:
Liahona Treatment Center
Red Tricycle > Parenting > ​I Want My Kids To Fight & So Should You