10 Things I Wish I Had Known Before Having Kids 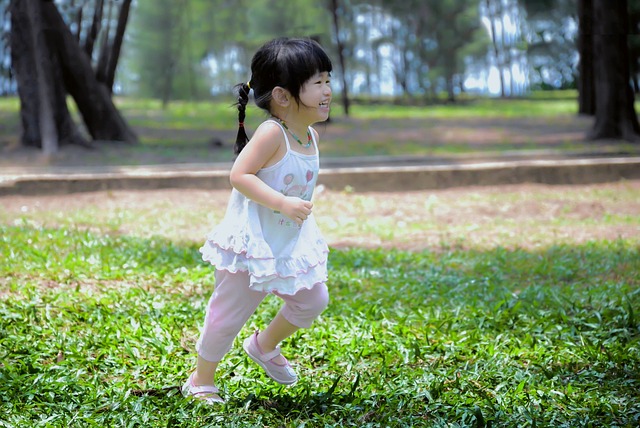 If I could rewind time and go back to the day before I took that positive pregnancy test, I would tell myself the following ten things in hopes that I would have a better handle on the early (and even current) days of motherhood. For reference my son is almost two years old and he is my one and only.

1. Any lifest‌yle changes you want to make, whether they be dietary choices, exercising habits, or any other life changes that take focus and determination, should be started and followed through before baby comes.

Experts say it takes 21 days to make a new habit stick. But those 21 days involve focus and motivation. When your focus and motivation is a pint-sized human who knows three words and relies on you for everything, the idea of focusing on anything else, especially something new and life changing, is daunting and mentally exhausting. If you are going to make a lifest‌yle change, I highly recommend you make it a habit, not a new task, before your new focus and motivation comes in and throw off whatever routines you may already have.

2. There will be lots of sad tears, failure tears, guilt tears, and happy tears.

It’s a weird mix and just know that tears are one of the best ways to relieve emotional and physical stress. Keep the tissues nearby and take it one day at a time.

3. Having a kid won’t fix or save your romantic relationship.

I know this one may seem obvious but at the time of my pregnancy it was my reality. I was in a rough patch in my relationship and when we found out I was pregnant we both cried tears of joy. Our focuses went from our relationship (and thus our relationship woes) and shifted towards nursery colors and potential baby names. And for a while, our relationship was good. But when our son arrived and the reality of parenthood set in, our relationship became even more strained and stressful. I was under the mindset that if we stayed together for the sake of our child, we could make things work. But having a baby magnifies whatever problems you may have, whether it’s financial, marital, whatever, and makes them unforgetable. My son’s father and I split four months after our son’s birth and it made things so hard and complicated for everyone involved. Had we talked about our relationship problems and dealt with them before the tiny human came, I think the transition to parenthood would’ve been easier for everyone.

4. If your child has anything above a cold it’s going to feel like a Shakespearean tragedy.

My son had to have tubes put into his ears recently. After eight ear infections in less than a year, I was thrilled for a solution. Then the day of the procedure came and I was a wreck. My stomach was in knots all day and I was so distraught at seeing my baby put to sleep for his procedure. Four days later he is running around and smiling and my stomach is still in knots. Being strong is easy in the moment and letting out your frustrations later (see #2) is not a sign of weakness.

5. Setting up an emotional support system for yourself and your other half is one of the most important things you can do for yourself as a new parent.

I would’ve been lost without my fiancee, friends, and mom this last year. My fiancee has put the little one to bed while I showered for the first time in days and my mom has been a listening ear while I’ve cried on the phone from exhaustion and emotional stress. Having friends who don’t have kids gives you new insight and a break from being a mom. Having friends that do have kids gives you an outlet for medicine questions, milestone celebrations, and mommy/baby playgroups. Having a wide variety of caring people in your life helps with motherhood in ways I could never describe.

I became very aware of this when my son was born and my grandma thought she knew everything there was to caring for a child. She would give solid foods when I, and his doctor, thought he was too young, let him stay up later than his routine because it was “so fun to have him around and he could always sleep later,” and all the other things she thought was right. This person may not be a family member, it may be the friend you have who also has children but has a very different parenting method than you.

Regardless, when someone in your world does not respect your parenting st‌yle, whatever that may be, they do not respect you. Even if they don’t agree with it, your friends and family should be kind enough to respect and validate what you want for your child. It can be frustrating but it’s important to stick to your beliefs and st‌yle if someone is doing something that is upsetting you.

This is one thing that completely surprised me. When my son was four days old he had to accompany me on a Target run. When I walked into the store my biggest fear was exposing my son to so many germs in his young life and body. Before I could put his carseat into the cart I felt eyes watching me. I turned around to see people of various ages, employees and other shoppers, peering into my cart, trying to snag a glance of my tiny baby. That entire shopping trip was filled with gushes of how small and adorable my child was, sweet smiles from some people, and pity glances from others. The hardest for me were the never-ending questions. “Oh how beautiful! Boy or girl?” “How sweet. How old is he?” “Just had to get out of the house huh?” “Is he your first?” “Are you breastfeeding? Are you sure you want to do that here?” It’s so overwhelming to be a new parent and having strangers interrogate you and your choices for your child can be overwhelming. Do your best to smile and be polite but also don’t be afraid to excuse yourself and continue on your way. Your baby’s business is not an inviation to be judged by a stranger.

8. Rocker/recliner chairs are an essential.

If you’re doing a baby registry, I highly recommend putting a rocker/recliner or gliding chair on the list. I know my baby isn’t the only one who likes to be rocked to sleep, especially in those early days of being home. And sometimes a sleeping baby refuses to be moved from a parent’s chest. Having a rocking chair is great but a rocker/recliner allows you to easily rock baby to sleep and then recline yourself back to let you catch a few winks of sleep.

8a: if you have a rocker/recliner made of leather or wood, laying a comforter on top keeps you soft and less likely to either stick to the chair in the warmer temps or chilled in the cooler evenings.

9. Parenthood can, and more than likely will, exaserbate any mental illness you have.

During my pregnancy I started developing the signs of depression. My doctor prescribed me antidepressants to help with the changing hormones. Little did I know that the bigger changes in my mental health would come long after my son was born. During the time when he was learning to crawl and talk, and the first days of daycare drop offs, symptoms of anxiety began to come to light, and only worsened as time went on. Along with the anxiety came lower lows in my depression. At first I felt like that I had done something wrong or that I was reacting to new motherhood “properly,” but I learned that my hormones were just as confused as I was. Some things would never go back to pre-pregnancy times and that included my mental health. My doctor increased my antidepressants and referred me to a therapist who specializes in “womens’ milestones and life changes,” which included adjusting to motherhood. Seeking proper help when I was ready was vital to me being a better mom to my son and a better person in general. It is never a negative thing to reach out for help and, like your amazing little one, your body and mind are evolving and changing faster than you can sometimes keep up with.

10. Having kids is nothing that I had ever expected and everything I didn’t know I wanted.

When I was a teenager I swore I was never going to have kids. I was going to be a successful career woman and live my own life. I had done everything in my power to prevent an “oops” moment from happening with my significant others. And when that “oops” moment happened I thought my life was over. And at first I was so sure that I would grow to resent my son for changing what I thought I wanted for my life. It’s okay if you don’t embrace parenthood right away, or if you are thrown into being a parent and you feel like your head is spinning all the time. But becoming a parent is downright magical and life changing, and your dreams don’t have to end just because you have a small human in your life. I never thought I could care for someone so much and yet my heart bursts with love whenever I think of my son now. It took me a long time to appreciate him but I honestly could not imagine my world without my son. 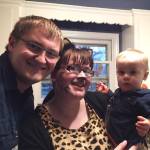 ABOUT THE WRITER Andrea Avery
I am a new mom who is just trying to navigate motherhood one baby smile at a time. Some days are really hard since I have depression, anxiety, and PTSD. And some days I want to sell my son to the zoo. But it's all worth it.
Red Tricycle > Spoke Contributor Network > 10 Things I Wish I Had Known Before Having Kids