10 Yoga Exercises for Kids to Do in the Car 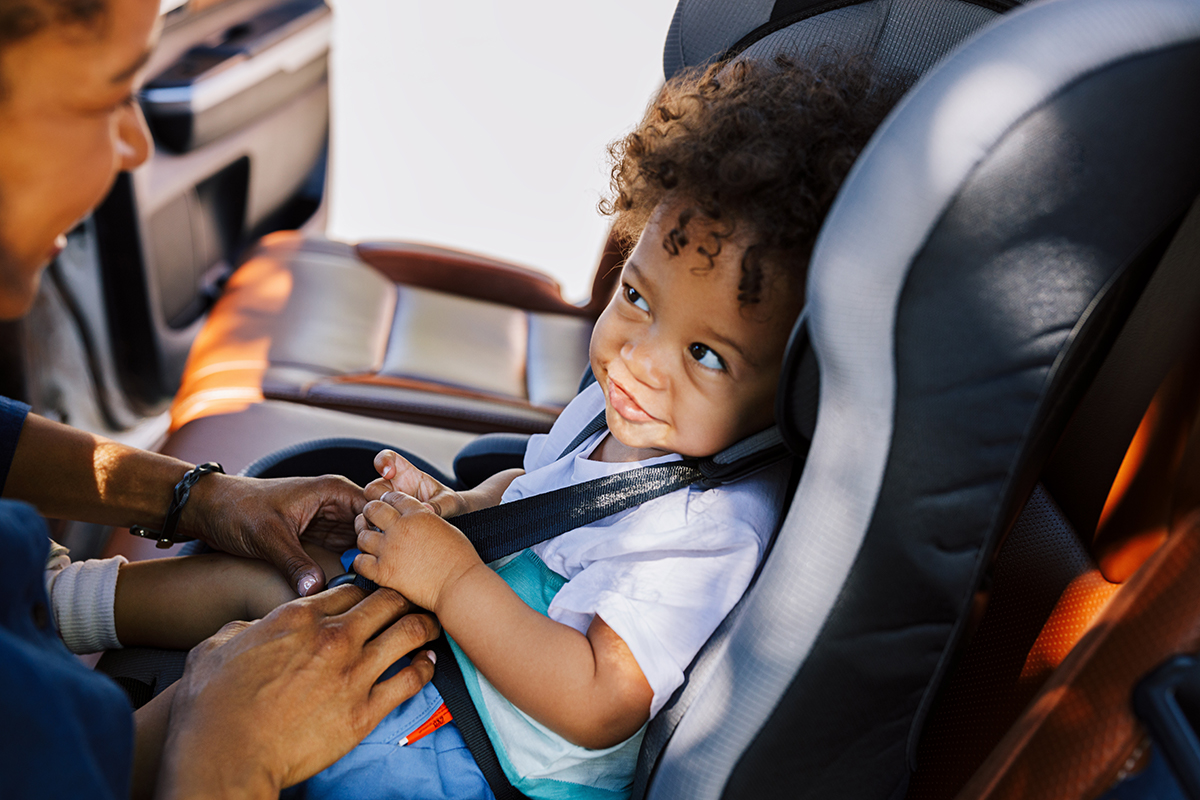 Toddler jingles on repeat, snacks spilled and lost to petrify in a hidden seat crack, frantic screams over a book dropped just out of reach, and the endless rhythmic thud of little feet kicking the seat, stamping dusty footprints on the upholstery… sound familiar? Sure, being in the car with a young child can be relaxing and even fun at times, but most parents agree that it is often hard, stressful, and wearing. The dance of getting everyone in and out, strapping down squirmy limbs while standing in the rain, and getting everyone settled with books and snacks can feel exhausting on even a short trip. Tack on extended hours, a potty training preschooler, or an unexpected traffic jam delaying a nap, and tensions rise.

When yoga is adapted for kids, the only requirement is that it is safe, developmentally appropriate, and fun. With this in mind, why couldn’t kids’ yoga and mindfulness be taken into the car? The answer is, it can be.

Many yoga poses and mindfulness exercises can be specially adapted for kids in their car seats.

Yoga for Kids in the Car

Being constrained in a car seat for any amount of time can be tedious and uncomfortable. Offering kids a safe and unique way to move and stretch can significantly alleviate this irritation. Here are several yoga poses that can be done in the car:

1. Fluttering Butterfly: Kids bend both legs and bring the soles of their feet together. Holding feet in their hands, they move their legs up and down, like the flapping wings of a butterfly. As they flap, kids can imagine a butterfly has flown into the car and describe, with as much detail as possible, what their butterfly looks like. Ask what color it is. Is it big, small, sparkly?

2. Car Moon: Kids put both palms together and straighten their arms above their head, stretching as high as they can go. Keeping their palms pressed together, they lean slightly to one side, bending their body and arms into the shape of a crescent moon. Hold for a breath or two and then straighten and curl toward the opposite direction.

3. Sunset and Sunrise: Kids put their arms straight out and touch their fingertips together, making a round shape as if they were holding a giant ball. Taking a deep and slow breath in and keeping the circular shape, they raise their arms up over their head, like a sun rising in the sky. When they are ready for the sun to set, they take another slow breath in and as they blow out, and still holding the circular shape of the arms, lower their hands down and bend as far forward as possible, bending the head down and stretching the neck. This can be repeated several times.

4. Ants Crawling on A Log: Kids flex their feet and straighten their legs out in front of their bodies as much as space allows. They then pretend that the fingertips are little ants crawling down the legs toward the feet. Mixing up the speed that the ants crawl up and down the legs keeps this more engaging.

5. Sitting Tree: Sitting Tree Pose is adapted from the traditional Tree Pose in yoga. Kids bend one leg, bringing the foot as far up the leg as possible, or just cross the ankles. They press their hands together at the palms and straighten their arms, bringing their hands above their heads. Take several slow breaths, and then switch legs.

6. Painting a Rainbow: Kids press their palms together and take a big slow breath in. Then they raise their hands above their heads, keeping the palms together. Pretending that their fingers are paintbrushes filled with different colors, they blow out and sweep the arms open to either side “painting a rainbow” over their heads.

7. Blast off Rocket Ship: Kids press palms together as hard as they can in front of their chests and take a deep, slow breath in. With a forceful exhale, the rocketship blasts off, and arms shoot above the head, stretching and reaching as high into space as possible. Describe what it looks and feels like up in space.

8. Twisty Arms: Twisty Arms can be slightly tricker for younger kids. Kids hold both arms up, elbows bent and palms facing each other. Cross one arm over the other and then twist the top arm behind the bottom so the palms touch. With the palms pressed together and the arms wrapped, kids take several slow breaths, bringing their hands up toward their foreheads. The top arm can be switched and the pose repeated.

9. Sitting Mountain: Kids open their hands as wide as they can and straighten their arms up above their head, reaching as high and straight as possible. With arms stretched, they take several slow, deep breaths.

10. Telephone: Kids bend one leg at the knee and hold the foot, pretending that it is a phone. When they “get a phone call,” they bring the foot up as close as possible to their ears. Kids can “talk on the phone” as long as is comfortable, bringing the foot down when read. Then they get a call on the opposite foot.

These ten activities have provided kids a safe way to move and stretch in the car and give parents tools for a calmer, more purposeful car ride. Is this the magic ingredient for making your car rides smooth, quiet, and peaceful? Probably not. No child is precisely the same, and there is no one secret formula to fix a challenging parenting moment. However, these are tools that many families have found useful and fun. They are absolutely worth trying, tweaking, and retrying when the child is in a different mood or developmental phase. Any tool that could potentially transform a car ride whine into a giggle or flip an angry scowl into a peaceful smile is well worth trying.

ABOUT THE WRITER Kristi Coppa
Wondergrade

Kristi Coppa is a mom of two, a former nurse, and the creator of Wondergrade, an app to help parents teach calm-down and emotional regulation skills at home. Through creating content kids love and empowering parents to teach it, Kristi intends to help create a kinder, more resilient, and compassionate next generation.
MORE FROM Kristi:
Wondergrade App
Red Tricycle > Parenting > Big Kids > 10 Yoga Exercises for Kids to Do in the Car