12 Of The Most Embarrassingly Honest Things Kids Have Said 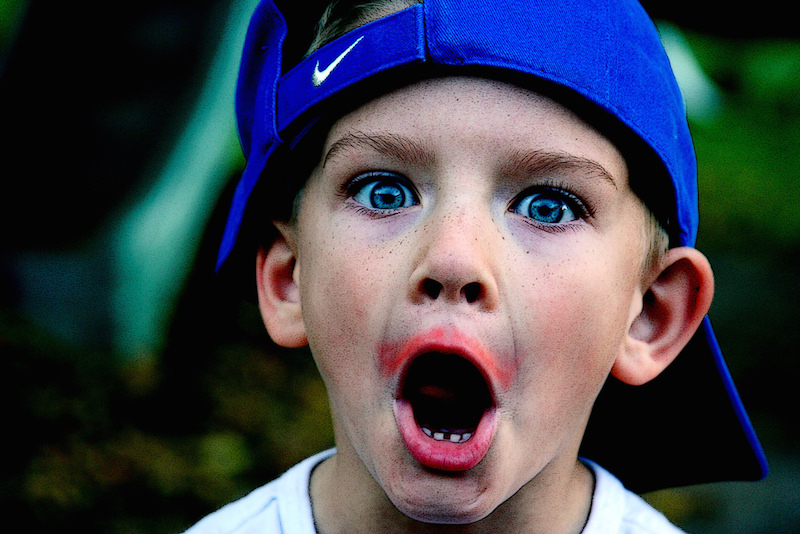 Kids really do say the darnedest things and sometimes they say them in the wrong place at the wrong time — leaving you (and others) more than a little embarrassed. Reddit users recently shared some of the painfully honest things kids have blurted out. We’ve rounded up a few of the best below.

“Kid: Daddy why don’t you have boobs.

Me: Boys don’t have boobs.

Kid: Why does uncle John have boobs?”

Outlook Not So Good

“Was having a father-daughter moment with my then 6 year old. She was worried about something but was struggling to open up to me. Eventually she did.

Me: you can always talk to me about anything. I’ll always be there for you. Even when you’re all grown up.

She: If you’re still alive.”

“At the aquarium ‘wow daddy, that fish is even uglier than you.’”

“’Your glasses are weird, what do you look like without them?’ takes them off  ‘Ew, put them back on.’”

“’Daddy I like cuddling with you because you are soft and squishy like a bear.’ To the gym I go!!”

“Four-year-old nephew, setting the table for dinner — looks at me and announces, ‘you get the big fork, because you’re the fattest!’ And then proceeds to set my place with the BBQ fork. Lol.”

“Friends and I are shopping at Target. Their 4 year old son is my god-son. He’s in my cart, parents are off elsewhere in the store. We finish shopping first, check out, and sit on a bench to wait for his folks to catch up. He’s hungry so I zip back to the cashier and buy him some cookies and a lemon soda.

We’re sitting there, and he says ‘Uncle Trav, sitting here with you eating cookies is the best thing ever!’ I’m honestly at a loss for words and getting a bit moist in the eyes, and I ask him ‘Hey, buddy, when you’re all grown up, if I ask you about this moment, will you remember this?’

Beauty Is In The Eye Of The Student

“My ex was a teacher. One of her students told her ‘You’re not as pretty as I’d imagined,’ on their first day of class. LOL”

Dad – ‘She cut it off to give to people who don’t have hair.’

“I’ve always had a gut, ever since I was a teenager. About 8 years ago, I was at my girlfriend’s (now wife’s) house and we were babysitting her little brother and sister. Her sister was about 4 at the time and cute as a button. She was sitting next to me on the couch and she turns to me and pats my belly with her hand and says, ‘Aww you’re gonna have a baby!’. I was an 18 year old dude.”

What’s the most embarrassing thing your kids have ever said? Share your kid’s truth bombs in the comments.