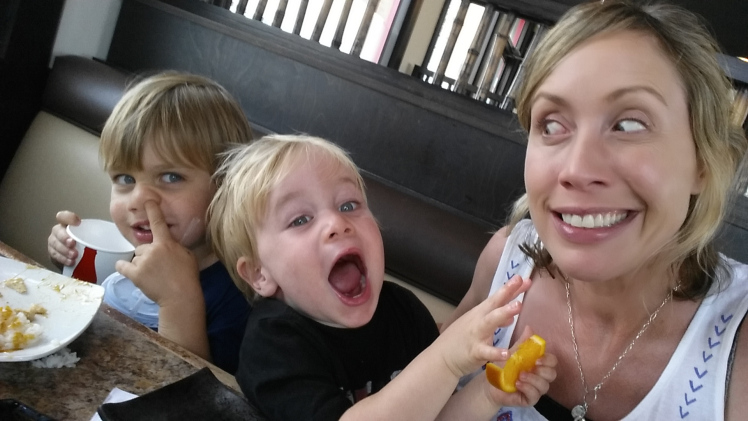 Dear Me Before Kids:

Congrats: you’re going to be a Mommy! Yes, you! Yes, you’re going have adorable, messy-faced little boys bulldozing through your house while your chubby-faced baby girl sleeps and your sweet husband races home to join the chaos.

But beneath the surface sparkle of Marriage And Kids will be a million little moments, and these are the things that will define you. So get ready, because there will soon come a day when:

Good luck, Me Before Kids!

ABOUT THE WRITER melissa heckscher
MelissaHeckscher.com

Melissa Heckscher is a writer and mother-of-three living in Los Angeles. She is a former staff writer for the Los Angeles Newspaper Group and the author of several books, including,The Pregnancy Test: 150 Important, Embarrassing, and Slightly Neurotic Questions (Quirk Books, 2011).
MORE FROM melissa:
An Open Letter to Cold and Flu Bugs, An Open Letter to My Husband's iPhone, An Open Letter to Perfect Moms
Red Tricycle > Spoke Contributor Network > 12 Things I Wish I Could Go Back in Time & Tell Myself Before I Had Kids