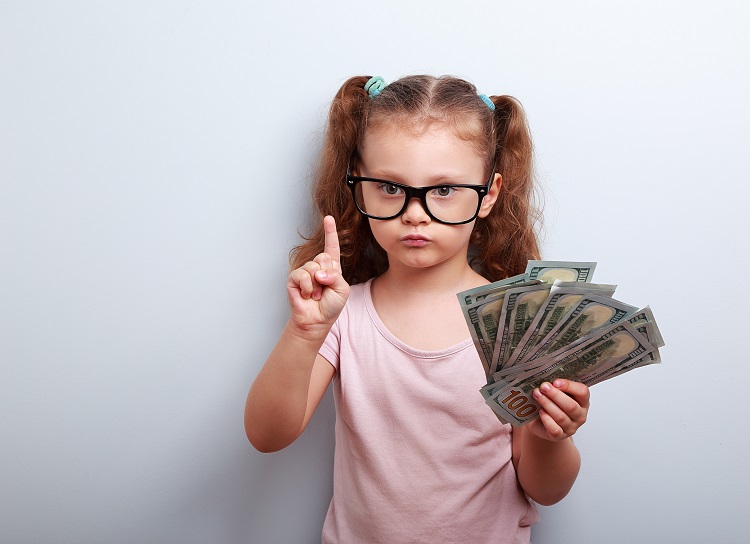 What did you learn from your parents about money?  Did your parents teach you how to balance your checkbook? Make a budget? Not to use a credit card? There are probably two sides to this coin: what they actually taught you and what you picked up from them as attitudes, fears, and habits.

Which begs the question, what are you teaching your kids?

Did you know that children as young as 3 years old can grasp financial concepts like saving and spending?  And a report by researchers at the University of Cambridge revealed that kids’ money habits are mostly formed by age 7 — way earlier than many people think.

But I find there are several key concepts that traditional money advice forgets when it comes to educating kids about money. Including what to do when you can’t afford something you want (hint: the answer is not, “ask mom”), how to overcome a financial setback, and how to take control of their financial life.

Usually when you teach your child about money, it’s the basics about saving, spending and charity… this is pretty standard (and here’s a great article covering some guidelines from Beth Kobliner). That’s good stuff. But if you’ve had your own money issues now or in the past, it tends to fall under the “do as I say, not as I do” category, because if what you say doesn’t align with what they see (and kids notice A LOT), they probably aren’t going to listen.

Here are three things I wish I could help every parent teach their kids about money:

1. They have the power to create for themselves (not you).  Once you “release” your child and let them know that they are smart enough, talented enough and resourceful enough to be the economic engine of their own lives, you’ll be shocked at how successful they become.  I see parents wanting to be the hero in their children’s lives for far too long.  Your child has everything they need—probably by age 15—to be a financial badass.  Just trust the process. In other words, stop paying for everything your teen says they want and start empowering them to make decisions that will allow them to get it for themselves.

2. Financial responsibility is empowering, not a burden.  Do you know who the most successful, wealthiest people I meet are?  The ones whose parents told them they were completely responsible for paying for college.  Or the ones whose parents said, “You need a car?  Guess you better get a job.”  Parents hate to see their children struggle, and of course you can help a little… but the struggle is what produces the power.  Do you want your child to struggle a little getting started, or struggle A LOT later on in life, because they are so used to having everything done for them that they forgot to save for retirement or get out of debt?

3. Adaptability is key. Financial adaptability is a skill that requires work. But an adult child that has confidence in his or her own ability to support themselves is going to weather anything life can throw at them. Got laid off? Waitressing pays the rent while looking for a new job. Car broke down?  Public transportation might be a pain, but look how motivating it is to save for another car. Trying to save money for your first home? Amazing how a temporary roommate enables them to accelerate this goal. Children need to learn that just because you can’t afford something the moment you want or need it, doesn’t mean it’s the end of the world.

When you teach your child about money, don’t let it turn into solving their problems or fixing their mistakes. They are smart; they’ll figure it out, and they don’t need anyone to bail them out — as much as they might LIKE it.

It used to annoy me SO MUCH when I would present my mother with a problem (hoping she would help), and she’d say, “Huh, that must be frustrating…but you’re so smart, I know you’ll figure it out.” And then she’d change the subject. She had ZERO attachment to how I solved my problems or what I thought about them; she just loved me and let me screw things up and learn as I went.

And although it was frustrating at the time, it forced me to figure out how to solve my own problems, which I believe made me a stronger adult, more able to adapt, and more able to roll with the challenges of life.

Of course, parents can always be a safety net, especially when kids are young, but it’s important to let them fall now and then, so they know how to get themselves back up.

Remember this the next time an issue with your child comes up; you might be able to help them solve it with trust, empowerment or adaptability more easily than with money — and by doing so, you’re ensuring that your child develops these essential money skills as they grow. 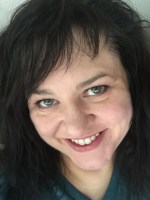