3 Reasons Why Your Kids Go Crazy at Bedtime 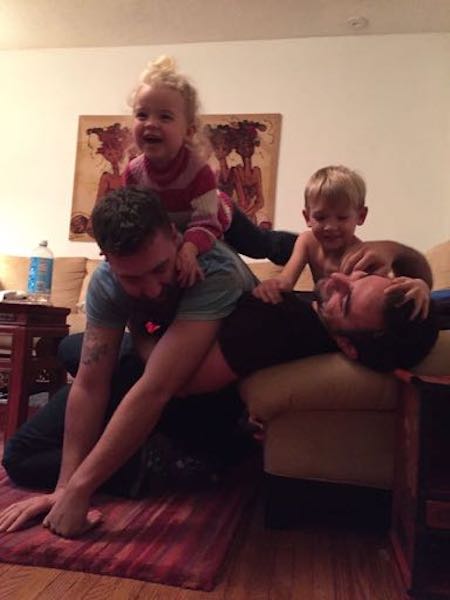 There seems to be a pattern here, and I don’t like it. Everything is fine and dandy, but once the sun goes down and things start to settle, suddenly all hell breaks loose.

I’m talking, of course, about bedtime.

My kids will spend an entire bike ride complaining about how tired their legs are. We will stretch a ten minute ride into a two hour excursion as they mope and meander. Once that five minutes-to-bedtime alarm is announced, however, suddenly they are gushing fountains of energy, bursting forth with great enthusiasm and gusto.

Why is this? What is it about impending bedtime that causes children to lose their minds? I have a few theories, and I’d like to share them with you here today.

1.They can smell the desperation on us as we look forward to the freedom of Evening Adult Time. All day we have been dealing with crap, culminating in what usually ends up being a woefully and unfoundedly optimistic after-dinner plan requiring intense mental and physical effort on the part of the parents. We can almost taste the impending glass of whatever soothes us, and the serene image of being together with our partner while we sit quietly on opposite sides of the couch and look at social media is growing ever more prominent in our minds.

Children sense this desire for calm, and their instinctual response is unabridged mania. Your best bet is to run them around as much as humanly possible, and then whisk them directly into bed and shut the door before they realize what’s happening.

2.They have utilized their daily allowance of mental capacity, and the reptilian brain takes over. Once they have been awake for a certain number of hours and/or they have expended a certain amount of energy, their consciousness is shut down by the body in order to preserve the functionality of the brain for later use. While they may have some tendencies of their former selves, they are not actually cognizant of their surroundings, and even less so of their actions.

Because the body is unaccustomed to being unfettered from the brain’s oppressive control, the new-found freedom is met with unbridled enthusiasm. Granted this is a nightly occurrence, but this part of the brain has very little memory retention. This may also help explain the lack of ability to hear and recognize their name when paged by adults. Although that issue isn’t necessarily an evening exclusivity.

3. This is all part of a great conspiracy set up by the Highest Order of the Children’s Mensa Society to break the will of the adult population through frustration and lack of sleep. They have been planning a takeover for years, and their plans to erode the mental capacity of adults globally has come to fruition, as parents everywhere succumb to the ubiquitous presence of their manic children. They know that all we need to recharge is one hour of sitting quietly near our partner, occasionally exhaling sharply through our nose when we see something funny online. They know that if we were to have that time, we would be more aware and have sharper focus, thereby hindering their end goal of bedtime elimination.

One of these three theories is the correct one, although at the moment I am unable to determine which one it is. I will study both them and the suspicious activities surrounding them as soon as I get a chance. I just need to have a quick moment to relax on the couch and recover from my day, and then I’ll get right on it. But I just can’t seem to find the time. 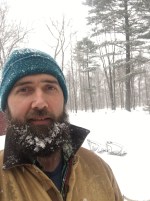 TS Crawford is a battle tested father of two and husband to one. Aside from professionally electrocuting himself regularly for money and benefits he enjoys making music, wire sculptures, writing, and occaisionally getting to speak with his wife.
MORE FROM Tinian:
Silence the Voice of Doubt, Tragedy and Joy: Life as a Small Child, Empty Day, Full Life
Red Tricycle > Spoke Contributor Network > 3 Reasons Why Your Kids Go Crazy at Bedtime