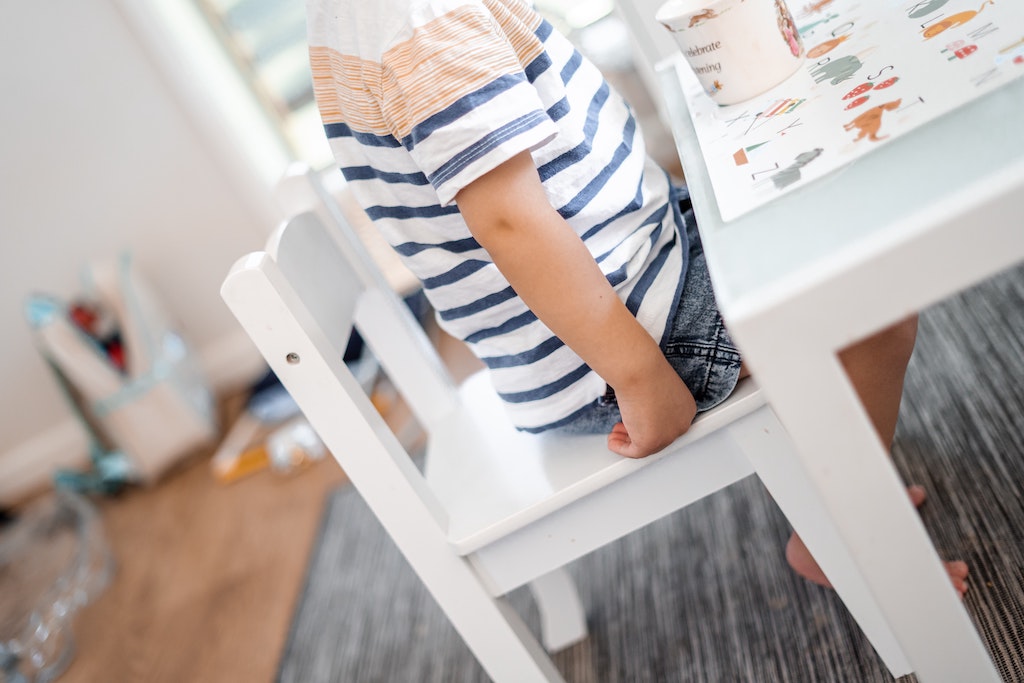 My son Kanen is almost 3 years old, and from the first time I ever put a TV show on for him, well, he insisted it had to be a Disney movie. For the better part of the early years, I just thought he had remarkable taste for things. And I was delighted I wasn’t like the other mom’s suffering as they listened to Baby Shark and Cocomelon all day long.

It wasn’t until about six months after his second birthday that I understood why he was so particular about what he preferred to watch. Autism. See when you have a child on the Autism Spectrum, who is also non-verbal, the early years are quieter than what I figure they might be for others. And If I’m being honest, I’m not usually the type of mom who plops down with my child during screen time. I use that as the time to clean my house, wash dishes, do laundry. You know mom things.

But one lazy morning I decided to watch the Good Dinosaur with Kanen for the first time. It took me a few minutes into the movie to realize the dinosaur talked, but the young boy never did. By this time I was captivated. It hit home. And these are the 3 things a Disney movie of a non-verbal child and a talking dinosaur taught me.

1. “Love Needs No Words.”
This is a quote I’ve heard very often throughout this journey. It’s true, love doesn’t. My child could speak every word in the dictionary, or none at all and I will always love him for exactly who he is. Now I know what you might be thinking…Of course, I will! But will others? The answer is yes. I can’t tell you when or where, unfortunately, I don’t have a crystal ball for that. But I’ve heard stories from the moms in this journey that talk about their amazing non-verbal children making friends. So I believe it’s going to happen one day for my child and yours too. Communication goes far beyond verbal words. Friendships do too.

2. Look Out for Those Different Than You.
Even in the land before time, a young dinosaur like Arlo knew to look out for another that was unlike him. Another who had no words. Another who had no way of defending or protecting himself. Arlo had found a sense of pride to keep him safe because he knew he could communicate with others around him the way his friend couldn’t. A dinosaur showed me not everyone in life is living in a “doggy-dog-dog” world. Thank you.

3. Never Give Up.
Cliche huh? No, but really….Never give up. Even when life gets tough. I watched for nearly two hours a dinosaur never give up on his life or his non-verbal friend’s life. I’ve only seen that type of perseverance in my son and those like him. I hope one day they find a friend like Arlo. Maybe this was only a fictional Disney Pixar movie. Maybe Kanen has just taught me to look at life through a new lens. Regardless. I’m thankful for both.

ABOUT THE WRITER Samira Soto
Samira is a 25 year old single mom to a 2 year old son Kanen Arley. Her son Kanen was diagnosed with severe non-verbal autism in September of 2020, which inspired her to start sharing their journey through My Charming Arley on Facebook and Samirasstella on Instagram.
MORE FROM Samira:
https://m.facebook.com/mycharmingarley, https://www.instagram.com/samirasstella
Red Tricycle > Parenting Advice > Adulting 101 > 3 Things a Disney Movie about a Dinosaur & Non-Verbal Child Taught Me