Who wouldn’t want a couch with stadium seating in their home? You’re all in for stadium seating at the movie theater, so why not replace your regular ol’ sofa set with three tiers of total awesomeness?

U.K. digital communications company EE is behind the inspired idea as part of a promotion of a new sports package. The EE team designers who created this absolutely magnificent masterpiece got their inspiration from the stadium-style seating at Wembley Stadium. Not only do the seats look like what you’d find at a movie theater or sports stadium, but they also come with a smartphone holder and a built-in charger. 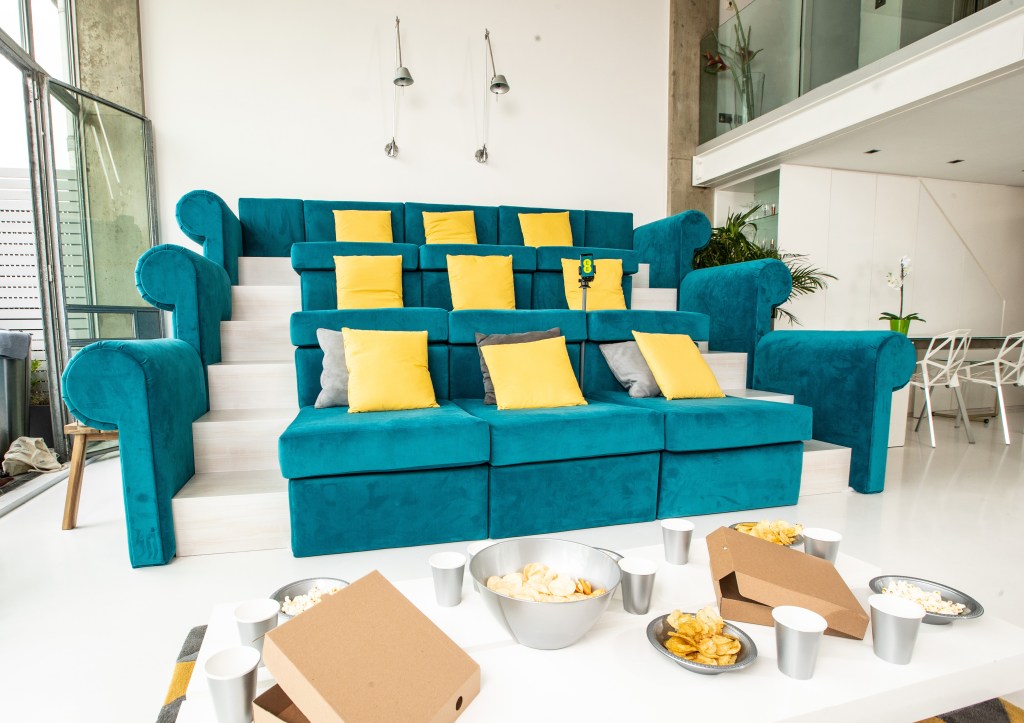 Don’t worry if the kids spill their juice, because the fabric has some epic levels of scotch-guarding going on. Oh, but that’s not all. Just in case your grown-up guests get a little rowdy with their adult beverages, the upholstery is beer-resistant.

So why do the EE team designers think that we’d rather watch sports (or anything else for that matter) at home? Well they used the data from a survey of 2,000 sports fans . As it turns out, 51 percent would rather watch sports from the comfort of a friend’s home than from a pub. 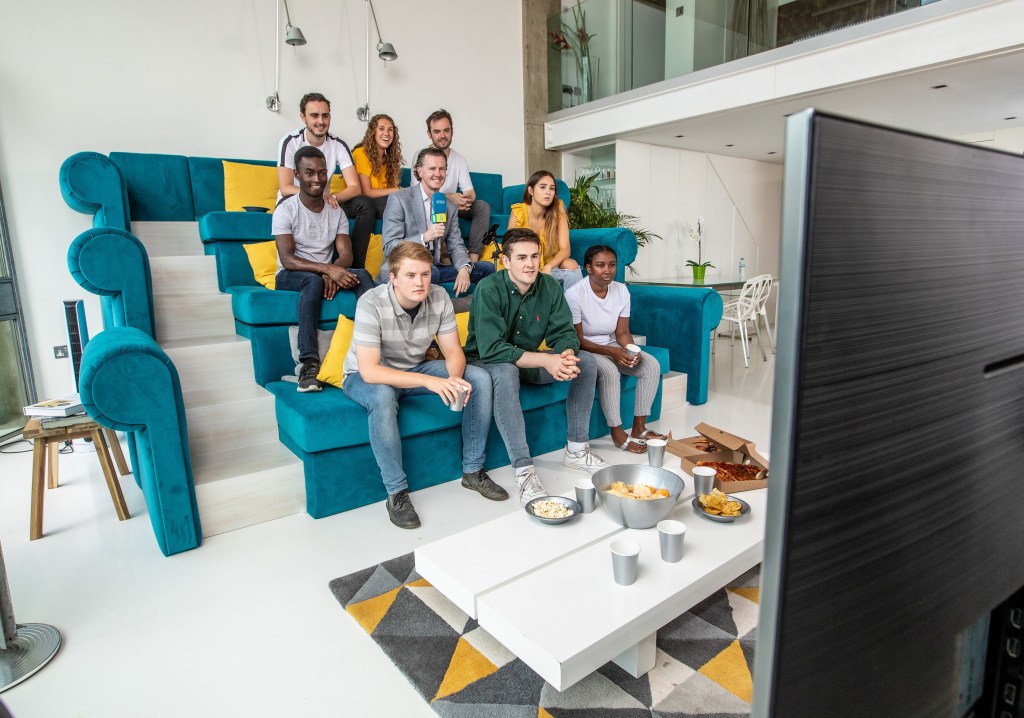 If you’re thinking, “Where can I get one of these three-tiered super-sized stadium seat sofas?” the answer is—you can’t. Sadly, the stadium seating couch is just a prototype right now. But hopefully it will become a reality sometime soon—IKEA, we need you!