We all want happy, healthy, confident kids and study after study suggests that fostering kindness in your kiddos can help boost their oxytocin, serotonin, and dopamine, all key biological players in happiness, wellness, and self-esteem. We know that kindness can be taught and empathy increased through modeling these behaviors for our kids. I’ve learned that letting my kids see me be an active community helper increases their desire to also pitch in and help others, but I wanted to grow my children’s understanding of people’s needs beyond random acts of kindness. Here are three more ways I’ve adopted to increase my kiddos’ kindness factor. 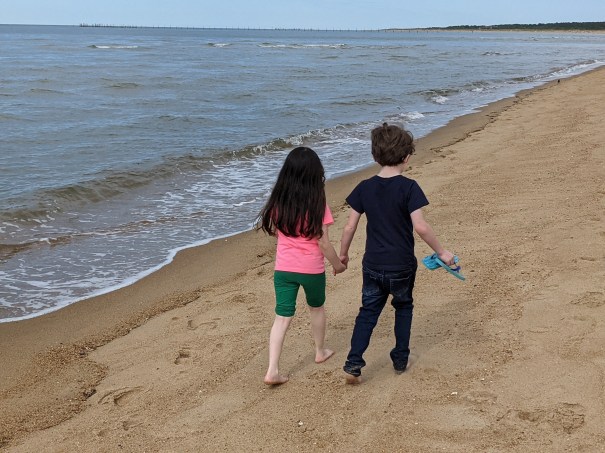 1. We Ditched the Word Nice

When my kids were itty bitty, I used to talk about being “nice” 24/7. Raising sensitive, caring human beings was of the utmost importance to me. But I realized early on I was using the wrong words.

“It’s not nice to take toys. Your sister was still playing with that!”

“Be NICE to your brother. Hitting is not nice.”

Those statements are all true. Biting and hitting are not pleasant. And neither is someone snatching your favorite stuffie. But “nice” isn’t what I meant. KIND is. I had an a-ha moment when my kids were about four. I was sharing a story with my twins' then-teacher about one of my kiddos going above and beyond and really being well, nice, when she addressed this particular child and said, “Wow, that was SO kind of you.”

I was instantly struck that she did not use my words. And I thought, wow, she’s right. I mean KIND. I ditched the word nice as my go-to descriptor from that day forward. Of course, my kids probably didn’t recognize these nuances when I first made the shift. But at seven, they can now tell the difference. For instance, my son came home the other day upset and complaining that his very favorite classmate wasn’t nice to him that day. I immediately empathized with him and asked him what went wrong, He wailed, “She had to pick a partner. And she didn’t pick me!”

To add salt to the wound, his twin sister was picked.

As the story unfolded, I learned that this little girl had to choose her partner. Certainly an awkward and daunting task for a first grader! She had apparently made her choice by the child-equivalent to a coin toss, but my son wasn’t happy with the results. He whined, “It just wasn’t nice! She’s not nice!”

I explained to him that not getting picked isn’t nice (or pleasant) at all! I also explained to him that having to choose a partner, knowing others might get hurt might not have been a nice process for his little friend, either. But, in the end, this child choose to make it as fair as possible, and that was kind.

Nice is a pretty basic word. Rainbows are nice. Unicorns are nice. Nice describes something that is pleasant. Something that, hopefully, leaves feel good vibes. But kindness is complex. Kindness takes so many shapes and, as the example above demonstrates, kindness doesn’t always look nice. Not only have we scratched nice from our vocabulary (or the most part), but my husband and I try to qualify acts of kindness whenever possible. We articulate exactly how an act is kind so our kids know it when they see it 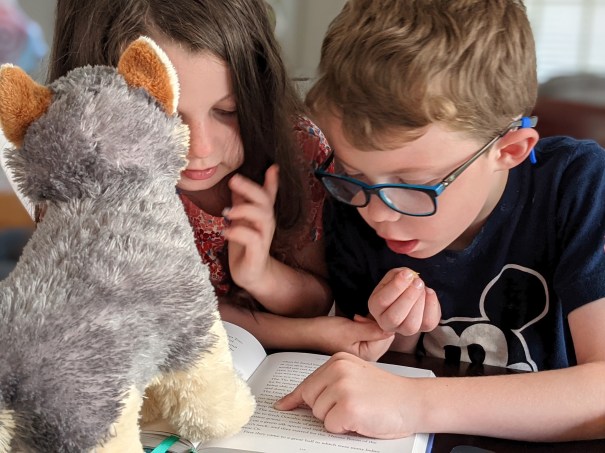 2. We Are Active Observers

Studies suggest that merely observing kindness can boost our mood (and increase our empathy) as we take stock of the goodness that surrounds us. We practice being grateful by reviewing our day as a family. Who made our day better by some small act? Who shared with us? Said an uplifting word? Who included us?

We also flex our observation muscle when we watch TV or read a book. I was a bit of a Sesame Street junkie as a child. Bert and Ernie were my favorite duo, so much so that I invented my own imaginary friend, Bernie. While I was learning my ABCs and how to count with the Count, I was also absorbing very important lessons on empathy and kindness with the original emotional IQ educators.

Most shows don’t unpack someone’s feelings quite like Bert & Ernie do (or my personal imaginary helper, Bernie did). Because most media does not guide kids on their quest to be empathetic, I channel Bernie and try to vocalize what we are watching on TV. Thank goodness for on-demand shows with pause capabilities in this day and age! When someone is offering a helping hand or lifting their friend up through words, we hit pause to discuss how those actions might affect the recipient. We also stop shows to discuss overtly mean, rude or unkind behavior.

We do the same thing with the books we read. Recently, we were reading the delightful (and hilarious) new book, I Am Not a Dog Toy by Ethan T. Berlin. The little girl in this book is extremely unkind to her new toy who simply longs to be her new favorite friend. She makes rude comments about the toys appearance, ignores the toy's plea for a playmate and even shoves the toy. This book was a great leaping off point for us, as a family, to discuss how it is important to be kind to ourselves, too. And that tolerating bully-like behavior like the girl in this book exhibits isn't respecting our own boundaries. 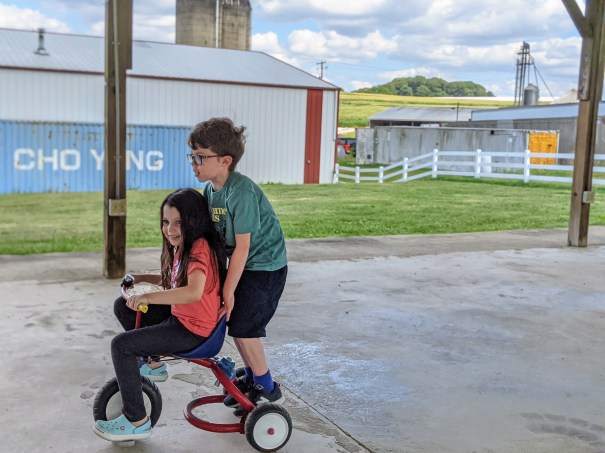 3. We Start with Ourselves

I've read that children who are self-compassionate are more likely to empathize with others. It makes sense; when our kids are able to identify their feelings, work through their emotions and lift themselves up they can lean on some (or all) of those skills when they see a friend in need.

Recently, we've were working through one of life's toughest emotions: Anger. I bought a kid-friendly workbook that had us do silly things like name our anger, draw a picture of what our anger might look like and, most importantly, identify what anger feels like when it starts to bubble up. The book helped take some of the scariness out of anger, after all it is a feeling we all experience from time to time. But both my kids were struggling with how to wrestle with this beast of an emotion when it came flooding into their little bodies. The book helped my kids identify some ways they could self-regulate when they were feeling angry, like take a walk or draw a picture.

After we finished the book, I noticed both of my kids were much more self-aware when it came to their anger. They haven't quite reached a place where taking a walk to calm down is automatic, but they are able to say how they could possibly have reacted differently. But the unexpected reward from this little exercise was their newfound awareness (and empathy) towards others experiencing anger.

Shortly after finishing the book, a classmate of theirs was, according to my kids, very (very!) angry. In the past, I'm confident my kids saw another person AS the angry monster (and not a person simply struggling with an emotion). But being able to simply identify that their classmate was experiencing anger and even taking a stab at what caused this child to become upset in the first place made the situation approachable to both of them. I'm not sure if suggesting to their classmate that they should draw a picture really helped?! But their ability to put themselves in their classmates shoe's is a happy step towards being two kinder kids.