35 Years Later, E.T. Is Coming Back to Theaters 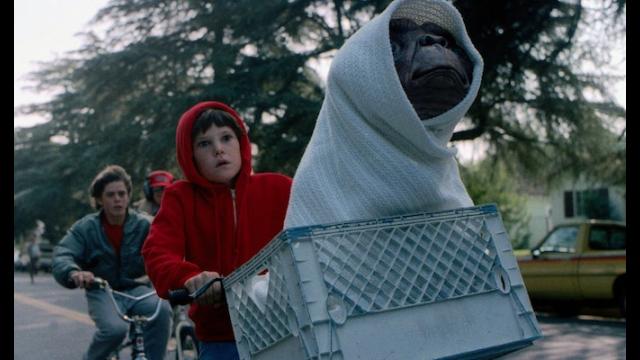 If you want to introduce your little moviegoers to that sweet Reese’s Pieces-loving alien of the eighties, now’s your chance. Fathom Events will be releasing a two-day screening of the 1982 classic, E.T. The Extra-Terrestrial to movie theaters across the country, allowing today’s generation of kids to watch the endearing flick on the big screen. The screening will take place September 17 and 20 in select theaters.

Directed by Steven Spielberg from a screenplay by Melissa Mathison, E.T. is a story, about a 10-year-old boy who helps a young alien find his way home. The film won four Academy Awards, two Golden Globes and earned Spielberg a U.N. Peace Medal. It remains a mainstay in 80’s pop culture, and is listed on Common Sense Media’s list of “Family Movies We Love” (where it says the film is best suited for kids 7+).

Your little ones are sure to ask a few questions about the flick, namely: what the heck is that massive telephone E.T. is using to “phone home,” and where can they get a Speak ‘n Spell?

The screening is part of Fathom Events and Turner Classic Movies “Big Screen Classics” that features a roster of classic films on the big screen. Other films include, An Affair to Remember, The Godfather, Fast Times at Ridgemont High and The Princess Bride. For a full listing and to find theaters near you showing the film, click here.

Click below to see the 1982 trailer for E.T. The Extra-Terrestrial.