4 Highlights from 2020 Worth Celebrating 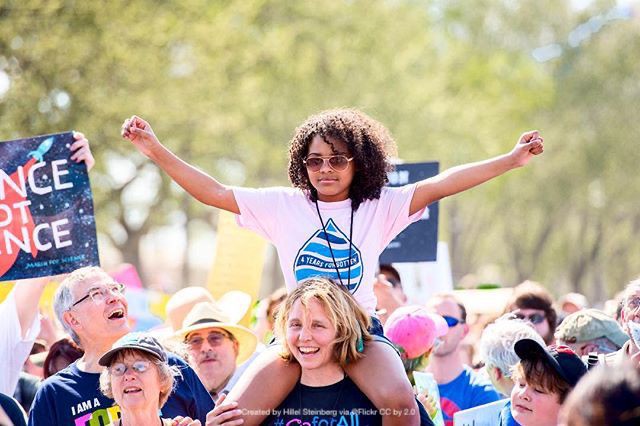 Let’s face it, 2020 threw us a few curveballs, but tweens and teens haven’t let anything stand in the way of smashing their goals and leading the way in activism.

This year will be known for many things, from COVID-19 to the US presidential elections. But for us here at Xyza: News for Kids, 2020 was the year that the next generation really came into its own. Why? While climate-change activist Greta Thunberg and gun-control activists Emma Gonzalez and David Hogg have been getting their voices heard, there’s been a slow and steady trickle of other young people bringing about change in their own inspiring ways. And let’s not forget that this is all during a pandemic, which has enforced distance learning, social distancing, and an isolated existence on this generation. They have really shown the rest of the world how to act when the going gets tough. Take a look at these four top stories!

1. Advocating for Clean Water
When contaminated water in Flint, Michigan took over the news cycle, residents did a lot to make their voices heard. Among the protesters was 8-year-old Mari Copeny, who traveled by bus with fellow locals to attend a congressional hearing. As a resident of Flint, she and her community dealt with dangerous lead levels in their water for months. Copeny even wrote to then-President Obama, asking him to visit Flint and lift people’s spirits. President Obama did visit, and eventually declared a state of emergency for Flint in 2016. Four years later, Flint residents are seeing the first signs of justice, as a court ruled that a $600 million fund be created to support the recovery of Flint’s citizens. As for Mari Copeny? She’s now 13-years-old and actively involved in the Women’s March, and she continues to support and share the voice of her community.

2. Stepping up during COVID
COVID-19 is causing unwelcome changes for many families and communities, and while most are powering through, some kids are doing more than that and are really making the best of it. 6-year-old Andy Soulard raised more than $100,000 for the Oakland Zoo when it was struggling financially amid the 2020 closure. Ayan Gupta and his classmates at Tesla STEM High School in Redmond, Washington wanted to do something to help during the pandemic. With like-minded friends, he was able to prototype, 3D print, assemble, and distribute masks to local hospitals. High-school friends Susanna Lau and Lana Nguyen started SupplyHopeInfo—an effort to get school supplies to kids who need them most.

3. Supporting Black Lives Matter
Kids came out in droves to support the #BlackLivesMatter movement after George Floyd was killed in the summer of 2020. Why did so many tweens and teens participate in the protests?

10-year-old Devin A. from San Francisco said, “I felt that something was wrong and I wanted to make it right!”

11-year-old Mather R. from San Francisco said, “I joined the protests because the oppression and refusal to support Black lives have gone on long enough. I will continue to fight until Black lives have the same seen importance as all other lives, and the protests are a great way to show my support to the Black community.”

Ankit B., a teen from Sacramento, CA, shared, “I interpret BLM to mean that there should be more equality regarding race and ethnicity. Currently, in society, there is a visible bias against people of color and this shouldn’t be the case. The idea of BLM means that people should be equal and not mistreated based on race and culture.”

4. Making Strides in Science
Last, but not least, tweens and teens also made an impact in science and technology during the pandemic. 14-year-old Anika Chebrolu from Texas won the 3M Young Scientist Challenge by researching and developing an antiviral drug to combat the spread of COVID-19. And 13-year-old Alexander Mather from Virginia named the Mars Rover for NASA. What did he call it? Perseverance. This seems quite fitting for 2020—let’s hear it for our super-resilient next generation!

We're two perfectly imperfect moms who have five very different kids between the two of us. We believe that topics in news are a fantastic way to spark conversations in families. That's why we started the Dinner Table Conversation series here at Xyza: News for Kids. Won't you join us in the conversation?
MORE FROM Joann Suen:
Ellen Becomes Elliot, We Have A Vaccine. What's Next?
Red Tricycle > Spoke Contributor Network > Real Talk > 4 Highlights from 2020 Worth Celebrating