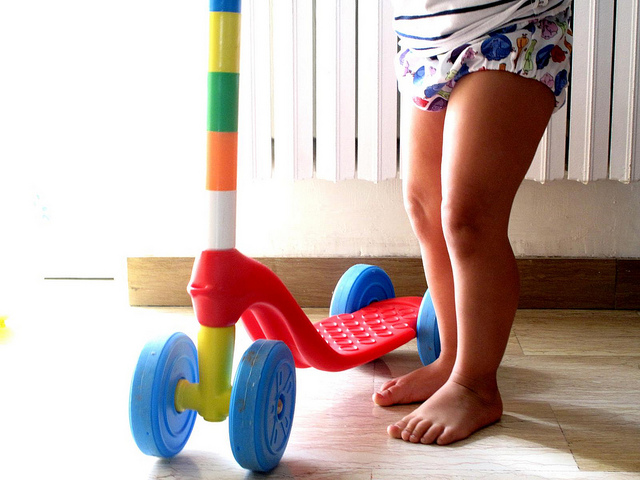 I haven’t been successful with my kids’ potty-training.Whenever I hear unsolicited side comments about my daughter’s inability to stick her butt on the toilet bowl even if she’s four-years-old, I feel bad not just for myself but also for my little child. I’ve tried training and explaining to her why she shouldn’t be using diaper anymore, but I guess every child has its own learning curve. It just so happened that hers was not an impressive one.

Good if your child was able to cope up right away with this potty stuff. While you’re beaming proudly about your child’s accomplishment, it would also be nice if you don’t compare yours to mine, especially in front of my child. You’re a parent, you’d probably know the reason why (does psychological effects ring a bell? Good!).

I’ve learned to understand how my child just can’t do it in one go and I’m ok with her SLOWLY getting away with wearing that “D” thing.

Screaming out in frustration, harsh talking, shaming, comparing her to others – I’ve done that (on top of the traditional way of potty-training). But when I saw how my daughter has struggled with it, I felt guilty and I hated myself for not being able to understand her when I should be the very first soul to do so. I gave up and instead allow her to learn on her own.

Here are the reasons why I am OK (just recently) with my pre-schooler to still depend on a diaper.

1. I don’t want to bombard my daughter with harsh words every time she opts not to drop her bomb in the toilet. I love her so much that I choose not to be pushy over things that she should work on as a growing child. Let her learn on her own and now I’m happy seeing improvements from her.

2. I want my daughter to be spared from embarrassment when in school. Familiar with uncontrollable bowel movement? I don’t know about you, but I’ve grown up hearing (experiencing, maybe?) embarrassing stories when early school-aged children just suddenly dropped it anywhere, anytime when they can’t hold on too long for it. Such incidents sometimes result to absence from school for a week and some would even quit a school year.

3. Let’s be honest, mommies are also spared from frequent changing and washing of bed sheets. Don’t forget the nasty smell when pee dries on your sheets. For longer sleep (at night time), a diaper is a must for your little ones whether you like it or not. Need to mention that awkward feeling of floating in the sea when in fact its a pond of pee in your bed?

4. I love her and I want her to be damn confident even with a diaper on her butt. Every child is unique and special. I want her to feel that despite some of her inabilities, she has tons of things to be proud of. Who says learning to poop in the toilet is a race? She’ll definitely throw her diaper off at the right time.

For the record, she wears it when she goes to school, away from home and during night time. But still, you get this nasty look from people who usually equates successful potty-training to successful parenting (BOO!!).

I don’t care if she’s not consistent with her toilet training. I don’t care if she still wears a diaper on. I don’t care if we still have to stock some diapers. I know she’s trying and she’s improving. It doesn’t need to happen in a snap of a finger. Her inability to “un-diaper” her cute butts won’t make me love her less. I want her to know that, so I’m allowing her to wear diaper even if she’s four. 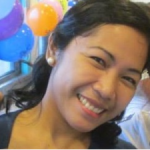 ABOUT THE WRITER Annabella Abalo
ZKBuzyBuzz

I am a proud mother of two adorable little stinkers who wrestles with me in bed and almost everywhere in the house. Motherhood is a great journey packed with sweet, fun, crazy moments paired with endless rants and more blunt stories. Hence, the birth of zkbuzybuzz.com.
MORE FROM Annabella:
To That Freaking Pile of Laundry Which I've Been Trying To Get Rid Off On A SUNDAY, 20 Blunt Truths Of Motherhood, 10 Things You Should Probably Do When Your Kids Are All Grown Ups
Red Tricycle > Spoke Contributor Network > Why I’m Now OK With Diapers Even If She’s Four-Years-Old