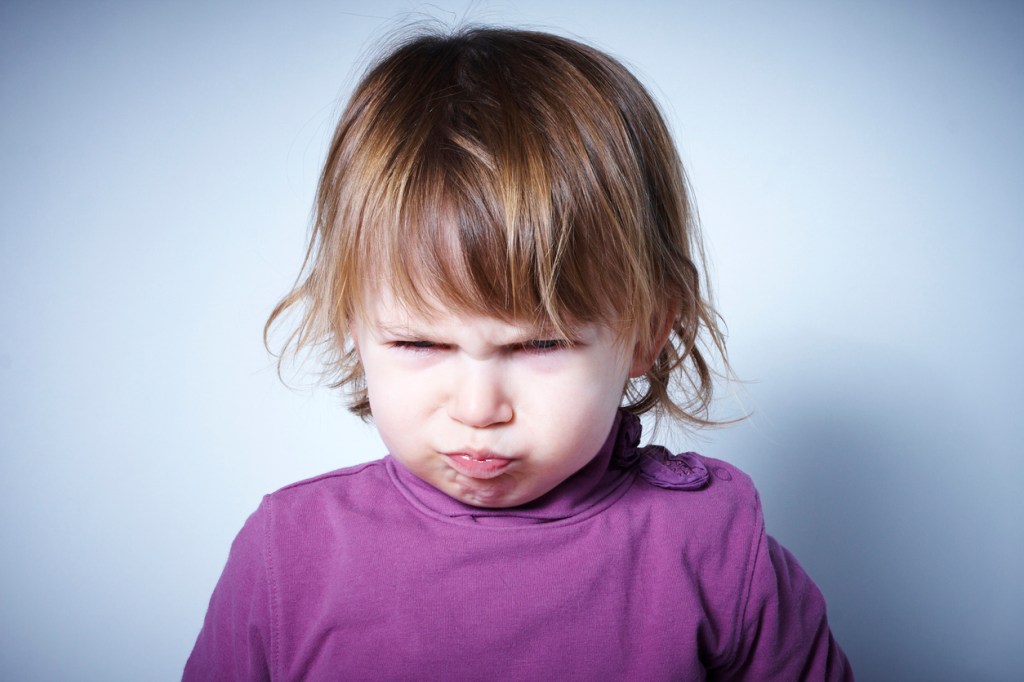 Some children find it difficult to accept their frustrations and resort to expressing their discomfort in the form of a temper tantrum. Take note of how you can keep calm and keep them under control with the following guidelines.

From the moment they are born, children begin to show their frustrations, angers or disappointments. At first they will do so by crying, but as they grow, some can do it through screaming, crying or tantrumsing (that’s a word, right lol?), which is more commonly known as a toddler tantrum.

This is because at certain ages, emotions and feelings are a little complicated to control. There are children who tend to only get angry occasionally and who are able to control their feelings. I personally haven’t seen them in my family but I’m sure they exist!

Knowing how to manage these tantrums is a difficult job for both children and parents, and it is here that the parental patience will have a fundamental role in getting these skills to be successfully developed.

How to teach children to express their emotions
It Is important that we know more or less how to interpret the cause of these tantrums. I say “more or less” because it is not an exact science and many times, as humans, we are mistaken for the mere fact that these patterns of behavior are not easy to identify.

Sometimes, these tantrums can be the result of a delay in the development of the language, even if this is minimal, that is, that our son or daughter, don’t fully command a language yet  so they don’t know how to fully express themselves. There is also a cause-effect and/or repetition pattern with tantrums. For example, if at any time after a tantrum a child was rewarded, they learn to repeat it because he knows that through these tantrums, he/she will manage to get their way. Alternatively, tantrums can merely be the result of fatigue. A tired child is a restless child. Hell, a tired adult is no good either!

Consider five basic keys to be able to control the tantrums of our little ones.

1. Set clear boundaries and limits. Objectivity is essential for the application of these limits, meaning that you should mark them in a concrete way with clear and specific orders.

Another way to limit our children while granting the power of decision so that they feel somewhat in control and that their voices have been is to give them the opportunity to choose between two options. For example: “You Have to wear a coat, do you prefer brown or red?” And of course, the firmness, which can be demonstrated through a sure tone of voice with a serious facial gesture to make them understand that this is no time to joke.

2. It Is very important to earn the confidence of our children and this is only possible through the truth. Telling them the truth will create a bond that strengthen bonds between parents and children over time.

3. It Is essential to pay as little attention as possible to the child when he is enraged, even ignoring It. At this time, our child is demanding our attention and here our role will be to divert it and the most effective way to do so is to ignore them so that they understand that this is not the right attitude and method to go about things.

4. When The tantrum lasts too long or the child begins to exhibit overly aggressive behaviors, we can isolate him in a place where he feels safe, such as his room, so that he can calm down and, after a few minutes, we can try speaking to him again in order to fully understand the motives behind his frustration. Again, not responding, rewarding, or acquiescing to a child’s rants will re-enforce the fact that this behavior is not ok.

5. The last recommendation, would be not to punish the child for every tantrum, because as we discussed above, they are sometimes the result of a child’s inability to express themself properly and are a natural part of growing up.

Look, it’s normal for children (and parents) to suffer through temper tantrums when kids are young. It is part of the maturing process and the development of their self-control. The key is knowing how to respond and of course…patience…lots and lots of patience!