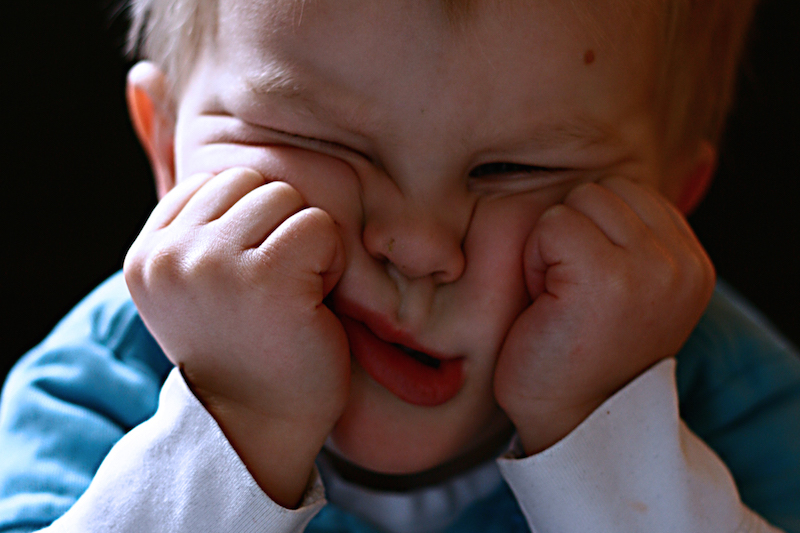 It can sometimes feel like kids purposely push your buttons, disobey rules, and just plain don’t listen, but despite how annoying some kid behaviors can be, the truth is most of them are completely natural. What might be construed as naughty behaviors are actually just normal developmental steps that many kids go through.

Ants In Their Pants
If it feels like your kids are incapable of holding still for even one nano-second, the fact is sometimes they just can’t. Kids have a developmental need to get up and move. Of course you’re not always in the most appropriate place for climbing, so when you know you’re going to be cooped up somewhere, make sure to give kids plenty of time to stretch their legs before hand.

Uncontrollable Impulses
Sometimes it can feel like talking to a brick wall when you ask your kids not to do something and they do it anyway. That lack of impulse control isn’t simply because they don’t feel like listening; research shows that the regions of the brain that are focused on self-control are still developing in children and don’t fully mature until adulthood.

Expressing Their Major Feelings
Kids have big feelings and they let you (and everyone else waiting in line at the checkout stand) know it. Though it might feel like they’re putting on a show, expressing emotions whenever and wherever the mood strikes is perfectly normal for young kids. Parenting expert Janet Lansbury suggests parents “let feelings be” rather than reacting when kids are showing powerful emotions by yelling or crying.

Asserting Independence
When your toddler suddenly decides he has to do everything himself — including getting undressed right as you are trying to walk out the door — it’s not because he’s trying to annoy you. Instead, as experts like Erik Erikson suggest, young kids are trying to learn how to do things for themselves. Though that stubborn “I can do it” streak can get frustrating, it’s a necessary step towards learning to be independent as older kids and adults.

A Need To Play
You ask your kids to get ready for a bath and then suddenly find yourself chasing them around the house. While you might get the urge to yell out “this isn’t game,” for your little ones, any chance at play is worth taking. Wanting to play even when it’s not the best time isn’t a bad behavior, it’s just kids being, well, kids. Expert John Gottman explains that when kids run while you want them to stand still they are giving you a “bid” which is “an attempt to get attention, affection, or acceptance. It is a bid for emotional connection.

Do you agree with these experts? Share your thoughts in the comments.