Adoptive Parenting Can Be Hard—These 5 Reasons Celebrate Your Progress 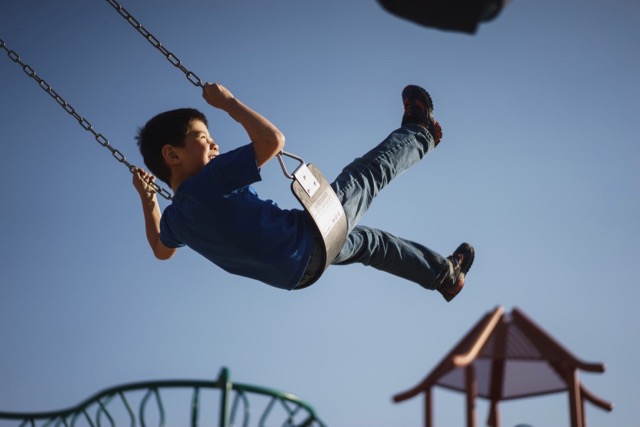 The journey of an adoptive parent is unique, and takes a more windy path than that of birth parents.  When my husband and I adopted three children from Poland at the same time, I naively thought my experience as a music teacher and big sister would be all the preparation I needed.  And while many times love, Bacitracin and a bowl of mac and cheese can cure any boo-boo, some adoption challenges cannot be approached in a traditional way.  The hardest part is criticism from well-meaning friends and family who do not see the larger picture you are sketching.  Mostly, you have to understand that their lack of empathy stems from parenting experiences that have had fewer obstacles, and it is very important to be your own cheerleader with every step forward.  You must know that God is in your boat, even if it feels like everyone else is rowing in the opposite direction.  It is important to remember that adopted children have been functioning, sometimes for years, with their behavior uncorrected, and all you can do is take one firm but gentle step at a time.  The following milestones are reasons to celebrate your progress:

The first time my two sons and daughter sat down to dinner with us was something out of a movie.  The kids wanted desperately to help me cook and set the table, but would not stop when I asked them to sit down.  Our threats of taking away their TV privileges had no effect, and they refused to go into time-out.  Instead, they ran around the table in laps, darted to and from the refrigerator, and barely touched their food.  It took several weeks of following through with consequences and coaching them through bites before they could sit through a meal and finish most of what was on their plates.

Brushing teeth and taking showers were met with stalwart resistance.   Establishing a loving relationship needed to happen before they trusted me enough to put them in an enclosed space with hot water raining down on them.  Keep in mind if you have just adopted a child that a ship-shape routine may not be possible at first.  If, after several weeks and much coddling and coaching, your child is having three meals a day and bathing with some regularity, you are doing a wonderful job.  Often, letting kids make decisions such as wearing a sweatshirt or a sweater to go outside makes them feel more in control and they will be more likely to cooperate.  Keep in mind that they may have had frightening experiences with caregivers in the past, and you want to let them know that you are on their side.

2.  They Miss You When You are Gone

My middle son was so defiant at first that I was stunned when he had a meltdown because I had to leave to conduct a concert.  It was a sign that, no matter what he said or did when I crossed his will, he was becoming attached to me.  Love and consequences will change behavior with time, but when your children cling to you even while they are disobeying you can be sure that they are beginning to see you as a source of stability.  Be patient and don’t give up.

3.  Things Are Better Than They Were Last Week, Last Month, And Last Year

When my kids fuss at the store because they don’t like the outfit I picked for them, I remind myself of when we couldn’t take them to the mall without having to chase them up and down the escalator for ten minutes.  Children who are not adopted have difficulty accepting disappointment, and it is even more stressful for kids whose birth parents have abused or abandoned them.  As their reactions become less hysterical, congratulate yourself on providing a home in which they know life will be okay if they don’t get what they want.

4.  You See Steps Toward Progress at School

My kids were not at grade level at first because they spoke a different language, and it was a little nail-biting to see the low numbers on their report cards during the first few months.  If at home your student can begin to read three-letter words out loud or do simple math problems, you are moving at an impressive pace.  Your child may never have had to give attention to academic issues before.  Knowing that they are doing now what they could not do in September is a milestone that you should celebrate, and know they will reach their potential with practice and time.

5.  They Begin to Call You Their Family

I was very upset when my kids drew on the wall in their room, but my heart melted when my youngest said “dat’s…our family.”  He had drawn a picture of us:  Mamma, Tato, and all three kids as stick figures in a row.  Blending and bonding are not just words in the adoption books; they are real challenges in the beginning phases.  When your children begin to see you as a unit, you can be sure that you are moving in the right direction.

ABOUT THE WRITER Rebekah Yahoves
I am a writer, mother and music teacher from Long Island who recently adopted three children from Poland at the same time.  I love chasing them around, cooking, and reading crunchy fiction.  Below, I am including a link to a recently published work.   http://enigmalife.com/stories/becoming-a-mom-in-a-moment
MORE FROM Rebekah:
Becoming a Mom in a Moment
Red Tricycle > Spoke Contributor Network > Adoptive Parenting Can Be Hard—These 5 Reasons Celebrate Your Progress