The 5 Real Stages of Accepting Your Kid’s YouTube Ambitions 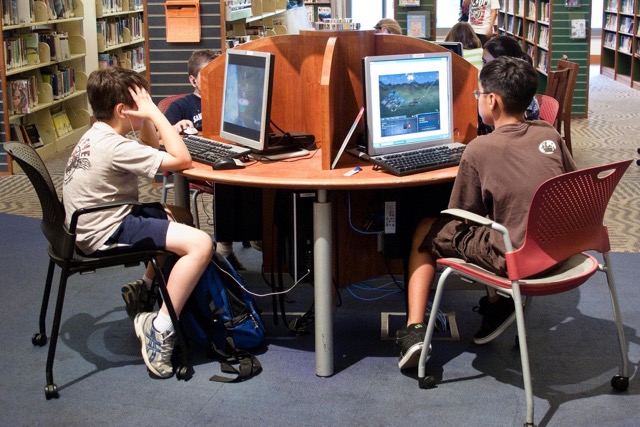 When my first born, Auzan, turned six years old, he was introduced to the intriguing and regrettably addictive world of Minecraft. I watched from the periphery as he spent hours building mansions and debating on the finer points of survival mode versus creative mode. I was cautiously optimistic when he and all of his first grade friends fell deep into the ever-expanding world of Minecraft but as he got older, Auzi began watching endless Minecraft vlogs of DanTDM, an incredibly popular gamer with over 15 million followers on youtube.

Inevitably, my kid declared that he too was going to grow up and become a YouTuber, just like his idol. I’ve always fancied myself as an unconventional mom who would wholeheartedly embrace whatever career path my kiddos chose as long as it didn’t involve sex, drugs or the Tea Party. But as the years passed and Auzi became more determined, I had to face my own biases about this whole gamer business and what I not-so secretly considered to be a fake career.

As I’ve navigated through the hand-wringing process of coming to terms with my son’s youtube ambitions, here are the 5 stages I hobbled through:

Dismissal. At first, I laughed it off like the time he said he wanted to be a garbage man when he grew up. There’s no merit to the vocational desires of a whimsical first-grader, right?

Disbelief. Why does your child insist on watching grown men play Minecraft instead of actually playing the game themselves? Why is your kid running a commentary alone in the room while s/he plays this poorly-pixelated game? Are there other 7-year olds out there quietly mastering the art of soliloquy without knowing what the word means?

Debate. This is when you get to behave like your own parents from 2 decades ago as you try to wax poet about altruistic professions that will make the world a better place (Doctor! Teacher! Environmentalist!). Don’t despair when your attempts are thwarted by the glacial resolve of an 8-year old.

Deliberation. Getting back to your parents, didn’t their generation also think that there was a delusional quality in wanting to become a writer or musician? Are you really going to go down the path of all the villainous ’80s parents who tried to stand in the way of a kid and their dreams? As these kids navigate the recently charted world of social technology, remember that they are doing it for the same purpose as the generations before, the desire for connection.

Discovery. Examine the values hidden behind this youtube generation and better understand this population of kids who makes up 80% of youtube’s core users. Notice how many kids around want to become youtubers and take your child to a DanTDM show. Sit down and build a mansion, watch some minecraft vlogs or slaughter some creepers with your kid. The point is, try to cultivate interest in your kid’s career aspirations, no matter how absurd it may seem to you!

ABOUT THE WRITER Sara Ahmed
The Writer Sara

Sara Ahmed is a freelance writer for Babble & Scary Mommy. When she’s not busy raising her two boys, Sara yields her powers as a dubious matriarch in her casa de testosterone.
MORE FROM Sara:
5 Stages For Parents Whose Kid Wants To Grow-Up And Become A Youtuber
Red Tricycle > Spoke Contributor Network > The 5 Real Stages of Accepting Your Kid’s YouTube Ambitions