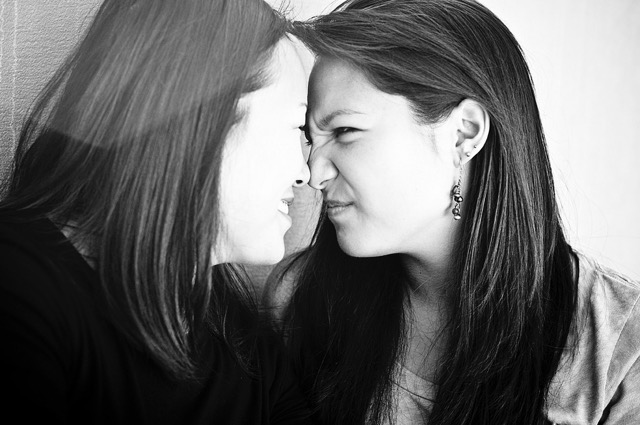 “Mom, Marcy isn’t talking to me,” my 12-year-old daughter sadly exclaimed the other night.

My stomach tumbled a little. Who wants their child to experience drama or conflict, even though we know it’s an inevitable part of life?

I asked for the backstory: My daughter stated an opinion; that opinion hurt Marcy’s feelings.

“I can’t stand someone being mad at me,” my daughter moaned. “I want to take care of this.”

Brava to my daughter for her willingness to face conflict head-on. As a long-time communication professor, I know that cultivating confidence in the face of disagreement is a critical life skill. But let’s be for real: Many adults struggle to “fight right” (under certain conditions, myself included!). How could I squelch my mama-bear inclination to swoop in and save the day, and instead buoy my daughter to practice her own conflict st‌yle?

Here are the talking tips I used:

“Only talk to the source.”

When Marcy wouldn’t speak to my daughter, one of Marcy’s representatives tried to act as a go-between. I told my daughter that well-meaning “extras” muddle messages and make situations far worse. “Thank the friend for her concern,” I said, “But say you’ll wait to talk to Marcy, herself.”

“Get your friend on the phone.”

Raise your hand if you’ve had an argument on text. I’m raising my hand—and I’m a communication prof. I know better! Did the conflict escalate? Take twice as long? Probably. I told my daughter that real-time conversation would allow her sincerity to shine through. She’d also hear Marcy’s tone upon receipt of the apology.

“I will contact the parent only to help you make connection.”

My daughter texted Marcy to schedule the conversation, but … crickets. I don’t know Marcy’s parent, but I happened to have the number from a previous slumber party. I messaged, “There was a disagreement at school today and my daughter would like to clear the air, if possible. Can she call your daughter?” Sure enough, my daughter’s phone lit up a few moments later.

“A sincere apology is enough.”

Adults know that the after-conflict conversation is almost more critical than the apology, itself. Both parties can gauge if things will be strained or back to normal. My daughter worried about this: “Marcy said we’re cool. But what if we’re not?” I said, “You reached out. You attempted to make things right. You don’t have to beg for more forgiveness.” Many adolescents feel they must in order to gain and keep friends.

“Other people may not handle conflict like you do, and you’ll have to accept that.”

Running from confrontation is a popular sport. I believe that constructive conflict strengthens an individual, and a relationship. I want my daughter to believe the same. But if Marcy’s cold shoulder continued, I suggested this was important information to consider about the type of friends my daughter wants and needs.

In other words, people who are brave enough to argue and emerge positively on the other side. I want my daughter to be one of those confident and competent conflict managers. And until she’s ready, my prompts, her words. 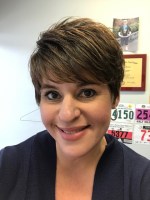 ABOUT THE WRITER Ellen Bremen
The Chatty Professor

Ellen Bremen, 17-year Communication faculty and the author of Say This, NOT That to Your Professor: 36 Talking Tips for College Success, resides in West Seattle with her husband, 14-year-old daughter, and 9-year-old son. Ellen's communication tips have published in USA Today, Washington Post, and U.S. News and World Report.
Red Tricycle > Spoke Contributor Network > Drama Overload? 5 Talking Tips for Tweens