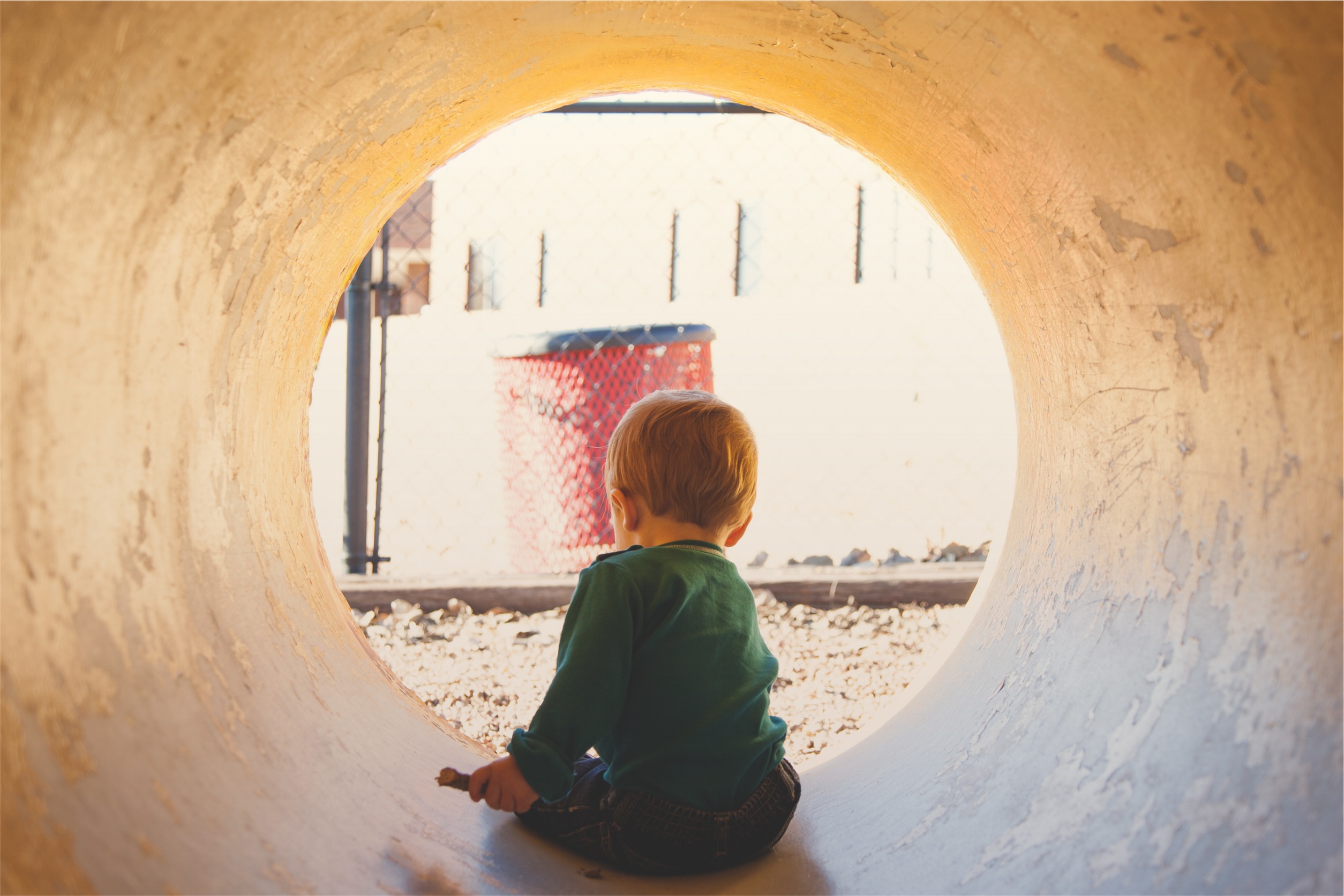 ***This post originally appeared in my Medium publication: HellJoy: How to Survive Parenting***

My life stopped, started, and was forever redefined in the span of that simple little four-word sentence. Up until that moment, our son was an abstract idea; a daydream; a grainy home movie where you know who everybody is but just can’t quite make out their faces or hear their voices. That changed on April 4, 2011, when I got the call, and roughly 14 hours later on April, 5, 2011, when he made his scrunched-faced, pissed-off, life-altering debut.

That was five years ago. That five-word sentence is almost as jarring as the four-word sentence above. Five years. 1,850 days. 44,000 hours. Holy. Fucking. Elephant. Shit.

So how is life different? What have I learned? What do I know now that I didn’t know 44,000 hours ago? The list could easily slip into quadruple digits, but here are five big ones.

1. No Such Thing as Perfect (So Why Are We Pretending?

Yes, the title sounds like a David Byrne album, but it also alludes to a question that parents don’t ask themselves nearly enough: Why? Why am I putting so much pressure on myself? What am I actually trying to achieve here? Is the world going to end if she doesn’t have three more bites of grilled cheese? If he doesn’t perfectly enunciate his breakfast order at the shitty diner will he be relegated to working there?

Now, you HAVE to do this shit sometimes, that’s the gig. But maybe we don’t have to do it ALL of the time. Maybe we just need to give ourselves a break and say, “Fuck it.” Fuck it: eat toothpaste for dinner. Fuck it: sleep in your rain boots. Fuck it: bring your floatie to Jamba Juice. Like a coach during a blowout, sometimes parents just need to concede the game and pull their starters. Why is this important? That brings me to:

When you’re playing Solitaire and get stuck the computer will say, “no useful moves detected” which is a better descriptor of HellJoy than I could ever come up with. Sometimes there’s just no way to cajole, caress, castigate or caution your way out of a situation. Meltdowns are like meteors, most of them you can spot long enough in advance to prevent the full impact, others are just coming no matter what.

Here’s the key with this and the last section: you need to be OK with being OK. Having a “Fuck it” and then feeling guilty 30 minutes later defeats the purpose. You are doing a GREAT JOB. The fact that there are no useful moves detected is not a reflection of you or your kid, it’s just the way this shit works. Allowing yourself to be OK with being OK makes it an inch easier.

A portmanteau of Accomplishment + Joy + Nostalgia, my obnoxiously titled new creation describes an emotion that is entirely unique to parenting: when you feel proud, happy and sad at the exact same moment. An example to put this into context: your kid is scared of monsters and you have to talk them out of it. You explain, you explore, you try new things, and finally the light bulb goes on and you break through. Enter NostalJoyMent. You are proud of yourself for figuring it out; you’re so happy that your kid is happy and not afraid of monsters any more; but you also feel sad that you have a kid who’s old enough not to be scared of monsters anymore. It’s fucked, right?

NostalJoyMent happens daily and includes the big stuff you know is big as as it’s happening, like learning to ride a bike, and the smaller, seemingly inconsequential moments that somehow hit just as hard, like getting a glass of water for themselves. Big, little and everything in between, you are never safe from your heart when you have kids. Which brings me to:

4. The Days are Long but the Years are Short

Just because it’s a cliche doesn’t mean it’s wrong. The second worst time of the weekend: bed time on Saturday night. You’ve been running around all day and you’re ready for a drink and a breath. Kids can smell that desperation the way homeless people can smell empathy and immediately dial the defiance up to a 17. It sucks. The absolute worst part of the weekend: bed time on Sunday night because the weekend is over and you have to leave. That’s parenting. The same ritual, the same routine, but it means something different, it feels completely different because of time.

Time, that whore cunt of a dick punch that either runs or walks but never fucking cooperates. Time fucks with you on Saturday and fucks you up on Sunday and a week goes by and here we go again. Get up. Get to lunch. Get to dinner. Get through bed time. Get to Friday. Get get get then gone. Then he’s sleeping, rolling, sitting, standing, running, talking, laughing, growing. Then he’s five. Five! Five?!?! Thank you, Time. Fuck you, Time.

There have been some tough moments, some disgusting moments, some frustrating ones, and those hours or maybe days were long. But five whole years went by in the blink of an eye. I’m so happy that he’s five and so sad that in a few blinks he’ll be ten. Which brings me to:

5. All That Matters is What You Leave

Maybe it’s because I turn 37 in a few weeks and am nearly halfway to 75; maybe it’s because I have a five-year old when I had a newborn a few blinks ago; or maybe it’s something buried in my subconscious that’s slowly leaking out, but I’ve been thinking a lot about mortality lately. Whether it’s walking or running or something in between, the one constant with time is that it’s finite. We get what we get and then it’s gone. What will we leave? How will we be remembered? What are we doing here anyway?

Think of life as a quilt. Your life is one square, your parents are one square, your kids are one square and you give them everything they need to make their own squares. Once the quilt is big enough, your square fades and loses most if not all of its identity, but it doesn’t need to look good anymore, it already did its job. Sure there’s some blatant narcissism in my quilt theory but it makes me feel better so fuck it.

This post is a tough one to write because most of what I’ve learned in five years can’t be put into words. Maybe all I can say is: it gets bigger. The job, the responsibility, the challenge, the love. I’m actually kind of amazed that I’m still writing this blog. After two years, I’ve written approximately 15k words about my kids. Every time I feel the well may be dry, I go check and amazingly it’s overflowing again. That’s because you never stop trying; never stop learning; never stop having your definitions be redefined. Or, said another way, my kids keep giving me completely new reasons to love them.

At the end of one of those great parenting days, where most things go right and you feel in sync, you close their bedroom door and rejoin the adult world with your heart bursting with NostalJoyMent and feel satisfied and full. Then the next day is better; and the next day better than the last. What have I learned in five years? It gets bigger. 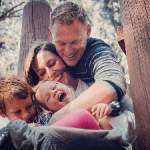 ABOUT THE WRITER Casey Lewis
Helljoy: How to Survive Parenting

Parenting is an amazing, life-affirming, life-changing experience...and it kinda sucks sometimes. That simple premise spurred the creation of HellJoy, a place where parents can celebrate and complain about their kids in equal measure. For more like this, please visit my Medium collection.
MORE FROM Casey:
The Seven Hardest Things About Parenting That No One Tells You, 182 Days of HellJoy: How to Survive the First Six Months of Parenthood, “Please Get Your Finger Out of Your Butthole” and Other Weird Things Parents Say
Red Tricycle > Spoke Contributor Network > 5 Things I’ve Learned 5 Years into Parenthood