5 Ways to Talk about Pride Month with Kids 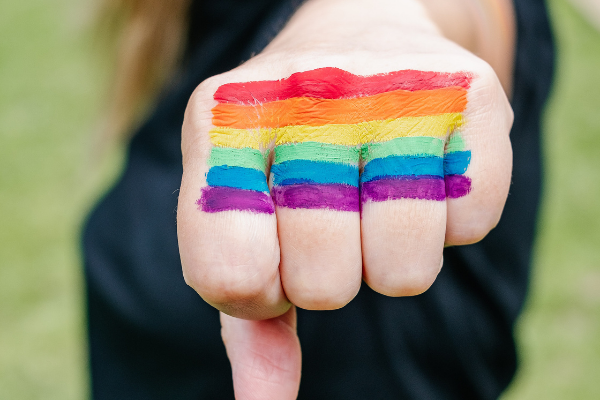 Photo: Via Xyza: News for Kids

1. Talk about the History of Pride
Why is June Pride Month? In the United States, Pride Month is celebrated in the month of June to remember the Stonewall riots, a series of riots that erupted throughout New York City in June and July of 1969. These riots were a response to the police raid of the Stonewall Inn in New York City’s Greenwich Village, a popular gathering place for the young LGBT community during the early hours of June 28th, 1969. The police arrested employees for selling liquor without a license and roughed up the many patrons inside the inn. As police dragged patrons out of the bar and into police vans, people outside the bar watched and grew increasingly enraged. A riot soon ensued and continued for the next five days. Historians mark the Stonewall riots as a turning point in the gay rights movement.

2. Test Your Pride Trivia: Learning = Winning
How many countries have legalized same-sex marriage? Why is the rainbow flag a symbol of LGBTQ pride? What do the colors in the Pride flag mean? Which country hosts the largest Pride parade in the world? Which U.S. Presidents have acknowledged Pride month in the past? Answer trivia questions and learn a little more about Pride Month here.

3. Learn about How LGBTQ Rights Have Shifted around the World
In 2019, Ecuador became the fifth South American country to legalize same-sex marriage, Taiwan the first in Asia, and Northern Ireland the last of the countries of the United Kingdom to do the same. In 2020, Nepal announced that residents will have the option of declaring themselves female, male, or other gender in the next census. This was a big step towards acknowledging the fact that the LGBTQ community exists and that resources should be allocated to this minority population. These are just a few stories about the ongoing fight for LGBTQ equality happening around the world. For more news about LGBTQ rights, click here.

4. Get to Know People of Pride
Denise Ho is the first mainstream female singer from Hong Kong to declare herself lesbian, almost twenty years after she gained popularity. Kasha Nabagesera is a gay rights activist who continues to lead the fight for LGBTQ rights in Uganda. Did you know that New Zealand’s parliament is the queerest in the world, with twelve out of 120 members identifying as LGBTQ? Read about the people of Pride here.

5. Stay Informed: Changing Laws, Change Lives
What does the law have to do with the LGBTQ community? A lot! With one signature, the governor of Florida brought a new law into effect that barred transgender females (or those assigned male at birth who later transition to being female) from playing on girls’ teams in public schools. Read more here.

When President Biden took office, one of the first things that he did was to overturn a ban that would no longer allow transgender Americans to serve in the military. Read about why he overturned the ban here.

In February, the House of Representatives passed the Equality Act. This act would make it illegal for businesses to discriminate against people who identify themselves as lesbian, gay, bisexual, transgender, or queer. Now, it’s up to the Senate to review and vote on the act. Read more here.

We're two perfectly imperfect moms who have five very different kids between the two of us. We believe that topics in news are a fantastic way to spark conversations in families. That's why we started the Dinner Table Conversation series here at Xyza: News for Kids. Won't you join us in the conversation?
MORE FROM Joann Suen:
Judge Agrees With Australian Teens
Red Tricycle > Parenting Advice > Big Kids > 5 Ways to Talk about Pride Month with Kids