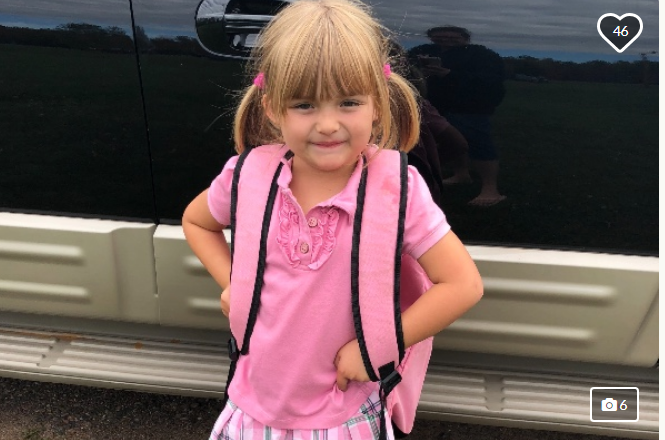 Who has a “you can’t get up from the table until you finish your milk” rule in their house? Many of us grew up with the drink your milk commandment. And many of us passed it on to our kids. Five-year-old Sunshine Oelfke has a milk with every meal rule in her house. That’s why the kindergartner was confused when one of her classmates didn’t have milk at school. Her confusion turned into concern. But it didn’t end there. Check out what this amazing little girl did next.

The next day Sunshine did what she could to help her friend — she brought in money to pay for the other child’s milk. Oh, this wasn’t money that she asked for or money that someone just gave her. Nope. The little girl earned it by doing chores. She’s been saving her money, trying to buy a snowmobile (she’s apparently obsessed with snowmobiles).

When Sunshine’s grandmother, Jackie, saw the generous gesture her granddaughter had made she helped the 5-year-old start a GoFundMe campaign. In less than one week, the campaign had earned more than $600. And now, the little girl is using the money to help children at her school who are in financial need.

Is your child charitable? Share your story in the comments below.