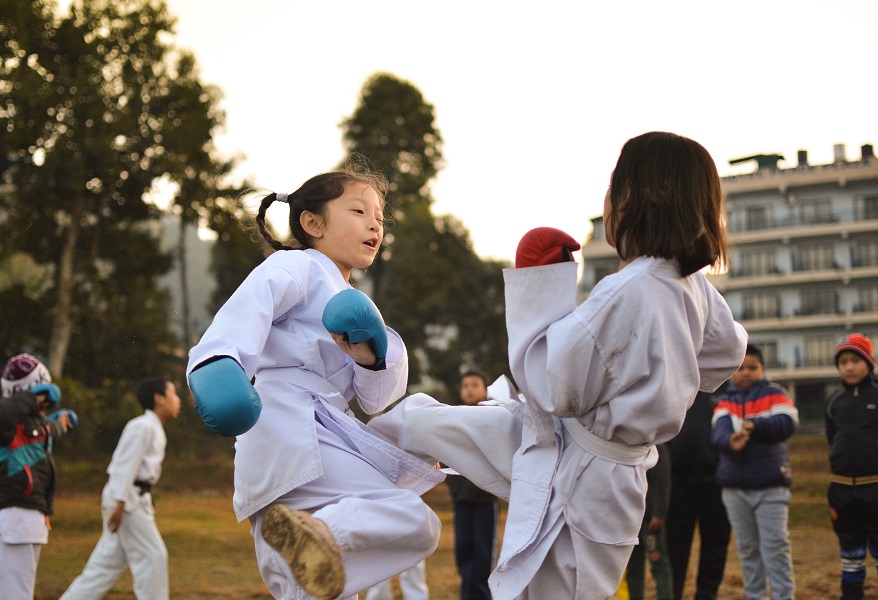 While the world has been social distancing, family units have been getting a healthy dose of together time. Siblings especially have spent an extended amount of time together without friends or activities. Some days have probably been amazing. Others may look more like a WWE match. Hours upon hours of sharing and interacting can begin to wear any friendship thin.

Either way, it is normal for siblings to fight. Siblings rarely share similar personalities despite being raised in the same family. Differing ideas, preferences, goals, wants, needs, temperaments, and personality traits are going to create friction. Maybe even cause a few little fists to fly. Rest assured, there are things you can do to help your kids get along better, and also to change any behaviors that might trigger a tussle.

When your kids start to royal rumble, try these 6 strategies:

1. Let them work it out. The first thing to do if your kids are arguing is to wait and see if they can work it out themselves. Depending on the age of your children, sometimes they can come to a conclusion on their own. Do this only if the argument is verbal, never if it’s physical. If kids start physically fighting, stop it immediately and help them to calm their bodies.

2. Separate and calm. If you have a little one who immediately lashes out physically by pushing, hitting, or kicking, offer them something else to make contact with when they are mad. It’s never okay to hit, but you can punch a pillow, rip up a newspaper, or kick a bean bag chair. Then take some deep breaths and calm down.

4. Verbalize feelings. Kids often react to emotions quickly and don’t always know what they are feeling. Saying the feelings out loud for them helps to ground them at the moment, and help identify what is going on internally. “Jimmy, it sounds like you are really mad that Lucy took that LEGO when you wanted to use it.” And “Lucy, you are feeling jealous of his LEGO house, and now your feelings are hurt because he said yours is dumb.” So often, when my kids hear me spelling it all out with their feelings, instead of telling them what to do, they feel validated and can move on. Sometimes they even apologize to each other without being prompted.

5. Pay attention to the need, not the negative behavior. When kids repeat the same frustrating behaviors that cause fights and friction, it is likely because they are trying to meet a need. For example, if a child is picking on their younger sibling to bug them, they are probably bored, jealous, or feel hurt by that child and want to pay them back. When we see negative behavior, we instantly want to give a consequence to make it stop. But when we do that, the child’s need fails to be met. The conflict will likely return. It is much better to ignore the behavior and pay attention to the need. When kids are fighting, say something like, “I wonder if you’re doing that because you’re mad/sad/worried/hurt?” This identification gives the feelings attention, not the negative behavior. Offer positive ways for the child to get attention, such as asking the sibling to play, for a hug or time together.

6. Shake some love. I remember a video I saw a few years ago where a mom talked about her “love shaker.” It was a can she had put rice in and taped up. Anytime her kids seemed like they were having a hard time, she would shake it over their heads and say she was shaking love all over them. I thought it was the sweetest idea, and while I still haven’t made a can of my own, I do something similar when my kids are bickering. Without teasing them or minimizing their problem, I start hugging them and telling them how amazing they are. I gush about how special and kind and thoughtful and gorgeous and funny they are. Sometimes I even use a silly accent. They giggle and roll their eyes and forget what they were fighting about in the first place. Sometimes kids are feeling bad about themselves and don’t know what to do with those big feelings, so they take it out on siblings. Shaking love on them and reminding each kid how awesome they are helps them feel good, like they want to share the love too.

Arguments between siblings are incredible learning lessons for how to interact and argue in healthy, appropriate ways within various relationships throughout their entire lives. Siblings fight, but they can learn to work it out, makeup, and get their needs met. The important thing is to stay calm and help each child verbalize feelings without throwing a fit or a fist. Godspeed, my friend.

ABOUT THE WRITER Krissy Dieruf
KrissyDieruf

Krissy Dieruf is a licensed marriage and family therapist. She lives in Minnesota with her husband and three children, loves to sing and dance around the house and has a soft spot for rebels and crazy hair.
MORE FROM Krissy:
Facebook
Red Tricycle > Parenting > Adulting 101 > 6 Strategies to Stop Siblings Fights & Restore the Peace