7 Ways to Know if You Have a “Target Problem” 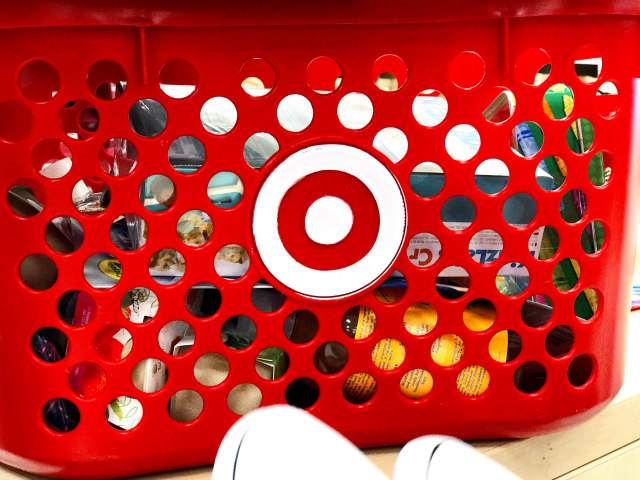 What are they pumping through the vents in Target stores?  Seriously, I would like to know because whatever it is causes people, especially grown women to completely lose their minds.  I’ve seen mothers abandon their children to try on an $11 sundress.  I’ve seen others with dazed looks in pajamas pants and flip flops just wondering the isles…seen, been, whatever. I visited that black hole of a store with my children.  I picked them up from a class they had at 12:30, made it to the closest Target store about ten minutes later and walked out at THREE O’CLOCK!!!  I meeeeean, how does that happen?  Why does time stop and all rational thinking go out the window upon entrance into a Target store?  I caught myself putting tiny fake cactus plants in my cart the other day.  I came to my senses in time to put them back, which is rare, but the fact that in that moment, it made absolute sense to spend my hard earned money on not just one but three of them, (so that I could group them of course), is problematic.  Where was I going to put them?  No clue, but I needed them!  I realize now that…my name is Marquita and I’m a Target-holic!  Yes, it’s a thing, and here are seven ways to know if you too, might have a “Target problem”.

1. You CAN NOT pass by the “dollar bin” – or what used to be the dollar bin.  Now they have nerve enough to have things $3 and $5, in there.  Has it stopped anything?  Nope.  I can see it already happening in my Hannah.  Poor thing has no idea why she’s suddenly drawn to things like random, tiny bottles of glitter, or “super cute” cakes plates that are probably to small to fit an actual cake.

2. You start planning for things that only cross your mind while you’re IN Target – You suddenly believe you’re one of those people who will set out those adorable seasonal salt and pepper shakers in housewares.   Greeting cards make even a 7 and 9 year old stop dead in their tracks to catch up on some “reading” and before you can say a word, you think, “When is teacher’s day? I’ve been meaning to grab cards for that.”  My nine year old daughter started walking around picking out things for her FUTURE HOUSE!!!  I can’t get her to think far enough ahead to remember a water bottle for track practice but Target has her picking out shower curtains for her first apartment!  This only happens IN Target.  She walks around talking about her color palette, which right now consists of all white walls, neutrals, with pops of pale yellows and blues.  Sounds lovely, can’t wait to visit.

3. You NEED things at sight of those “sale” stickers – I heard a mother forcing cookies on her daughter and another pushing a coloring book on her son.  That girl didn’t want the cookies and he didn’t want the coloring book but mama was in Target so it was happening whether they liked it or not.  I considered ‘wall mounts” that were actually just large stuffed animal heads for far longer than I should have because they were on sale for $18.  Yep, taxidermy as if one went hunting in Toyland.  I thought they were rather ridiculous before, but now, at $18, hmmmm, suddenly worth thinking about.  What’s wrong with me?

4. You DO and BELIEVE whatever the Target tells you –  They have these signs  around the stores  that say, “cart stopping deals”, so what do you think I did.  Yes, damn it, I stopped my cart!  I’m not proud of it, but they were right and suddenly in my cart was a toothbrush holder with “brush” engraved in it and a lovely turquoise Dutch oven pot that I’m very excited to make some delicious summer squash soup in this weekend, thank you very much!  I’ll post that recipe another day…using THE POT! BOOM…justified!

5. You rummage “go back” carts for hidden treasures – My children were like scavengers digging through a cart of things meant to be put back.  I stopped them but not without undercover craning my neck to it’s limits to make sure we all weren’t missing out.

6. A strange boldness comes over you in Target – you offer unsolicited opinions, the kids get very chatty.  They helped a woman pick out a birthday gift for her granddaughter…she went with Shopkins.  I remember being in the hair care section when Hannah was younger and a boy says to his mother, “You know there are actually more people on the planet with curly hair than straight hair?”, to which my little ball of sunshine with a head full of golden curls blurts out, “yeah, right” and starts pointing back with her thumb repeating what he said as if it was the most ridiculous thing she’d ever heard.  We’re doing our best to instill confidence, but dang!  I’m not even fully convinced it would’ve gone down the same had we not been in Target.

7. You spend all of your money on things you never wanted before that day and forget to get what you actually went there for in the first place – Hannah had $4 in her pocket when we got to Target.  Do you think she left with $4??  Of course not, Target won!  She treated herself and her brother to Tic Tacs, at check out only adding to the randomness of it all.  Since when are they remotely interested in Tic Tacs?  I have no idea if I even got what I went there for.

I should perhaps give my son photo cred for the “Target Art” featured above.  He stole my phone while I was distracted trying on shoes I don’t need.  He could’ve taken pictures of anything but was clearly hyponotized by the bullseye as well and now in my phone lives various images of my basket from different angles.  This is a real problem people!

So, what award winning ridiculousness did I walk away with?  A Kidzlab Crystal Mining kit, (it’s science), tiny pots with seeds in them so apparently we’ll be growing miniature strawberries and cucumbers very soon,  glitter crayons, coloring book, Goldfish (the snack not the animal), rainbow colored tissue paper (for crafting, I guess, who knows), white tennis shoes for Hannah to draw on, mouthwash, shampoo & conditioner, (full of empty promises I’m sure, to add to my enormous collection of shampoo and conditioner) and while I walked to the register with two pairs of shoes in my basket, I refrained.  Just enough fresh air must waft in from the front doors making such decisions possible.  That said, they were really cute…I’ll be going back…like tomorrow. 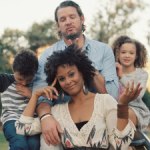 ABOUT THE WRITER Marquita Lanier
Love, The Laniers

Marquita is wifey and biggest fan to her singing, songwriting/entrepreneur husband TJ, and mom to two curly cuties, Hannah, 9 and Zion, 7. She's a homeschooling/writer/actress/content creator who along with her crazy little family is blogging her way through creative pursuits, life and love in Los Angeles, CA.
MORE FROM Marquita:
MOM LIFE: The gift of Motherhood; interview with actress Kristen Miller, She's my reason: My "natural hair" "black actress" journey, Lessons learned through my kids and team sports
Red Tricycle > Spoke Contributor Network > 7 Ways to Know if You Have a “Target Problem”