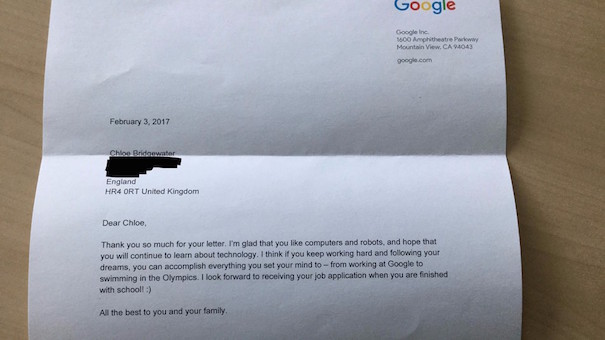 7-year-old Chloe Bridgewater already has some serious career goals. Like any girl who knows what she wants, she’s not afraid to go after it. After learning what an awesome place Google is to work, Chloe sent in her own job application and she received a surprising response from none other than the mega corporation’s CEO, Sundar Pichai. Read on to learn more about her future at the company.

Chloe’s letter, which was addressed, “Dear Google Boss” extolled her exemplary abilities in math and spelling, and of course her mad skills in playing robot games on her iPad. While she would love to work at Google because of the slides and go karts her dad informed her were part of the Google workplace experience, she’s also keeping her career options open as an Olympic swimmer and chocolate factory worker (dream job!). 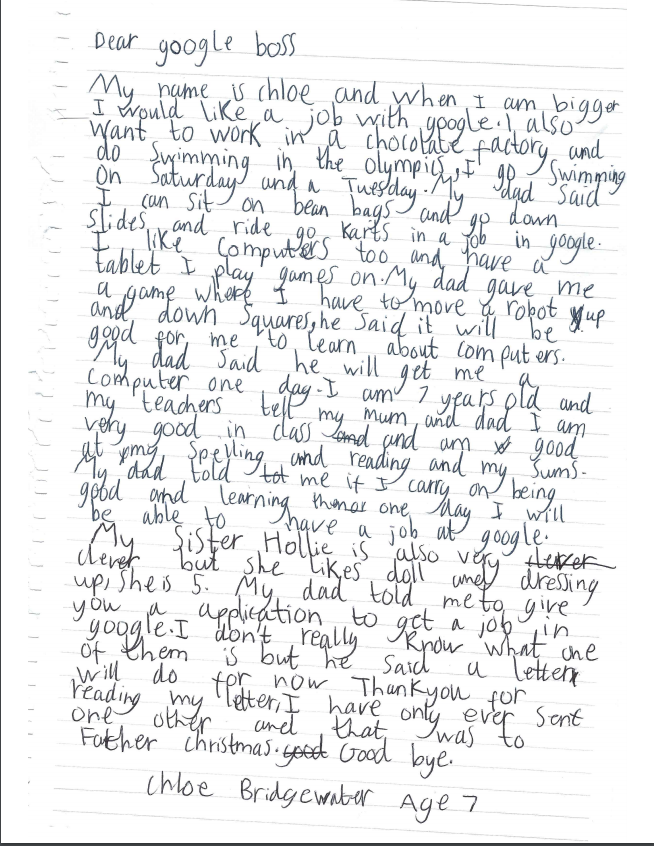 After receiving a letter like that, it would be incredibly hard to dole out a rejection, even if she is only 7, but for his part Pichai does an excellent job letting her down easy in his response. His very friendly message of support thanks Chloe for her letter and encourages her to study hard and follow her dreams, assuring her that she can achieve whatever she puts her mind to. He closes by telling her he looks forward to her job application after she finishes school.

According to Chloe’s dad, the response letter, which went viral after he posted it on Twitter and LinkedIn has encouraged her to work even harder in school and land that go kart-filled job at Google someday soon. You go Chloe (and kudos to your awesome dad too)!