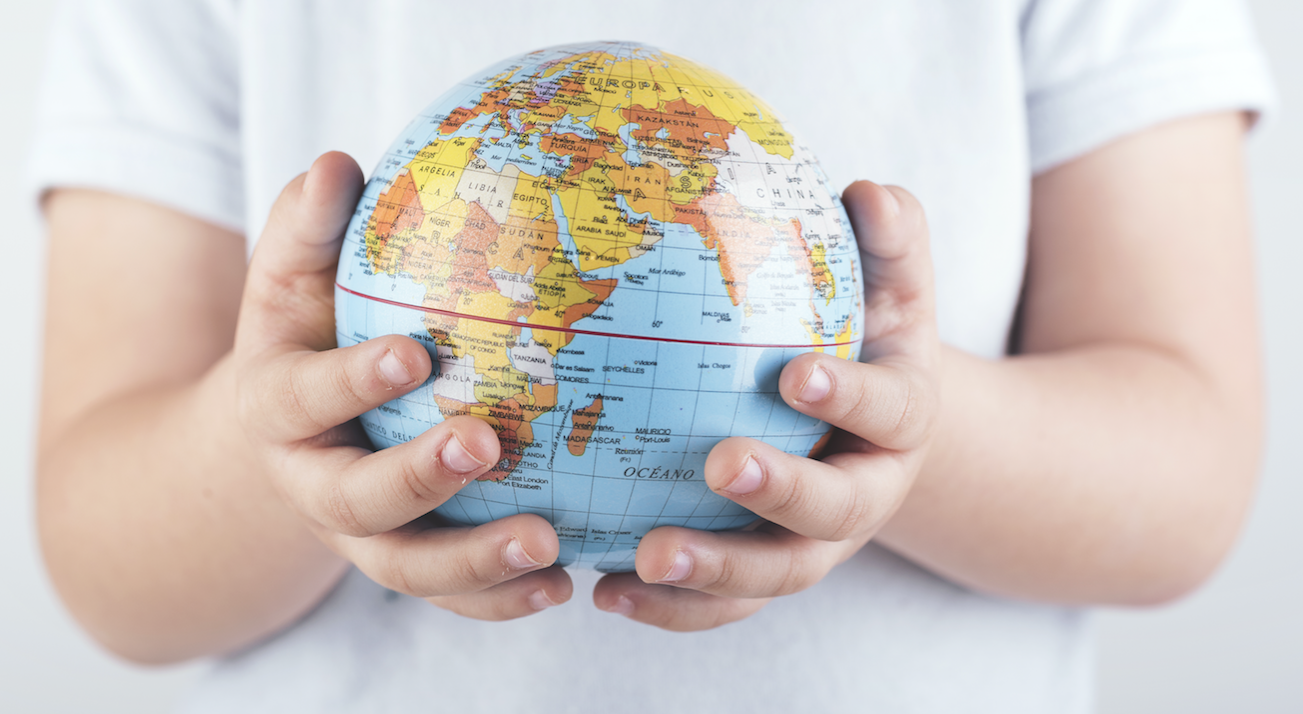 Thanks to my parents, my up-bringing is very democratic, free-form and international. I traveled to three dozen countries and lived in seven of them (more than a year in each, for work or school). I would love to re-educate myself and show my girls the World through a different pair of lenses very soon. Before we hit the road, there are eight things I think my kids should embrace before their exploration begins.

#1. Always hold the elevator door for ladies: I’ve noticed men in Mexico at the office are consistently holding the elevator door for women, no matter you are their manager or you are a coffee lady walking on the floor, in fact, they let all the ladies step in & out the elevator first. This may be old fashion, but I enjoy it quite a bit every time I work from our Mexico City office. Latin American are generally the best gentlemen even if sometimes perhaps superficial. When I was visibly pregnant, traveling across Latin America, everywhere I go, Latin American man always lend a hand, especially the cute ones. Asia is the worst, young men pretend sleeping when they see a pregnant lady step in the subway. At work, everyone is elbowing everyone into the elevator.

#2. Sideways shaking heads do not always mean no: Sometimes when heads are wobbling, that means confirmation, affirmation, or agreement. Don’t take the wrong side, please. Observations from India, Indonesia and Dubai.

#3. Negotiate like the Chinese  and the French: They are different but they are similar when it comes to business negotiation – they are both tough cookies, they like to play hard to get, they have very high self-esteem and pride, they enjoy being unfair and unreasonable to assert themselves (e.g. negotiating begins by them asking you to give them 90% off), Negotiating with them is a marathon and not a sprint, You are either IN or OUT (it may appear you are still in the middle of negotiation, but you are already out, just you don’t know it yet).  They are both very hierarchical in the business world (not like in the US, where everyone talks).

#4. Best place to live as a single: Have a good job and live in Hong Kong as a single expat. It is a place both men and women have equal opportunity to success. You work hard and you play really hard. On a very modest, normal, long weekend you could pack in the following: catch the midnight boat trip to Macau casinos on Friday night, Cantonese-st‌yle breakfast at the 15th Century Portuguese colony renovated mansion, golf at the outlying island at dawn, take a spa trip in-and-out to Bangkok, then back to Hong Kong to soak in the roof top pool, and returning to your apartment, the house keeper has a fresh detox juice in hands waiting for you.

#5. When to say Yes vs. No is an art, not just what you believe: Many coach books encourage people to learn to say No to be more effective in life; and learn to get people to say Yes to pursue what you want. As a person grows up, the tendency is to start to say a lot of No (age 2-3), and then migrate to say a lot of Yes (teenager) to gain popularity, and then become completely confused. In fact, the culture & world is more diverse. There are two layers of it, one is you truly believe in Yes vs. No (which you shall learn to define and to mentally practice growing up),  and another layer is who and what culture you are dealing with – first of all, you just have to say Yes vs. No vs. Silent, and then you deal with the core later.

#6. How you look is very important: When I was stationed in Shanghai in 2007, a British colleague shared one of the most profound articles with me – “Beauty & Success” by The Economist. After so many years, I continue to witness live cases that beauty and success do go hand in hand. The correlation is unbelievably high in most of the tier one cities of the emerging countries. This trend would just continue when video becomes the critical form of communication. Don’t be obsessed, like the mirror on the wall, there is always someone more attractive than you in appearance, but always show the best of you and ready to dress to kill for important tasks of life.

#7. Uniform makes you focus: Even everyone says how much they hated it to grow up wearing uniforms at school…looking around globally, there are actually very few countries in the world DON”T have uniforms at formal education system. In every country in Latin America, Asia Pacific and Great Britain where I pursued education, they purposely put on me the uniform.  US is one of the places where most of the schools don’t enforce uniform. Too much caring about appearance and popularity before maturity is not ideal, the counter argument is about individualism….however I turned out to be a grown up woman NOT lacking individualism (on the contrary, my husband would say the opposite). In a world of information overload, focus not on what you wear at school, but on how to learn, and learn fast, This is more important today than in the 70’s.

#8. Best place to nest: Despite the ridiculous education cost & health care system, US is still the best place to raise kids. I have never felt in that way till I had kids. Americans are people who sincerely love kids, want to have kids and continue to keep a relative good birth rate. It is a country with a belief in kindness, that cares about environment, trying hard to promote diversity and to embrace differences, believes in hard working, continuous self-examination, and generally encourage the next generation to become good human beings.

I can’t wait to explore the World with my girls, together or independently,. I wish they would grow up to be great human beings that I want to hang out with, take our next Safari, and the next Yoga retreat at Koh Samui together, soon.

ABOUT THE WRITER Lottie Tsou
Lottie+2

Lottie is my nickname, I am a wife + banking executive + mother of two toddler girls + yoga teather + real estate enthusiast. Lived in 5 countries for work & school, and travelled to 50+ countries for fun & work. Love Thai & Romanain food!
MORE FROM Lottie: