9 Awesome Preschool Shows Made by Early Learning Experts (So You’ll Love Them Too!) 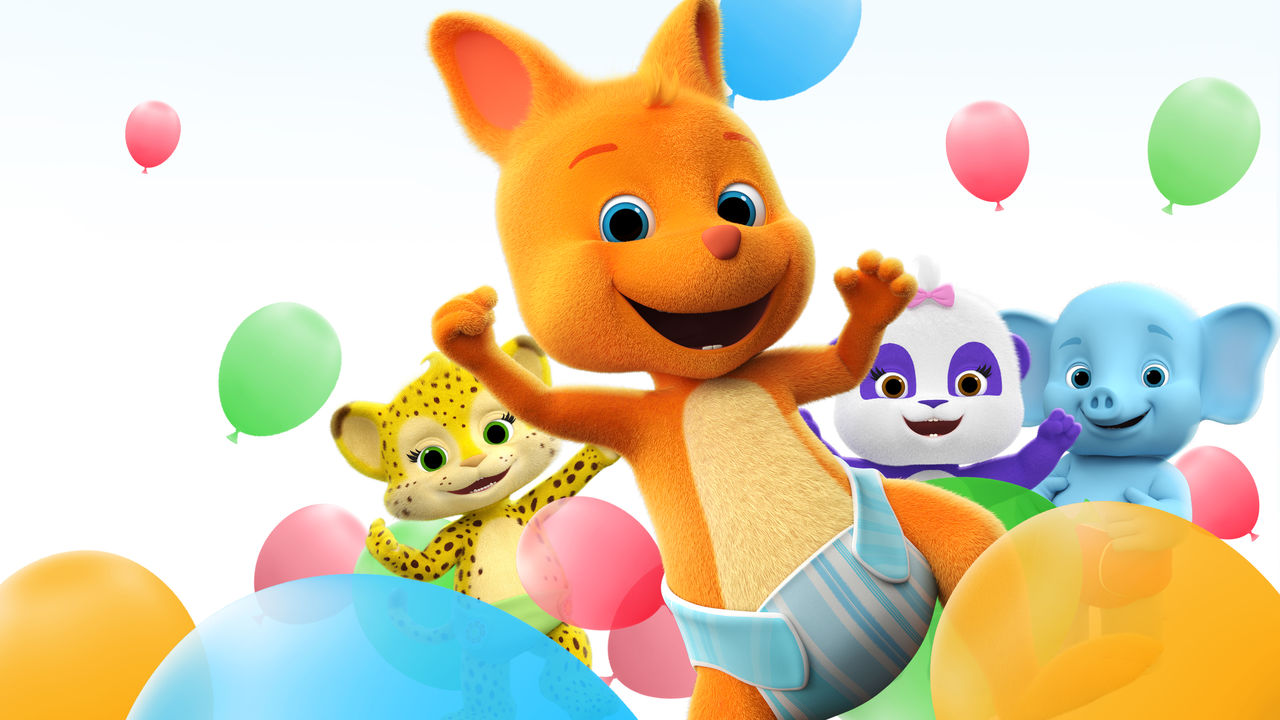 When kids’ TV shows bill themselves as educational, lots of parents take their word for it. But how many of these shows are backed by childhood-development principles, quality research, and an understanding of how kids learn best from media? Actually, quite a few. From social-emotional learning to STEM subjects, this is a golden age of choice for preschool TV. Behind the scenes, many kids’ shows are providing richer screen-time experiences by the pros who know how best to reach kids.

Sesame Street is an obvious pioneer in this realm; its team of experts, researchers, and advisors helped create a show that’s been a positive influence on kids for over 45 years. Friendship, counting, ABCs — you name it, they’ve helped kids learn it. Great shows know how to thoughtfully embed learning into the fun, blurring the line between entertainment and education. Here are nine shows that are following in Sesame Street‘s footsteps:

Creative Galaxy, Amazon Prime, 3+ Friendly alien Arty loves to think outside the box when solving problems, and his solutions always involve art. Along with his magical pal Epiphany, Arty travels all around his universe to discover more about the arts and how people use their own creativity.

Behind the scenes: Visually appealing and packed with great messages about relationships and caring for others — with simple art-history lessons thrown in for good measure — this fun series is sure to inspire your preschooler’s own creativity. Creator Angela Santomero (who developed Blue’s Clues) also believes that encouraging kids to participate in Arty’s artistic solutions is key: “We break the fourth wall so kids can be part of the action and propel the story line forward. This also ensures that kids are not just absorbing our material but practicing by participating and making along with us.”

Curious George, PBS Kids, 3+ Sweet animation plus live-action segments add up to lots of fun monkey adventures. George, kindly guided by the Man with the Yellow Hat, sets off each day to learn about something new — but things don’t always go quite right.

Behind the scenes: We’ll state the obvious: This show promotes curiosity in preschoolers, but that’s not its only stellar quality. A 2012 study demonstrated that kids who watched and read about Curious George “demonstrated significantly better knowledge of measurement, hibernation, colors, weather, buoyancy, sound, sorting, and plant life than children who did not.”

Daniel Tiger, PBS Kids, 3+ The sweet little tiger from Mr. Rogers’ Neighborhood is now animated, but his curiosity and kind nature have remained the same. Daniel and his family, including his grandparents, treat each other with kindness and respect as they go about their daily lives, from learning to send a letter to potty training.

Behind the scenes: This gentle series is a well-rounded choice for kids who are learning how to get by in the world; it focuses on the social-emotional skills preschoolers need to thrive, such as how to interact with others as well as how to develop a positive sense of self. Daniel Tiger teaches kids simple but necessary concepts such as how to take turns, manage feelings, and care about others. Daniel Tiger’s research team vets every script with the real experts — preschool kids — to assess how kids are understanding the story.

Behind the scenes: Amid quirky ukulele songs, early math concepts are tucked into each episode; Peg and Cat solve “big problems” using their number skills. But even though math is its primary focus, Peg + Cat also offers lessons in collaboration and teamwork, rhyming, and alliteration. Check out this 2015 study for details on the show’s effect on kid viewers.

Super Why, PBS Kids, 3+ Whyatt Beanstalk (Jack’s younger brother) and his friends transform into superheroes before they jump into books that each hold different clues that help solve the day’s problem.

Behind the scenes: The series emphasizes the importance of problem-solving, teamwork, communication, and compassion — as well as early literacy skills such as letter identification, letter sounds, simple spelling, and word recognition. According to PBS, the show was specifically designed for kids to interact with, so that “as they watch Super Why they are completely absorbed in the adventure of the story while engaging in challenging games and activities.” One study showed how the format enables children to practice the critical skills they need to learn to read.

Tumble Leaf, Amazon Prime, 3+ Vibrant animation and colorful characters, such as little blue bear Fig and his animal friends, will draw preschoolers into this gently paced series, where sweet animal characters make exciting discoveries about nature and the world around them.

Behind the scenes: Along with simple, age-appropriate science concepts, the show weaves problem-solving, prereading skills such as rhyming, and basic shape recognition into the stories. Educational psychologist and Amazon Kids advisor Dr. Alice Wilder underscores the importance of play on the show: “Play is how young children learn … And in the case of Tumble Leaf, which takes place out in nature and the natural world, kids learn science through their play. When a kid jumps in a puddle, there is science there!”

Wallykazam, Nick Jr., 3+ Kids love Wally Trollman, a 6-year-old troll with a dragon BFF named Norville and a magic stick. His adventures in the forest are fun to follow, and he has lots of friends to help him if he ever gets into a sticky spot.

Behind the scenes: Nick’s first series to address literacy education embeds lots of lessons for preschoolers (and its companion app can add even more to the experience). As Wally creates words and solves problems with the help of his trusty magic stick, he and his crew teach kids early reading basics including phonics, letter knowledge, and letter-sound association.

Word Party, Netflix, 3+ This colorful series from the Jim Henson Company aims to help younger preschoolers with vocabulary-building skills. It stars four adorable, diaper-wearing baby animals who are eager to learn from the “big kids” in the audience, to whom they turn for answers to many questions throughout an episode.

Behind the scenes: The series’ unique structure gives kids a certain role model status most other shows for this age group don’t have, encouraging them to learn by “teaching” the characters. It’s empowering and studies have shown that kids can learn more when engaged as opposed to having a more passive viewing experience.

Doc McStuffins, Disney Junior, 4+ Doc, a little girl with a doctor’s coat and stethoscope, encourages independence and a can-do attitude in preschoolers as she cares for her stuffed patients. The fact that the show centers on an African-American family whose parents take on reversed gender roles (mom at work, dad at home) reflects society’s diversity, and Doc is a great role model for any kid.

Behind the scenes: Doc’s care and nurturing of her patients can help kids alleviate their fears of going to the doctor; she also shares facts about disease and germs (wash your hands!) and promotes a healthy lifest‌yle both subtly and outright. Hollywood Health and Society, an organization that promotes accurate medical information to the entertainment industry, consults on the show to ensure the story lines are medically sound. Doc McStuffins also has an ongoing relationship with the Artemis Medical Society, which uses the Doc McStuffins character to promote diversity in medical and STEM careers.

Common Sense Media is an independent nonprofit organization offering unbiased ratings and trusted advice to help families make smart media and technology choices. Check out our ratings and recommendations at www.commonsense.org.
MORE FROM Common Sense:
13 Preschool Shows That Aren't Annoying, Turn Your Phone Into a Preschool Learning Tool, 50 TV Shows Every Kid Should See at Least Once
Red Tricycle > Spoke Contributor Network > 9 Awesome Preschool Shows Made by Early Learning Experts (So You’ll Love Them Too!)