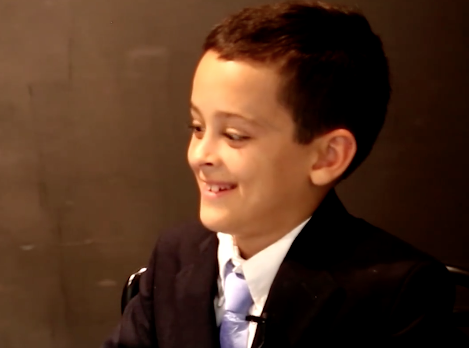 One elementary school student turned his love for his favorite snack into the experience of a lifetime when he wrote a letter to the CEO of KIND Snacks. Not only did he earn a CFO rank for his resume at 9-years-old, he also set up his financial future.

Alex Munoz is just 9-years-old, but he’s already got a mind for business. After coming into some money thanks to his recent bar mitzvah, Alex decided the best use of his new funds was to invest it in the company that makes his favorite fruit and nut snack bars: KIND Snacks. When Alex learned that the company was not publicly traded, he decided to write a letter to the CEO and founder, Daniel Lubetzky, asking him if there were any plans to go public.

Lubetzky was so impressed by Alex’s letter that he invited and paid for him and his mother to visit the KIND headquarters in Times Square. Alex arrived dressed in a suit and tie and was promptly named CFO for a day. He was even given business cards with his honorary title. The highlight, however, was when Alex finally got his wish and was gifted ten shares in the company by Lubetzky personally. This kid definitely has a bright future ahead.

What do your kids want to be when they grow up? Tell us in the comments below.