A Father’s Love: What One Dad Learned from Another 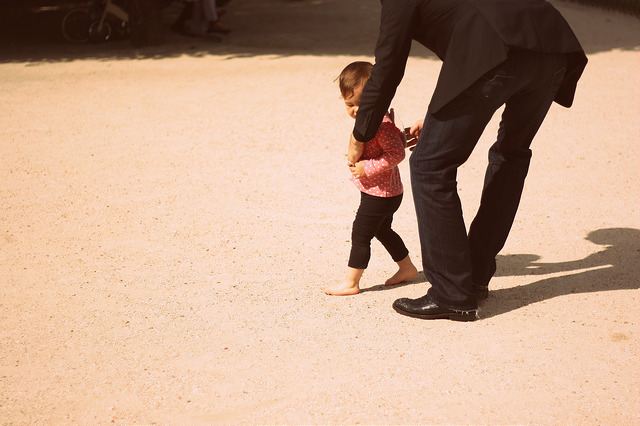 One sentence. That was all it took for me to know I was onboard with this guy. We had worked together a little over two weeks. We’d barely spoken. He didn’t even remember my name.

“You said your son is six?” I asked, remembering a conversation we had just a week prior.

“Yea, he’s six,” the man replied, “I never knew loving another human this much was possible.”

I never knew loving another human this much was possible. What a statement.

Four years of fathering and such an assertion had not crossed my mind. Surely I recognized how much I loved my own son. I never doubted that. But to say it out loud at even the most modest provocation and to a complete stranger—nothing even close to that had ever slithered out of my mouth.

Imagine the love for another human, so robust and unrelenting, that such a vulnerable statement to a complete stranger is uttered wholly without fear. For decades now I have heard parents profess their love for their children but never in such a context.

“I never knew loving another human this much was possible,” he stated. Admittedly, neither did I. The love between a father and a son is unlike anything I’ve experienced. Even the melodrama of television and movies doesn’t do it justice. It is something worth shedding your vulnerability over. There is no statement more confident—more immune to dispute or rebuttal than a sincere claim of how much you love your child. But to verbally proclaim it in the company of complete strangers—strangers who barely even alluded to the parent/child dynamic to being with—well that’s simply a rarity.

There was nothing else this man could have said to me to earn my respect faster. Like a blind punch to the throat he took me aback. He said what I’ve felt for four years now. His willingness to say it to me, a man he’s known all of ten days in the most rudimentary sense truly encapsulated what it means to have a child and what it means to be a father—vulnerable, sincere, heartfelt love.

They say that it takes a man to be a dad. It doesn’t really. It takes a kind of strength. A strength to say what is right even when a lesser you, perhaps even the real you, is paralyzed by vulnerability.

In very much the spirit of an AA support group, my name is Colin. I am insecure, guarded, and generally emotionally inaccessible. I have a 4-year-old son and I never knew loving another human this much was possible. I’ve recently been inspired to say it in public and to total strangers. It is how I feel and it’s ok to be vulnerable.

I’m on a road to recovery—from myself—for myself…and for my son. I never knew loving another human this much was possible. That’s a defining statement. A fearful one to he who fears vulnerability but a more sincere and honest assertion does not exist. 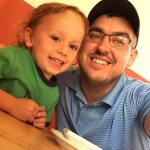 Hi, I'm Colin. I'm a father to one (age 4) and I've been prematurely gray for 16 years. My gray hair can legally drive now but I still don't trust it. I can't remember what my favorite hobbies were before I was a parent. I haven't had people over since Y2K.
MORE FROM Colin:
Children and Transportation, Rage and Marriage, Marine Iguanas and the 'Terrible Twos'
Red Tricycle > Spoke Contributor Network > A Father’s Love: What One Dad Learned from Another