A Lesson in Grace: When a Police Officer Returns Your Child 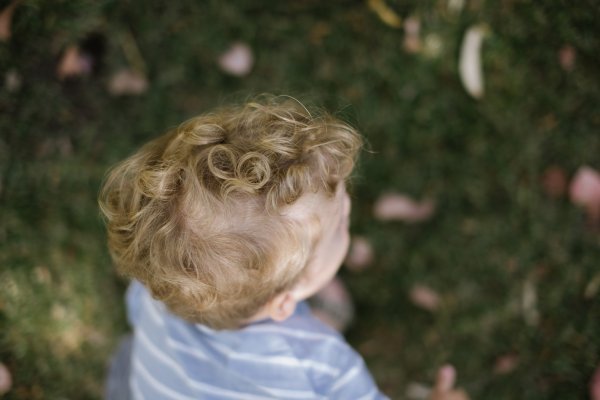 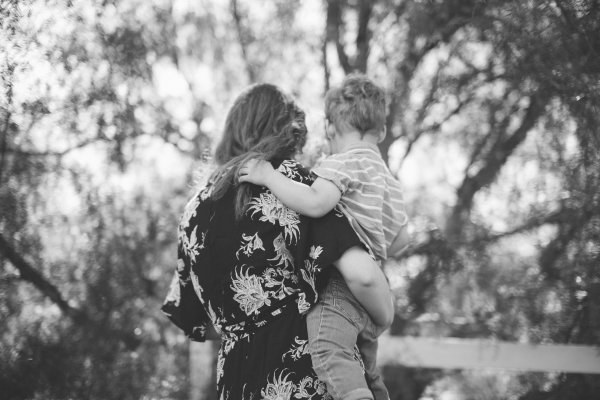 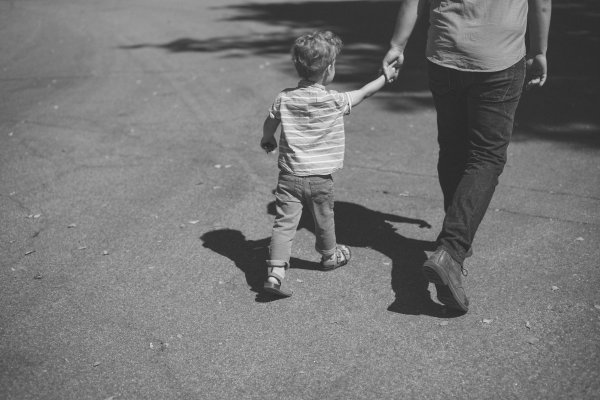 This morning was an emotional one to say the least. In order to fully explain this story, I think a few details need to be clarified. My husband and I live in a townhouse. The townhouse has a little courtyard area right outside the front door. This courtyard area is gated in and when you open that gate, the street is basically right there. My son is almost three years old. He knows how to open doors and how to unlock our front door. We are currently living with Dave’s sister.

Onto the story, this morning my husband and I awoke to his sister knocking loudly on our door. It was around 7’ish. Not too late. She is holding my son Oliver. She frantically tells my husband to come downstairs. He goes downstairs. I follow shortly. I come down the stairs to find an extremely tall police officer standing in our doorway. Confused I think, “Did something happen in our neighborhood?” I stand back letting Dave speak to the officer, not really understanding what happened. My sister in law is motioning for me to go over to the doorway. I am still completely lost as to what happened. I ask what happened. Someone says, Oliver got outside. I’m still not fully grasping why there is a police officer in my doorway. “Wait, what, Oliver got outside?”

Somehow the details are explained to me. They went like this: my three year old son had opened our front door, went through the outside gate, was walking around in his ninja turtle pj’s, no shoes on. A lady found him and called the police, somehow, he was able to find our house and show the police where he lives. We have no clue how long he was out there or where he went. So we probably sound like horrible parents at this point. To be fair, I feel like one today. However let me ease your mind a bit.

It was early in the morning, we thought he was sleeping. He has never done anything like this before; I did not even know he knew how to open the outside gate. We have a video monitor where we can check on him often. He always comes in and wakes us up or we go in and wake him up. He has never even gone downstairs on his own once he wakes up. We also have really disciplined anytime he has even opened the door without us there. He definitely knew he was not allowed to do it.

As my blurry eyes tried to make sense of these details that spilled out into our living room this morning, I looked at my little boy. Not a hint of fear on his face. Until I said to him, “What were you thinking? Why would you go outside?” Tears streamed down his little cheeks and he snuggled close to me. I asked again. He looked up at me and innocently stated, “I wanted to find my buddies.” Let me clarify.

The night before, he had played with some of his neighbor friends who live across the street from us, but whose Grandma lives in our complex. When we sent him to bed they were still outside playing. So this morning he went downstairs to find his friends. When they were not there, he decided to try and find them outside the gate, certain they must be there somewhere. While the details of what happened are still blurry, one thing is certain, we are so thankful he is home safe and sound.

However, the emotions of having your son returned to you via a policeman are certainly overwhelming. At first, I felt angry with my son, angry that he would do that, angry that he would go outside without us. I was upset at the judgmental looks our neighbors were giving us. I was angry at myself that I was not checking in on him like I should have. I was angry that I had fallen back asleep rather than wake up. All these emotions flooded over me this morning. Fear, that he could have been taken. Fear, that he could have gotten hit by car or been hurt and thankfulness, that he was okay. But mostly, I felt guilt. I felt guilty that I was not the perfect mom and that was on display so evidently for everyone to see. Mom guilt nearly suffocated me this morning as those voices we moms so often hear, echoed to me, “what a bad mom you are!”

So there I am, feeling completely helpless. I sit and hold my son, hugging him, thankful he is home. I realize that he is wearing socks that do not belong to him. I feel tears well up and I bite my lip trying to keep it together. All the while the voices overwhelm, “What a bad mom, everyone thinks so. You should have paid more attention. Why do you need extra sleep? Wake up earlier, lazy.” Those voices take over my thoughts and I feel helpless to have a defense against them. Of course, it is a huge PARENTING FAIL when your son is returned to you by policemen. There is no parent of the year award for that.

Today I was reminded that even in the face of our biggest failures as parents; life is not about those failures. That yes, the worst could have happened. But rather than allowing the guilt to consume me today, I was reminded that this event could be a moment of seeing God’s grace and work in my life. So cheers to all you imperfect parents out there. May you not feel overwhelmed with guilt, as is easy to happen; rather, may you see the grace in your own life as I was able to today, even at the worst of our parenting moments. 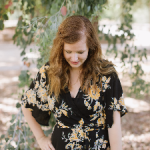 ABOUT THE WRITER Brittany Devandry
Wander The Wildflowers

Hey there! I'm Brittany. Want to know more about me? I'm a mama first and foremost to my two little boys. A wife to David. A Graphic Designer to my clients. And for my sanity I blog about life as a woman, a mom, and a wife! Sometimes also Chocolate.
MORE FROM Brittany:
What Motherhood Looks Like-Sometimes We Yell, My Top 5 Baby Products, 9 Things They Don't Tell You About Having Kids
Red Tricycle > Spoke Contributor Network > A Lesson in Grace: When a Police Officer Returns Your Child