A Library Aboard a Subway Just Opened in New York

Commuting can be boring unless you’re armed with some entertainment, like a really good book. Of course that means lugging around a heavier load wherever you’re headed. Thanks to a new program aboard New York City subways, however, you can simply borrow a book while you ride. 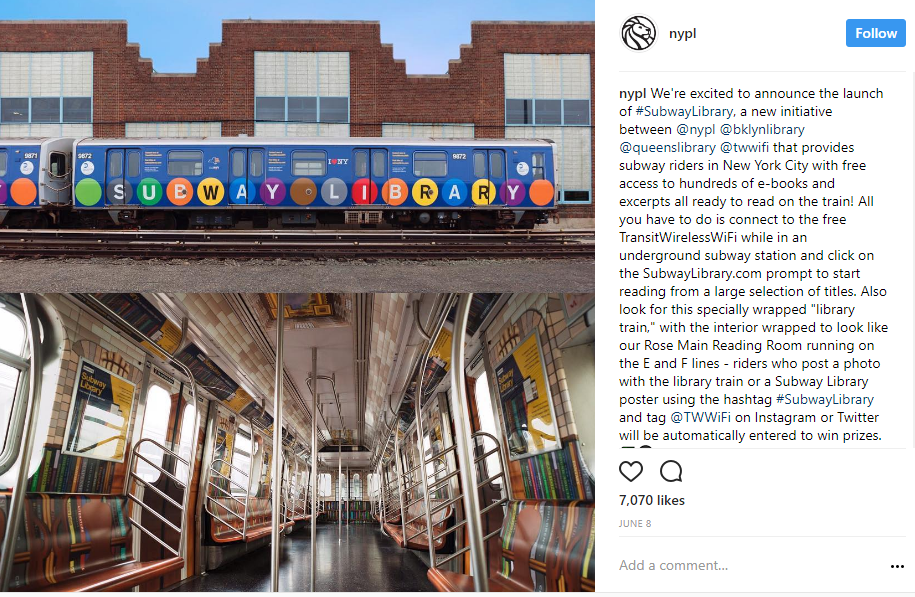 Thanks to a new partnership between the New York Public Library, Queens Library and Brooklyn Public Library, subway riders in New York City can now borrow a book from the library while they’re already on the train. Commuters can download the SimplyE reading app on the Apple store or Google play and log into the subway’s Transit Wireless Wi-Fi. They are then able to download thousands of titles for free in the Subway Library, including best-sellers, classics, kids books and young adult.

Two of the subway line trains have been decked out with exterior wrappings that read Subway Library and interiors that are made to look like the inside of an actual library with images of bookshelves across all the walls. Riders who snap a selfie on the train and post to social media with the hashtag #SubwayLibrary and tag @TWWifi will be entered for a chance to win prizes.