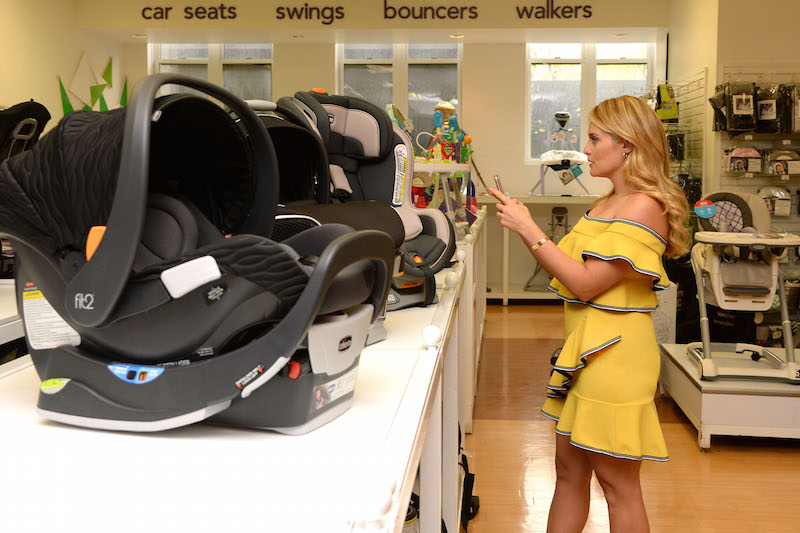 Despite recommendations from the American Academy of Pediatrics (AAP) many parents are still not keeping their kids rear-facing until age two. A new educational campaign, TurnAfter2, aims to change these stats in order to keep younger kids safer in the event of a crash.

It’s been six years since the AAP switched its recommendation to keep kids rear-facing until at least two years old. A recent study conducted by Chicco, however, found that 69 percent of parents believe that other parents are letting their kids face forward too soon. Eighty-four percent of those that responded said they would speak up if they thought another parent was putting their child at risk, but the majority of them would feel very uncomfortable bringing up the subject. Using this information, Chicco has launched the TurnAfter2 Campaign to open an easy, stress-free dialogue about keeping kids rear-facing longer for their safety.

Chicco has partnered with spokesperson and mom of two, Daphne Oz, to help spread awareness. “Knowing that kids who ride rear-facing are five times safer is information every parent needs to know, and we can be each other’s best resource,” Oz explained, “When one mom shares a photo of her two-year-old still riding rear-facing, she’ll inspire countless positive conversations between other parents who will want to follow suit. Our goal with TurnAfter2 is to educate parents and get them talking about this very important issue in a constructive way so we can keep all little ones safe.”

Parents can get involved in the TurnAfter2 campaign by sharing pictures of their rear-facing kids on social media with the hashtag #TurnAfter2. You can also visit the campaign website to get more informed on car seat laws and guidelines, as some states have already adopted laws that now require rear-facing until two.

Do you think the TurnAfter2 campaign will help keep kids safer while driving? Share your thoughts in the comments.