A Toddler in Rome 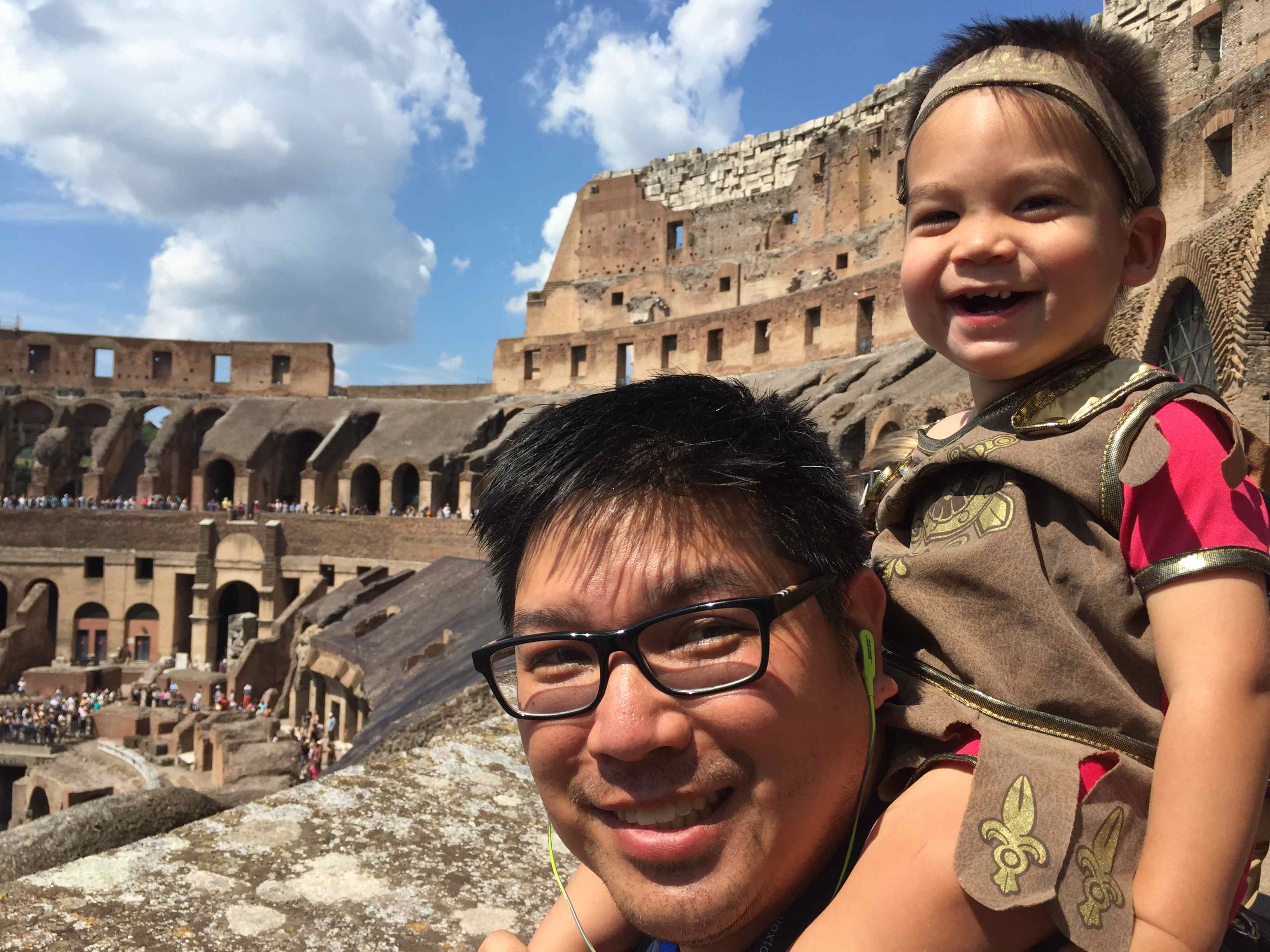 Last summer, we had an incredible opportunity to bring our toddler son to Rome for a few days. We had so much fun with him and it was a great way to kick off our European vacation. Here are some of the activities we did with him:

Golf Cart Tour of Rome: This was definitely a highlight of our time in Rome! The golf cart picked us up at our hotel early in the morning (full-disclosure: we were all sound asleep when the front desk called to let us know and we took about 5 minutes trying to get ready). I wore Owen in a baby carrier and we toured all over Rome, getting much closer to the sights than bus tours and it saved our legs from hauling our toddler on a walking tour. This was such a smart way to tour with a small child!

Colosseum: I sort of have a problem with dressing Owen up in themed outfits to match where we are going. Right now, he’s totally on board but I know it’s only a matter of time until he’s not so agreeable and the costumes will have to stop. Thankfully, he was excited to wear his little gladiator costumes at the Colosseum! Not only did it look adorable for our photos (as well as photos from other tourists!) but it was very cool and breathable. My husband carried him on his shoulders for the most part and we were advised to take the elevator since we had a small child.

St. Peter’s Basilica: We actually got kicked out of St. Peter’s. We had strapped a GoPro onto Owen just for fun while we toured inside. Everything was going fine until Owen stopped and basically stood at attention and would not move. I took a few photos and then a group of ladies from China swarmed him and wanted to take photos of him and WITH him! They started speaking to us loudly and a guard immediately kicked us out for talking. We had already seen everything we wanted to see and were close to the exit, but it still made me feel really self-conscious!

Lots of Cappuccino: Traveling with a toddler can be exhausting. Thankfully, we were in the land of cappuccino and were properly caffeinated! It was really nice to pop into a cafe and grab a pastry and our cappuccino as a break in between our sight seeing.

Walking at Night: Rome in the summer is hot during the day and is very pleasant at night. Since we were already dealing with jet-lag, we decided to adjust Owen’s bedtime to 9pm or 10pm so we could take advantage of the cooler weather. In doing so, we were able to visit the Vatican City at night time when it was all lit up and enjoy many late dinners.

Restaurants: The best thing about Roman people is that they LOVE children! We never felt the need to apologize for bringing a toddler to eat. He was usually greeted with candy or a book and immediately given bread and olive oil. The wait staff usually walked by and smiled at him and we were never made to feel like we needed to hurry up and leave. Owen loved trying different types of noodles and became an expert at dipping his bread in olive oil (his preference for months after we left Rome!)

Gelato: It wouldn’t be a trip to Rome (or anywhere in Italy) without gelato! Owen had never tasted ice cream before so he was very intrigued to try multiple flavors of gelato on our treks around Rome. Grabbing gelato and sitting outside in the shade is a great way to stop and just enjoy being in Rome.

From this experience and our past experiences being in Rome, we say it’s a great city to bring babies or small children. It’s a fun place to walk around and the people are very kid-friendly. We’ve found Italian lifest‌yles to be less-rushed, which works well for toddlers. If you are able to pare down your itinerary and plan on several breaks throughout your day, you will set yourself up for an unforgettable experience! 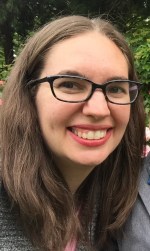 I'm a Seattle-area stay-at-home mom to my 2-year-old son Owen and I'm currently pregnant with our second baby. We love travelling with our toddler (locally and internationaly) and take advantage of the amazing events and classes offered around town. We like to be out and about!
MORE FROM Marcie:
Disneyland Toddler Tips & Itinerary, Cruising with a Toddler, Fun Things for Babies on Kauai
Red Tricycle > Spoke Contributor Network > A Toddler in Rome