A “Trolls” Series Is Coming to Netflix and OMG We Can’t Wait! 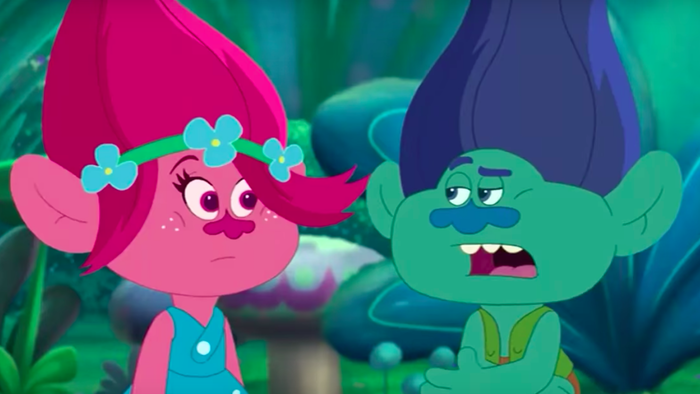 photo: Trolls The Beat Goes On Sneek Peak via YouTube

If your tots just can’t get enough of  those hug-loving Trolls, you’re in luck. The Trolls are getting a brand-new Netflix series this month and the whole family is going to want to sing and dance about it.

In case you were getting tired of watching the Trolls Holiday Special on permanent repeat, a brand-new series is here to feed that pint-sized Trolls fix. Trolls: The Beat Goes On! follows the adventures of Poppy, Branch and their Troll pals as they enjoy the peaceful times since their new friendship has formed with the formerly Troll-eating Bergens.

The show does have a few notable differences, however. Unlike the movie, the animation is a more traditional, flat style. Those songs might sound a little different as well, with the movie’s stars absent from voicing the TV series’ characters. That’s right. No Justin Timberlake or Anna Kendrick. Instead, Poppy and Branch will be voiced by Amanda Leighton and Skylar Astin, the latter who starred in Pitch Perfect along with Poppy’s movie voice Kendrick. The new series premieres on Netflix on January 19.

Will your family be watching this new series? Tell us in the comments below.