Remember that guy you had a major crush on back in the 90s– Luke Perry (aka Dylan McKay of the hit TV show, Beverly Hills 90210)? Yeah, AARP wished him a lovely 50th birthday on this month’s cover. It’s okay if you’re freaking out because the rest of the Internet is too. Check out some of the funny reactions to the news that, yes, everyone ages. 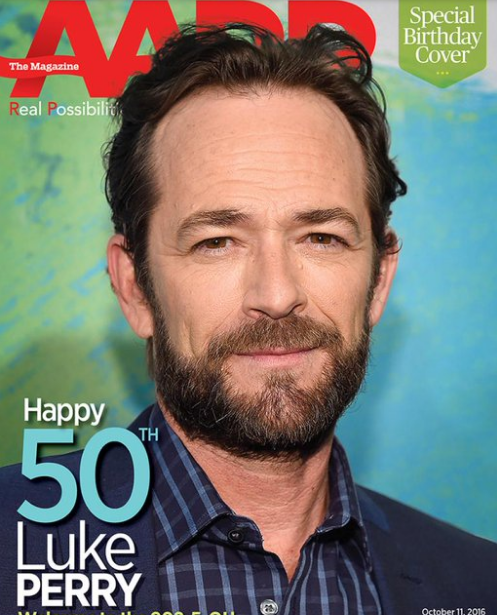 Luke Perry is on the cover of AARP. I'll just be over here sobbing into my Metamucil.

So… Luke Perry is on the cover of AARP magazine as its newest member. Does any one else feel sick right now?

Just saw Luke Perry is on the cover of AARP Magazine. I feel old. Time to drink Ensure Plus, I guess.

Just saw Luke Perry on the cover of the AARP magazine in case they ask for my cause of death.

The weirdest thing about Luke Perry turning 50 today is the thought of a 50-year-old named Dylan.

Nothing, NOTHING has made me feel older than finding out Luke Perry is 50 years old.

I need to lie down.

for today's millennials, Luke Perry was never not 50

Who was your Hollywood crush from back in the day? Let us know in the comments below!