How To Talk To Your Children About Sex (Without Embarrassing Yourself) 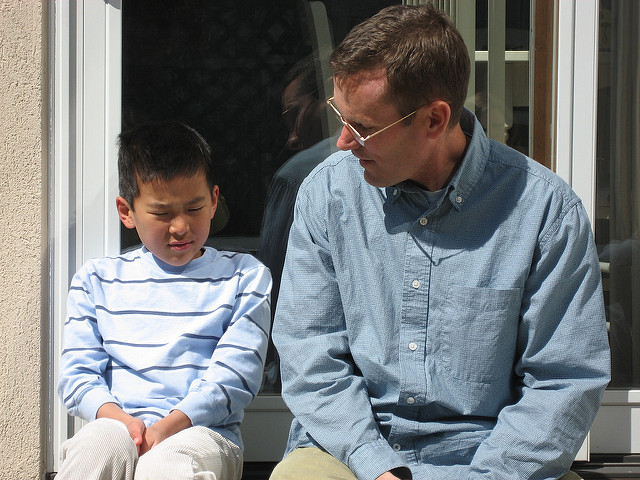 My college son was home last week for spring break. Imagine my shock when I overheard this exchange between him and his little brother.

“Dude, don’t be an idiot. You have to use protection,” says wise older brother.

What the ? Then they saw me and burst out laughing. They were talking about airsoft guns and my 14-year-old was preparing for battle, thus stuffing his pants with socks in an attempt to ward off unfortunate hits.

As the mother of four children, I am proud to say we survived the teen years quite well (3 for 3, thus far.)  No DUIs, no expulsions from school and only one date we wish never happened. She showed up in stilettos, a tight mini dress, and showgirl-worthy makeup.  We found out later she was on restriction but her mom allowed her to go to homecoming with our son because he was the ONE boy her mom trusted. Thankfully, she ditched him at an after party.

When it comes to sex, we’ve tried to maintain honest, open communication with our kids and it started young. We used real terminology for body parts, talked about the realities of reproduction (three hens and no rooster paved the way for an easy conversation as to why none of those eggs morphed into chicks) and we stole a line from the movie Mean Girls, “Don’t have sex, you will get pregnant and you will die.” Simple.

Here’s a few ABCs of the Birds and the Bees:

A: Awareness  Don’t be afraid of your little person’s curiosity.  They will casually explore their genitals like they do other body parts and it’s perfectly normal.   To them, it’s like a foot or a very interesting knee cap.  No reason to freak out and slap their hand away.  Do suggest, however, especially as they get older, that they keep exploration private.  Admiring growing pecs in the mirror, ok. Hands down the pants at the grocery store, not ok.

B: Boundaries  As children grow, they will venture outside your home to little league, sleepovers and other places you can’t monitor 24/7.  Make sure they understand clearly that NO ONE is to touch them and if someone makes them uncomfortable, they need to tell Mom or Dad. (This did backfire once when my son refused to let his very sweet pediatrician complete a child exam. ) Also, remain diligent on the kinds of images your kiddos are fed on line. We kept computers in a public space and put safeguards on our television.  There’s some unhealthy garbage out there, best to keep it at bay.

C: Communicate  Every family has its own culture flavored by your values, expectations, and hopes. Keep the messages clear and consistent.  Tailor conversations to each child, as they are unique and require different methodologies. My middle daughter is incredibly private.  If we approached her too bluntly, she’d turn tail and skitter back down the rabbit hole.  The best way to talk with her was to get in the car with a latte, roll the windows down, crank the tunes and just drive. Eventually, she’d open up.  Another child in our home required in the moment, direct talk.  Like catching a puppy in the act of eating a shoe, we had to stop him in his tracks, forcefully redirect, lovingly reenforce.  Sigh.

Finally, don’t let your own embarrassment get in the way.  Kids want to talk and they want to know what you think.  They may avert their eyes but better to give them good information than allowing peers and the media to fill in the blanks for them.  And when they get older, they may just fill you in on a few things you didn’t know.  Not that I’d know anything about that… 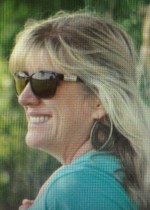 ABOUT THE WRITER Susan Blakely
quit your behavin.com

I live in Spokane, Washington with my sweet husband of 30 years, my caboose baby (now 14), two dogs and a cat that will outlive us all.  I am a mom, a partner, a sister, an interior designer, a writer and a believer in all things Coffee.
MORE FROM Susan:
What Do You Mean, My husband and his brother are gentlemen
Red Tricycle > Spoke Contributor Network > How To Talk To Your Children About Sex (Without Embarrassing Yourself)