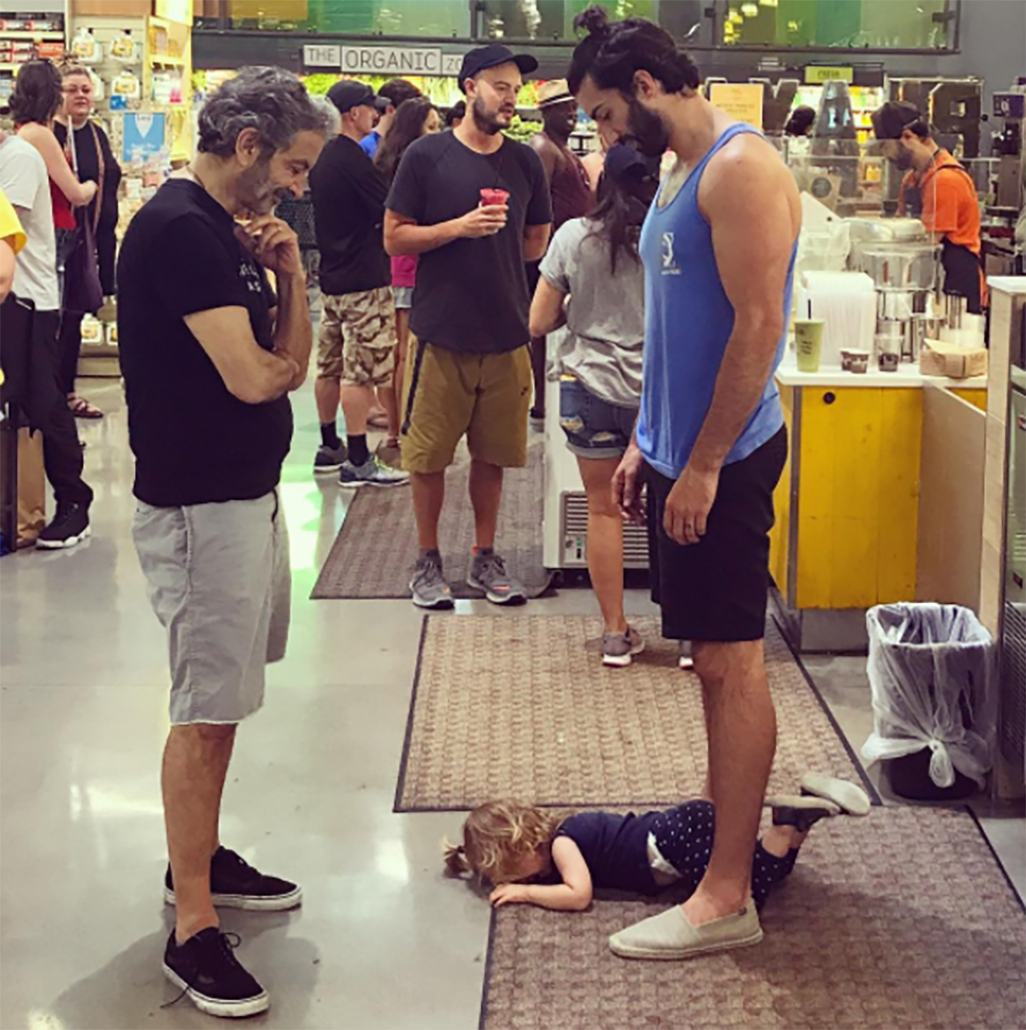 You may know Jason Baldoni from his role as Rafael on Jane The Virgin, his docu-series My Last Days, or even his marriage proposal video that went viral. Baldoni says he tries to create work that “inspires us to be better people.” By posting this photo of his daughter having a meltdown in Whole Foods between him and his father and his thoughts about it, Baldoni touched thousands of people’s hearts again.

Taken on Father’s Day, Baldoni wrote that this is now one of his favorite photos ever of him and his dad.

“Two men… forever bonded by an unconditional love for both each other and this brand new, raw and pure soul,” he shared.  He mused that he must have had many tantrums as a child, but his father had taught him about one important thing: “Being comfortable in the uncomfortable.”

He explained that his father always let him feel what he needed to feel, even if it was in public.

“I don’t remember him ever saying ‘You’re embarrassing me!’ or ‘Dont cry!,” Baldoni went on. “It wasn’t until recently that I realized how paramount that was for my own emotional development. Our children are learning and processing so much information and they don’t know what to do with all of these new feelings that come up.”

Baldoni wrote that he tries to make sure his daughter knows feeling deeply is okay, and that he’s not embarrassed by her crying and screaming in public.  He ended with urging other parents:

“Let’s not be embarrassed for our children. It doesn’t reflect on you. In fact, we should probably be a little more kind and patient with ourselves too. If we got out everything we were feeling and allowed ourselves to throw tantrums and cry when we felt the need to, then maybe we’d could also let ourselves feel more joy and happiness. And that is something this world could definitely use a little more of.”

What do you think of what Jason Baldoni shared?  Let us know in the comments!