Here’s How These Robot Ducks Help Comfort Kids with Cancer

It can be hard for kids battling pediatric cancer to find a reason to smile when they’re in the hospital—but a new breed of robot ducks is doing its best to help. Yes, you read that right: these new robot ducks help kids with cancer.

It might sound strange to think of a duck as a cuddly, comforting creature, but for pediatric patients at Egleston Hospital in Atlanta, Georgia these new robotic therapy companions make all the difference. Recently, the kids were invited on a scavenger hunt through the center were they discovered these fine-feathered friends. 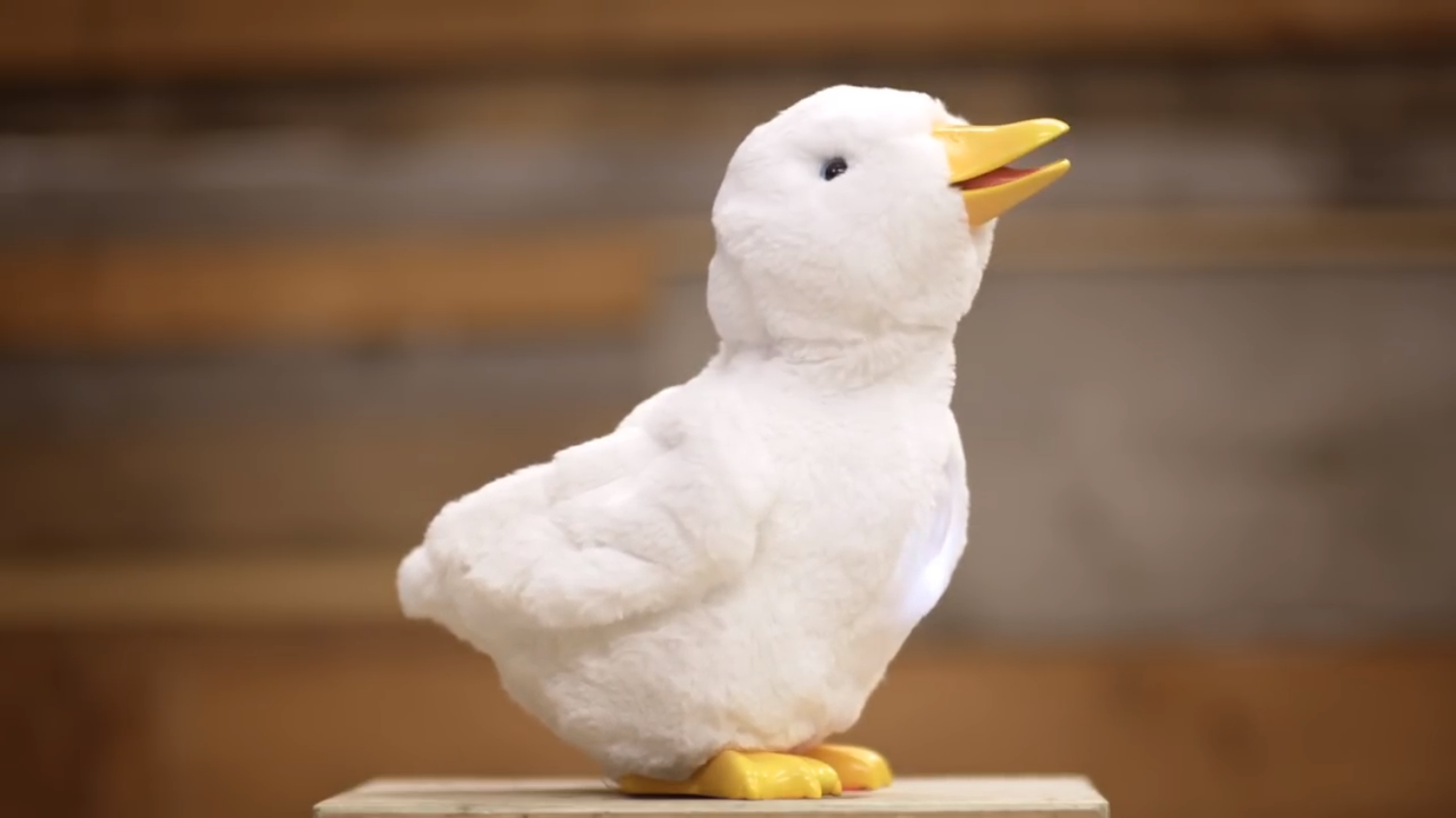 The My Special Aflac duck was created by the insurance carrier by the same name, Aflac, as an educational and therapeutic companion for kids with cancer. (The Aflac Cancer and Blood Disorders Center of Children’s Healthcare of Atlanta, where this program has launched, is also named for the company.)

Each duck is outfitted with a Radio Frequency Identification (RFID)-enabled emoji card on its chest which allows the patients to choose an emotion they would like the duck to portray. The ducks also come equipped with a port enabled with an RFID chip that kids can use to pretend to treat it with chemotherapy.

The companion duck also helps kids stay calm with its heartbeat and deep-breathing features. Parents are able to download an accompanying app that kids can use to bathe, feed and administer medicine to their ducks.

Another flock of robot ducks will land at the Palmetto Health Children’s Hospital in Columbia, South Carolina next, but according to Engadget, Aflac plans to roll out this amazing free program to more children’s hospitals throughout the United States later this year.