All I Want Right Now Is a Door with a Lock 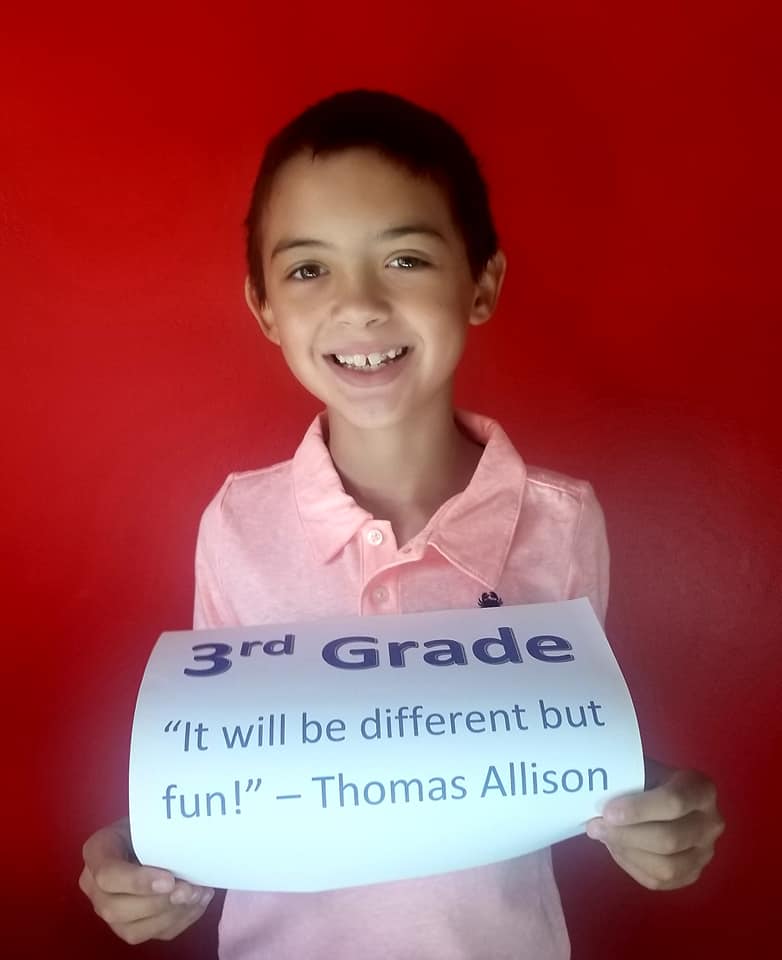 Distance learning resumed two weeks ago, but I realized on day one what I will need to survive it: a door with a lock. Not an easy-twist knob lock. I want a padlock. A hardened steel padlock.

Actually, the door behind which I write during the day has a lock. But it may as well also have a sign that reads, “Come in! Your wish is my command.”

Each day starts with such promise. Early risers, my six-year-old and eight-year-old have plenty of time to eat, bathe and dress. We even have time for a quick walk, after which I arrange a snack basket filled with fruit, crackers and cheese that the boys can grab during breaks. I ensure school supply boxes have every conceivable item needed from now until senior year of high school. Twelve sharpened pencils, eight glue sticks, a calculus calculator. Chilled water bottles sit under desks so as not to fall onto school-issued Chromebooks, devices the boys treat with a delicacy reserved for newborns and Xbox controllers.

All my morning preparation is designed to stave off interruption later because once school starts, then it will be my time. I will have earned it. By then I will have spent two hours pretending to care about zombies, Creepers, and Endermen. I will have consoled Thomas after someone “accidentally” disassembled his Lego tower. I will have pulled a microscopic splinter from Devin’s toe with my good tweezers and a cracked magnifying glass. When the computer chimes at 8:30, it will be my time. Except it never is.

I stop what I am doing to reboot the computer for the sixth time that week, locate the math folder sitting in plain sight, shut the window, tell my boy to grab a basketball, and pretend to remove what was probably a cricket.

I return to my room, close the door, put in my earbuds, and settle into a rhythm. I cobble together a few sentences before a blast of wind blows into the room and two beaming faces loom over me. “Lunchtime, mama!” Terrific.

After stockpiling an arsenal of bread crust and apple peel, the boys head outside for “recess” while I clean yet more dishes, sweep up and long for the days of 2019 when lunch was consumed somewhere, anywhere, else. At 12:55 Thomas and Devin stumble back in looking like two Etruscan gladiators. Too late to turn the hose on them, I remind the boys that school resumes at 1:00. Then it will be my time. Except for last week, which was “Back to School” early dismissal at 1:05. Really. 1:05. And except for Wednesdays—professional development early dismissal.

No matter. After school the boys have homework. Then it will be my time. Until ten minutes later when Thomas throws the door open. “Done!” That smile. He is convinced I will be proud. “Thomas, there’s no way you did your paragraph, math, and reading.” “I’m gonna read tonight in bed.” Thus ensues a time-chewing debate on when homework should be completed. “She said to do homework after school. She never said right after school!” Apparently semantic dispute is part of Common Core. No sooner have I shooed Thomas out of the room than Devin needs help spelling a word. I ask him to try his best and promise to check it later. He waves me off. “I’ll just ask Alexa.” Before I can say Amazon Echo, my six-year-old is holding a conversation with our smart device, and I wonder if he will ever need me or any human again. When we reach a merciful end to the exegetics of homework (“I just need to color the chart but is that really schoolwork?”) the boys are released to their own creativity.

We are fortunate to live where the climate is mild and yards are big. We are also fortunate to know generous souls who buy our children a variety of games, toys, and books. Imagine my shock, then, when I learn that “there’s nothing to do.” I threaten to gut their toy room and turn it into a workout room, my dream closet, a wine tasting room, whatever will get them out of my room. They slink out.

A few sentences later, I am interrupted by a quiet knock and two sad eyes peering through a small opening. “Devin’s building a train track. He doesn’t want to play catch.” I glance from those doe eyes to my blinking screen icon wondering why we didn’t have that third kid. Before I can answer, he bats his giant eyes. “I don’t suppose you want to throw the ball around with me, mama?”

It hits me, hard. This most extroverted, most gregarious of eight-year-old has lost what matters most to him. He has lost before-school jaunts through the halls with school friends. He has lost recess battles and challenges with classmates. He has lost lunchtime conversation with those his own age, with those who share his interests. He has lost collaborative work that helps him learn from and laugh with his peers. He has lost weekend playdates and parties. He has lost everyone except Devin, his father, and me. But dad is on a call, and his brother is finally entertaining himself. Right now, I am all he has.

I quietly shut my laptop and smile. “Sure thing.” One day he won’t ask me to play. One day he will close his bedroom door, maybe wishing it had a padlock. I stand up, pull the door all the way open, and tell myself I can write tonight when everyone is asleep. Then it will be my time.

ABOUT THE WRITER Elizabeth Allison
The Write Profile

I spent many joyful years in education, but I made the difficult choice to leave the classroom to focus on my children and my writing. I recently published a short children’s book, Many Miles to Walk, an extended conceit written for my younger son to explain his birth via surrogate
MORE FROM Elizabeth:
Of All the Things the Pandemic Has Taken Away, I Miss Touch the Most, I Used To Go Over The Top For Birthdays, And Now We Just Travel Instead, We Took A Vacation With Our Child-Free Friends And It Was The Best Trip Ever