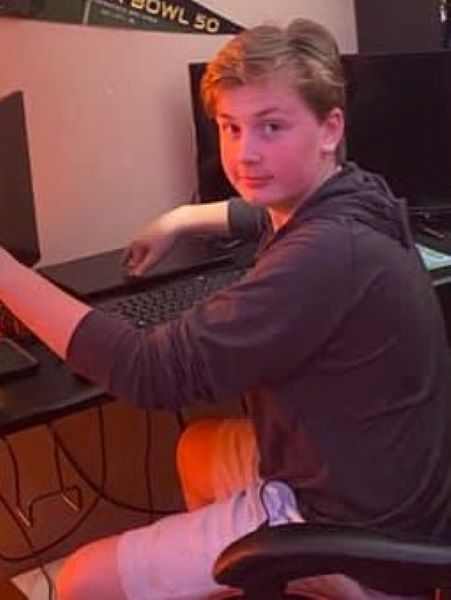 When I became a parent nearly 14 years ago, I knew absolutely nothing about parenting. I’d read all the baby books, perused all the parenting websites, signed up for the weekly emails about my baby’s development and yet still was woefully under-prepared for what it would take to be a mother.

Not much has changed since then. I still feel inadequate most days as I stumble my way through the maze of parenthood. As my oldest approaches his 14th birthday, I find myself amazed by how much he has changed in just one year. Blinking back tears, I look at him today, amazed at the young man he has become, and am humbled by just how much he has taught me during his 13th year:

1. Hold on loosely, but don’t let go. It turns out that 80s bands gave us more than just good music—they gave us solid advice to live by as parents. My 13-year-old has taught me this year that while I need to hold onto him and continue to guide him, I can’t cling too tightly. He needs space to find himself and that means space to make his own mistakes. If I hold too tightly, he’s never going to learn how to make it as an adult.

2. Be honest with friends. Middle school has been rough for me as a parent this past year, as it turns out that middle school drama doesn’t really stop when you leave middle school. It all rears its ugly head again when you become a middle school parent. During moments this past year when my 13-year old caught wind of such drama, he was always very matter-of-fact and eager to offer advice to me. He always encouraged me to “just talk to them” and be honest. His message—if they are your friends, they’ll understand.

3. Don’t sweat the small stuff. You can learn a lot from how 13-year-old boys handle conflict. While they have their share of disagreements with their friends, get hurt, and have drama, they are quick to let it go and move on. They don’t sweat the small stuff. They let it roll off their backs. We could benefit from doing more of the same as adults.

4. Sleepovers are the worst. I thought sleepovers would get better as they got older. They don’t. Although they can regulate themselves and then recover a bit quicker than my 10-year-old when it comes to going to sleep at a normal time, now that they are teenagers the responsibility of hosting becomes so much more stressful for us as parents. Are other kids bringing in vapes, drugs, or alcohol? Are they going to try to sneak out? Are they doing something on social media that might hurt other kid’s feelings? Sleepovers for 13-year-olds still suck.

5. Hugs are the greatest gift. When my son was little, he was a great hugger and snuggler. Now, hugs are much harder to come by. But, when I do get a surprise hug hello or thank-you or as a comfort, it is one of the greatest gifts ever. I wish I hadn’t taken all those toddler hugs for granted, I never knew how much I would miss them.

6. Teenagers can navigate. This summer we went tubing down a river in New Hampshire with a large group of families. It was a 5-mile river float and we let the group of teenage boys float off together ahead of the adults. Many of us worried that they wouldn’t be aware enough to see the tiny sign that would indicate it was time for them to get off the river. When we rounded the bend and saw the beach with the sign, the teens were nowhere in sight. I immediately wrote them off, assuming they missed it but I could not have been more wrong. Not only had they seen it, but they had returned their floats to the rental place and were waiting together for us near our cars.

7. Car rides are special. Joining a travel sports team has meant lots of long car rides over the past year and although those often meant waking up early and staring at headlights for 2+ hours, they also mean that I got to ride side by side with my 13-year-old, trapped in a moving box. Just us. Something special often happens on those long car rides. The air shifts just a bit and he begins to open up about his life, his friends, his feelings, his fears. I love those car rides now.

8. Teens have good instincts too. One of the biggest lessons I’ve learned from my 13-year-old is that just because we, as adults, are older, doesn’t necessarily mean we are wiser. Teenagers are humans too and have some gut instincts that sometimes are spot on. It’s important to give them a chance to use their voice and share their instincts. Being able to tap into that insight will help them immensely in their adulthood.

9. We need more cereal. ​One of the primary sources of fuel for 13-year-old boys is cereal. It could be a meal for breakfast, lunch, dinner, or a snack and teenagers eat it by the boatload. My 13-year-old has taught me to assume that we always need more cereal. If you see me at any store these days, I can guarantee I have some cereal and milk in my cart. ​

There are whole sections of bookstores devoted to the topic of how to parent a teenager. You could read every single one of those books and still feel unsure of yourself as you navigate the waters of parenting a teenager. But, I’m learning that the best way to parent them is to see them, hear them, and accept them for who they are right now…and feed them lots and lots of cereal. 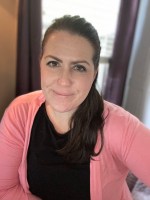