In partnership with Amazon Prime Video

Age ain’t nothing but a number! When it comes to having a successful track record in motivation, positivity and empathy, kids are absolute winners. Check out these 13 inspirational social activists, piano prodigies, siblings and others who are absolute go-getters. We’d gladly receive a pep talk from any of them! Read on to get inspired.

1.Mikaila Ulmer: Founder of Me & the Bees Lemonade
At age 11, Mikalia Ulmer has done more than many adults have in their lifetime. She’s an entrepreneur, protector of the honey bee, educator and student. She is the founder of Me & the Bees Lemonade, a company that uses her grandmother’s special recipe for lemonade with flaxseed and honey. She started selling her special lemonade recipe at kids’ entrepreneurial events and on roadside stands, and later won a deal on “Shark Tank.” Mikalia sells Me & the Bees Lemonade at Whole Foods Market and several food trucks and restaurants. She also gave the introduction of President Obama at a United State of Women forum. But her drive goes beyond making a profit. She donates a percentage of the profits from the sales to local and international organizations fighting to save the honeybees.

2. Sofia Tomov: BioEngineer Solving the Fourth Leading Cause of Death
We’ve all seen those pharmaceutical commercials that list out dozens of side effects that may occur after taking medication. Sofia Tomov heard those side effects and was concerned. She grew very worried when she found out negative reactions from medications is considered the fourth-leading cause of death in the United States. So this seventh grader decided to do something about that. She invented a computer algorithm that can determine which people may not respond well to certain medication. Sofia is one of ten Discovery Education 3M Young Scientist Challenge finalists, working toward saving thousands of lives. Not bad for a 12-year-old!

3. Will Lourcey: Founder of FROGs
When Will Lourcey was 7-years-old, he saw a homeless man holding a sign that read “need a meal.” When Will’s parents explained to him that there are so many people in the world who don’t have food to eat, this Ft. Worth kiddo decided to “be a doer, not a watcher” from that moment on. He wanted to make a difference, so Will gathered some friend, made a plan, and he started FROGs (Friends Reaching Our Goals, Inc.). This kid-run organization sets out to inspire and mobilize other others to make positive change. As a result, Will and FROGs has provided more than 500,000 meals for the hungry through local food banks and FROGs Dinner Club. They’ve helped pack 80,000 backpacks with food through Backpacks for Kids, and served more than 10,000 families through the Mobile Food Pantry.

4. Alanna Wall: Founder of PolishedGirlz
What little girl doesn’t like getting her nails polished? Alanna Wall combined that desire for beauty and her passion for making people happy to start PolishedGirlz. This non-profit sends girls to visit hospitals and treatment centers to bring nail art parties to patients in need. This 12-year-old started PolishedGirlz in her home state of Ohio, but has since expanded to multiple states through the assistance of volunteers who also share her passion. The organization not only brings some light to kids in need, but also empowers other kids to volunteer and make a difference in their community. 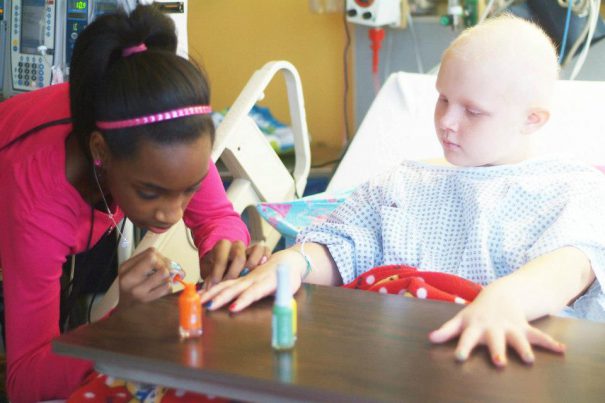 5. Robby Novak: Kid President
Twelve-year-old Robby Novak began his career as Kid President at 8-years-old. Thanks to a perfect combination of innocence, childlike honesty, and wisdom beyond his years (what is a world with Space Jam?), his “Make the World Awesome” pep talk is the ultimate motivational speech. A little fact about Novak: He suffers from “brittle bone disease” and has experienced over 70 fractures. And now that you know what you know, watch his pep talk below or visit his site for more. His delightful attitude in all things makes his speech so much more powerful.

6. Tristan Jacobson: Lemonade for Adoption Fees
This isn’t your average lemonade entrepreneurship. Tristan Jacobson made the Springfield News-Leader paper in April for selling lemonade in order to fund his own adoption. His story, from growing up in a dysfunctional environment to finding a family who loves him, struck a chord with over 490 people. And thanks to compassionate crowdfunding, Tristan is well over his original $5,000 goal. We guess proverbial phrase as it stands still rings true: When life gives you lemons, make lemonade. Get updates on Tristan’s family progress by visiting his YouCaring page. 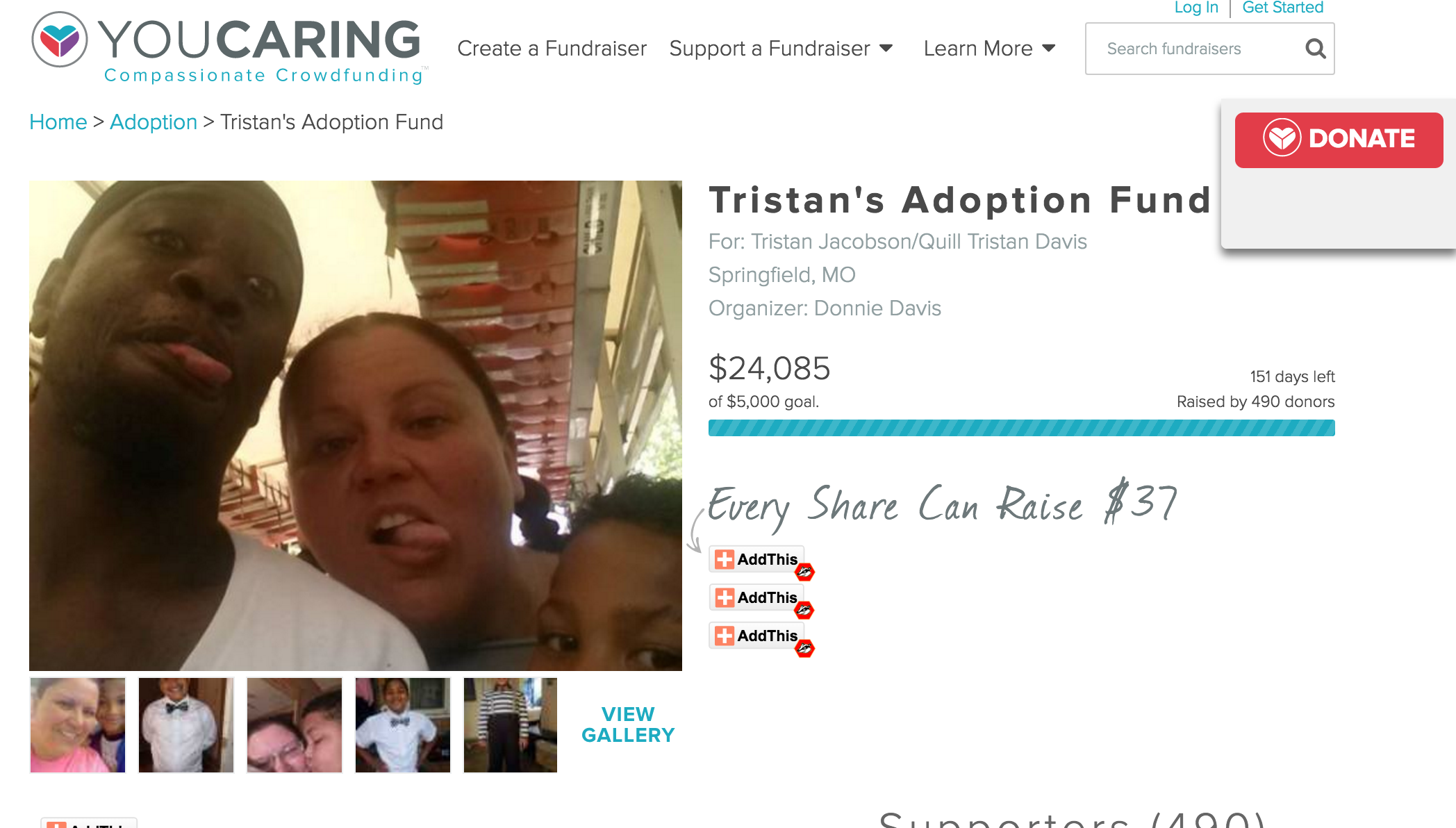 7. Noah & Lucas Aldrich: Triathlon Brothers
Sharing is caring can be a challenging mantra, but Noah and Lucas live by this phrase. Literally. The Aldrich brothers first made the news in 2014 when then 8-year-old Noah Aldrich carried his 6-year-old brother, Lucas, through an entire triathlon. They swam, biked and ran together in the sweltering heat and became winners in everyone’s book. These brothers continue to inspire people all over the world with their dedication to each other. Keep up to date with their progress on Facebook!

8. Caine Monroy: Caine’s Arcade
For 9-year-old Caine, his hidden East LA cardboard arcade business remained a community secret until his visitor of one, filmmaker Nirvan Mullick, gathered a flash mob to visit. He filmed the process, creating the hit documentary film, “Caine’s Arcade.” Caine’s tenacity, entrepreneurial spirit and positivity resonated with over 10 million viewers. Kids began building their own arcades and Mullick, the director, founded “Imagination Foundation,” a non-profit with a mission to foster and fund creativity and entrepreneurship in kids around the world. These days Caine is retired (at 13, the dream!) but his DIY story continues to inspire. See all the amazing creations he’s inspired on Facebook.

9. Avery Jackson: Avery Chat
A family is an incredibly important support system. Avery Jackson’s story of being a transgender youth echoes with wisdom, and, most of all, love. At the age of 7, Avery chose to share her story with the world wide web through her first video, “Avery Chat.” What’s powerful is how happy Avery is as she tells her story. This huge act of bravery also sheds light on how unconditional love can really transform a kid. See how amazing and supportive this family is of their community and themselves here.

10. Maddie Ziegler: Dancer, Actress and Model
Helen of Troy had a face that launched a thousand ships. Maddie Ziegler has the talent to spur a million parodies. We may have all struggled to belt a line or two from Sia’s Chandelier, but Maddie’s performance is no piece of cake either. Maddie’s been working on her craft since she was two. While it seems like she reached fame overnight, her journey to stardom is a result of passion, hard work and dedication. It’s no surprise to see her named one of Time’s “30 most influential teens of 2015.”

11. Johnson Li: Piano Prodigy
It’s easy to dismiss a prodigy at work, after all, they’re naturally good at what they do. But if we’ve learned anything from adulthood it’s that enjoying your work is just as important as being good at it. While Johnson Li is able to bang out a piano piece that would sound good to any ear, his work ethic demands that he pays attention to the details. And that, unsurprisingly, makes all the difference. Listen to his articulate TEDxTalk below.

12. Gavin R. Stevens: Independent Walker
Don’t let anything or anyone get you down! Inspiration comes from unexpected places, like this video of 4-year-old Gavin learning how to use his cane for the first time.This viral video brought more attention to Leber’s Congenital Amaurosis, a degenerative disease that causes severe loss of vision at birth. Despite that, Gavin navigates through life like a ray of sunshine. He’s gone on to sing at the Staples Center, be in a music video and spread awareness about his disease. Watch the video that caught our attention below. Gavin’s determination warms our hearts.

13. Maya Penn: Fashion Designer
Sixteen-year-old Maya Penn has been an eco-friendly fashion designer, author, philanthropist, artist and entrepreneur since she was 8-years-old. She built her online store, Maya’s Ideas, in HTML and sells only environmentally-friendly hand-crafted materials. She also supports multiple foundations and donates 20% of her profits to organizations and charities she cares about, like One Billion Rising and Girls, Inc. Hearts can be big no matter your age, gender, size or experience.