As a kid, The Jetsons and their futuristic gadgets seemed like a galaxy away, but thanks to smart home technology, a Rosie of our own is even more of a possibility than ever. Amazon will bring households one step closer to the era of Jetsons-esque-living with the introduction of an Alexa-enabled microwave, among several other new smart home devices.

Just imagine the possibility of reheating your lukewarm coffee for the fifth time today without having to lift a finger. On Thursday, Amazon announced a whole new line of Alexa-powered gadgets to help make your life just a little bit easier. 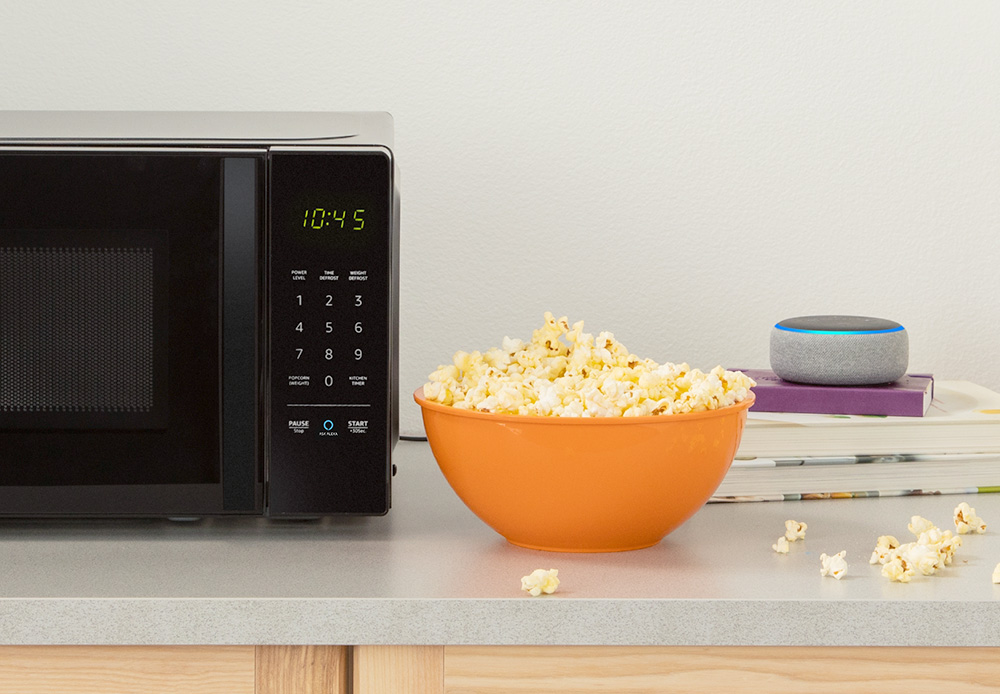 The new AmazonBasics Microwave might just be the coolest offering yet from Amazon. It will allow you to cook with your voice, by asking Alexa to defrost, microwave or reheat at whatever specifications you give her. Of course, you’ll still have to put the food in yourself (Rosie, we’re still waiting for you).

Besides the smart microwave, Amazon also announced a smart home plug that allows you to control lights, fans or just about anything you can plug in, using Alexa. Amazon also unveiled several new Echo models—as well as Echo Auto, which brings the power of Alexa to your vehicle. (Sadly, “Alexa, drive me to soccer practice” probably won’t work—we haven’t taken it out for a test drive yet.)

“We want you to have access to Alexa everywhere—in your kitchen, in your living room, in your office and now in your car or truck,” said Tom Taylor, Senior Vice President, Amazon Alexa. “Today, we’re excited to expand the number of ways that customers can add Alexa to their homes and their vehicles, so they can use Alexa to make their lives more convenient and easy—whether it’s asking for the traffic on your drive home, checking your email in the morning or simply saying ‘Alexa, good night’ to turn off your lights and lock your door.”