I Have an Amazon Side Hustle & Honestly, It’s the Best Gig for Busy Parents

The U.S. Department of Agriculture estimates based on the most recent data from the Consumer Expenditures Survey, in 2015, the cost of raising a child through age 17 in a middle income family today to be $233,610—and that’s excluding college.

Like most parents, my wife and I underestimated the price of parenthood when we decided to expand our family four years ago. We were overjoyed to have our daughter, who’s now three and a half, but quickly realized that the cost of living in San Jose, California—coupled with the expenses that come with children—would put a big strain on our finances.

At the time, my wife and I each worked full-time and we both planned on continuing our careers, but that quickly changed when we learned how expensive outsourcing childcare would be. We decided that my wife would stay home and I would try to find some extra work beyond my job as an engineer.

I tried some freelance consulting work, which paid well, but didn’t give me much flexibility. About two years ago, I heard an advertisement for Amazon Flex on the radio and was drawn to the earnings–about $18 to $25 per hour–along with the ability to work when I wanted. I applied and started delivering packages a few weeks later.

Now on any average day, I wake up in the morning and work as an engineer from 7 a.m. to around 4 p.m. Before I leave, I start looking in the Amazon Flex app for blocks (or delivery windows), typically for the same day. I’ll then leave work and deliver packages in the San Jose area that same evening.

Amazon Flex has given me the opportunity to be my own boss while bringing in supplemental income for my family. I can pick up blocks when I want and work around any plans on the weekends so it doesn’t impact my family or personal social life. For example, I’ll look for early morning blocks on weekends, because my daughter sleeps in late, and then I can spend the whole day with her when she’s awake. I can also choose to not pick up blocks for a few days or even weeks at a time if I have to take care of some personal things or just want a break.

This program has also been an unexpected way to explore the San Jose community and genuinely connect with my neighbors. I’ve seen so much more of this town! The people I’ve met while delivering packages have also been great–especially since everyone is typically pretty excited to be getting their Amazon order. I even convinced a friend to sign up for the program because I think it’s one of the best ways for parents to make extra money while still being able to be there for their kids.

Making deliveries isn’t for everyone, but it’s been the perfect side gig for me and my family. If you see me driving around the neighborhood, say hello! I’ll be the guy dropping off your next birthday gift, take-out dinner, groceries or whatever you ordered from Amazon this week. 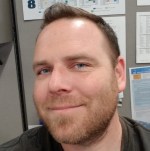 ABOUT THE WRITER Michael O'Lane
I am a full-time engineer and a part time independent contractor with Amazon Flex living in the California Bay Area in San Jose. In a former life, I rode dirt bikes professionally for ten years. Today, I enjoy spending time with my wife and four-year-old daughter and exploring my city.
Red Tricycle > Parenting > Family Finances > I Have an Amazon Side Hustle & Honestly, It’s the Best Gig for Busy Parents