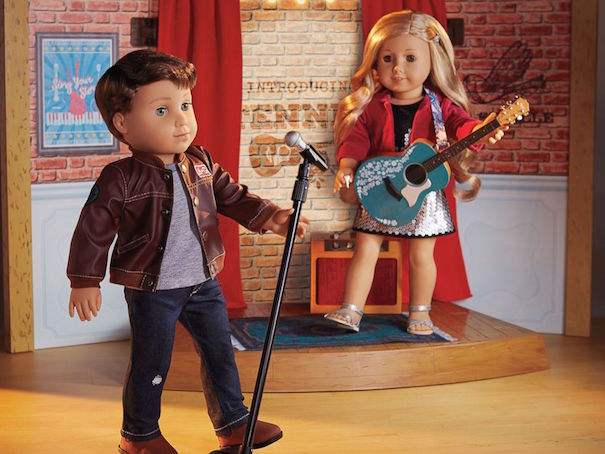 Move over Ken, there’s a new plastic dude in town. American Girl unveiled it’s brand new character and for the first time ever it’s a boy. In response to growing demand for gender-neutral toys, the beloved company has introduced Logan Everett and doll lovers across the country, both male and female are going to be clamoring to get one. Read on to learn more about what’s sure to be the hottest toy of the year.

Designed to accompany already existing American Girl doll, Tenney Grant, 18-inch Logan comes with his own drum set as the duo play in a band together. His character will also be written into the American Girl book series featuring Tenney. Hopefully he will be just the start of an even more diverse universe of characters and options to come.

Wanna know what kids think of the new doll? Check out the video below:

Logan is part of a growing trend among toy makers to remove gender bias from playtime. While there’s absolutely nothing wrong with a boy playing with female dolls, it’s definitely nice to have some more options for both boys and girls.