How This Tween Girls’ Clothing Store Captured One Mom’s Heart 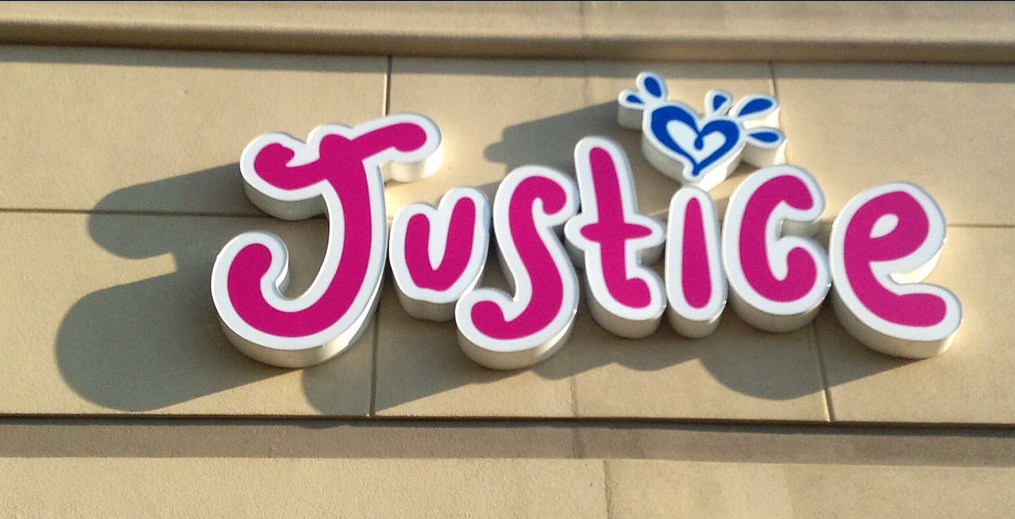 This weekend you made a little boy’s dreams come true.

My 10-year-old gender non-conforming son has been wanting to shop at Justice since he was four, when he would tag along for clothes shopping with his big sister. After about age 11, she outgrew Justice and we hadn’t gone in the store for years. He ended up always begrudgingly trying on clothes from the boys’ departments along with his older brother. But he hated it. He avoided trying on clothes at all costs. Back-to-school shopping was a chore he dreaded to the extreme.

Every time we made a trip to your next door neighbor store, Target, my son would longingly look in the windows of Justice and say, “I wish I could shop there.” But we never went in. There was just something off-putting about those words on your window, reading, “Just for Girls,” that kept us away time and time again. My son doesn’t identify as a girl, at least he hasn’t for as long as he has been able to communicate, although he has always acted like a stereotypical girl, played exclusively with stereotypical girls toys and has almost exclusively female friends.

We’ve all been on a journey to understand his gender non-conformity, but finally my husband, myself and my two older cisgender children are all on the same page, and we’re just looking for ways to support our gender creative, in-transition, born-male child. He may one day be LGBTQ+. He may not. We’re open to whatever, as long as he’s happy, true to himself and not hurting anyone.

Well, this year I was planning a trip with my son to Justice over spring break for some much wanted “sparkly” clothes. All excuses aside, I was going to take the plunge.

The summer came and went. My son settled on “boys” back to school clothes, and two pairs of “girls” Twinkle Toe sneakers, along with a hot pink, peach and purple backpack, and pink lunchbox shaped like a purse.

I mentioned my son’s Justice wish to a support group I lead for parents of gender non-conforming and trans children. I wondered out loud whether a clothing store that touts itself as “just for girls” would be open to a boy trying on their clothes. Because of HB2, I wondered whether they’d have a legal right in N.C. to deny my son entry to a female dressing room.

Thanks to a hero mom friend, all the vetting out was done. She did something I had been putting off. She physically went to your store, spoke to the store manager on duty, and asked questions from, “Would you let a boy try on clothes here?” to “What would you do if another customer made rude comments to a little boy looking at or trying on clothes here?” And much more.

My friend reported all good news back to our group. The store manager assured her that “everyone is welcome at Justice,” and any rudeness or discrimination from fellow customers would not be tolerated. She spoke of how Justice’s parent company, Ascena, helped donate without question after the Orlando massacre at Pulse Nightclub. We definitely had an advocate at this store.

Then, another hero friend sent my son a Justice e-Gift card that I could use right from my phone. It was then a done deal. We were going shopping.

My son wanted to go immediately, but we had to get to school and it was 7:15 a.m. on a Tuesday. I told him, “maybe Friday.” So Friday afternoon at 4:45, I was leaving work and I decided to call the store to make sure our advocate was working. She was; however, she stated her shift was over at 5:15, but that the girl taking over after her was just as welcoming.

We rushed to get there, and just around 5:10, we arrived. There were no other customers in the store. My son’s eyes were huge and overwhelmed with possibilities. The Justice store manager came right over to greet us, didn’t bat an eyelash, and basically took on the role of my son’s personal shopper for the evening.

After getting a feel for what colors, textures and patterns he liked, our advocate showed us several possibilities, from sequined mini skirts to slim jeggings. My son LOVED them all. We went to the changing room, and my son couldn’t get those clothes on fast enough. Once that first outfit was on, he posed and admired himself in the mirror, spun around in circles to see the skirt poof out, and studied himself from all angles in every possible combination of outfits. It was pure joy. This ― in stark contrast to how he tries on “boys” clothing in other stores when he won’t even put an outfit all the way on or refuses to try on at all. My son dropped his usual shopping doom and gloom look and suddenly sprang to life in these clothes. He even encouraged me to take pictures of him in the different outfits. There was no denying he became different, more confident and happier child when wearing pretty things.

I was blown away by the fact that our advocate Justice manager stayed well past her shift’s end, just to continue working with us. She made my son feel beautiful and totally free of judgment. I want to thank her for that precious, precious gift. I rarely get to see my son reaching his full potential, his absolute true self in public. She encouraged that and even helped bring it out. I felt so much hope for the future.

I will leave you with a few pictures I took of some of his new outfits. Please look at his smile. This is as genuine as it gets. I think his cheeks hurt from smiling so much when we left.

I want to say an extra special thank you to Ascena Retail Group, and to the Raleigh branch of Justice, at Poyner Place behind Triangle Town Center. I want to say a super-duper thanks to the store manager, Stephnie, who went waaaaay above and beyond, for giving my son a safe place for two hours of his life that will no doubt impact his future in a big way.

Your most recent fan for life,

Martie Sirois, parent of a gender non-conforming 10-year-old boy transitioning to become someone even more beautiful than he already is.

ABOUT THE WRITER Martie Sirois
www.gendercreativelife.com

Martie Sirois is a contributor to Huffington Post, and has been republished worldwide. She has been on Listen to Your Mother, The State of Things w/Frank Stasio (WUNC Radio), and SiriusXM radio's "Tell Me Everything w/John Fugelsang." Martie pioneered S.E.A.R.CH., a gender creative playgroup for kids/parent support group, and leads it at the LGBT Center with her supportive husband and three children.
MORE FROM Martie:
Gender Creative Life
Red Tricycle > Spoke Contributor Network > How This Tween Girls’ Clothing Store Captured One Mom’s Heart