An Open Letter to That Lady With the Screaming Baby 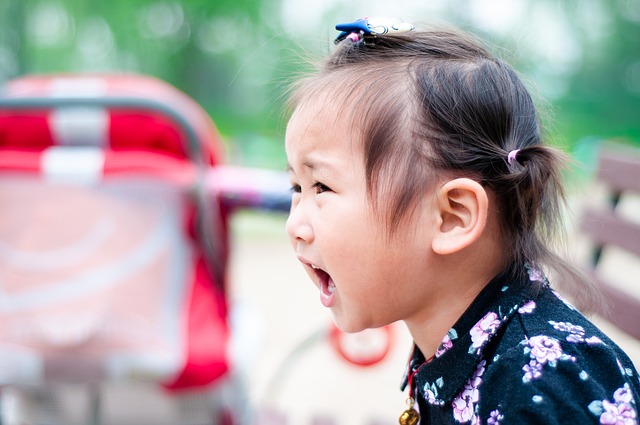 I’m watching you walk back and forth with that baby in your arms. You wear a path like a dog on a chain. You just laughed at the joke someone in your party told, but you laughed too late, and I can tell you didn’t get it. I’m guessing you haven’t slept more than twelve hours in the past six weeks. It’s all I can do not to run over to you and shower you with my hard-earned wisdom, but I control myself because I remember what it was like to be a new mom.

When I was a new mom, there seemed to be no boundary between strangers and me. They swarmed me with advice and admonishments. As a rule, their comments made me feel like I was a danger to my child.

One day a woman stopped me on the street to declare, not say, but declare as if it were an irrefutable fact of the universe, “That baby is going to die of suffocation in that sweater.” I nearly cried. Did she have any idea how long it took the two of us to get out of the house that morning? Did she not know that just the day before another well-meaning woman had told me my sweaterless child was going to freeze to death? To death!

So I don’t approach you, New Mom. I’d rather leave you alone and just hope that you pick up this article during a midnight feeding. I want you to know that you have not been Punk’d. This moment that you find yourself in with this six-week-old baby is not what motherhood is going to be. Swaying from side to side, trying to follow an adult conversation about things you no longer feel a part of is not the culmination of that big wedding and festive baby shower. This is just a moment.

I also want you to know that your baby has colic. People might be telling you he’s a little fussy or that he takes after his cranky Uncle Al. Or they wonder if you eat too much dairy while nursing, or not enough. They’ll tell you he’s screaming because you don’t let him sleep on his stomach or because you had an epidural during delivery. You’re secretly afraid that he’s defective in some way. I tell you it’s colic, and I’m guessing you have another six weeks left. After consulting many doctors, I have determined that colic is loosely defined as: there’s nothing at all wrong with you or your baby, but he’s gonna scream for the longest three months of your life.

And if there was an audio component to that definition, it would surely be the sound of your baby crying. Your baby’s cry is not a regular “I’m hungry” or “I’m tired” or “You just scraped my back with your watch” cry. It’s a screech as loud, jarring and rhythmic as a car alarm. Except car alarms have an auto shut-off function that kicks in after ten minutes. This scream evokes sympathy so deep in me that I want to run over to you and cover your ears.

You just caught my eye. You think I’m staring at you because of the screaming baby. I want you to know that the screaming doesn’t bother me a bit. It’s not my car alarm. What bothers me is that I have seen you try to sit down to eat three times tonight. And every time you try to pass that baby off to a friend and make contact with the picnic bench, the impact activates the car alarm. That baby does not want you to eat or sit. I want you to know that you are going to sustain your own life by snacking while swaying and standing for another two months. And then it’ll be okay.

When the women gather and tell you how beautiful your baby is, how lucky you are and how this is the happiest, most precious time of your life, I want you to know they are out of their minds. They have grown children who are drinking and dating and talking back. They don’t remember what it was like to sleep for only 90 minutes at a time and to have scabby nipples. You are not the first person to think maybe this whole motherhood thing wasn’t such a good idea. You are not the first person to fantasize about maybe being hospitalized with some minor ailment for three days so that you can sleep.

You probably have a few friends who’ve just had babies too. And you probably have a friend whose baby slept through the night the first day he came home from the hospital. And you probably hate that friend and her lazy baby. I want you to know that I was that friend. My friend Eileen and I had babies at the same time; mine was the sleeping and smiling sort, and hers was the car alarm on a Maserati. She did not sleep for the first six months of his life. Obviously the better mother, I liked to offer suggestions: “Have you tried rocking him?”

I also want you to know that life is fair and that my second child was hell-on-wheels colicky. And that he almost never screams now. I want to march him over to you in his full eleven-year-old glory and say, “Look!” I’d make him show you how he can dribble with both hands and how he can calculate the per-glass cost of a bottle of wine. (Have you ever tried to divide by 4 ½?) He has a strong sense of how to solve his own problems and a heroic pain tolerance. Skills learned during infancy? Maybe. I want you to know that he now wakes up on a Sunday morning, grabs a granola bar and lets me sleep until I’m good and ready to face the day.

Most importantly, I want you to know that if you have any money at all — money you’ve been saving for a vacation, retirement or a medical procedure — hire help. Indulge in the pure luxury of a nap. Don’t sneak the nap. Instead, shower and put your pajamas on in the middle of the day. If money is not here to help us repurchase a bit of lost sanity, I don’t know what it’s for. And when you wake up, take that screamer back in your arms. He won’t have forgotten you.

And I’m sorry for reading your mind, but I can see the question you really want answered. No, you will never have your life back the way it was before. Never. Nor will you want it back. Just hang in there. 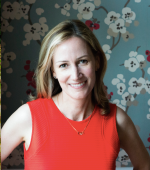 ABOUT THE WRITER Annabel Monaghan
www.annabelmonaghan.com

Annabel Monaghan is the author of Does This Volvo Make My Butt Look Big? (December 2016), A Girl Named Digit and Double Digit. Her column appears in The Week, The Huffington Post and The Rye Record. She has three sons, and in her spare time she likes to look for their stuff.
MORE FROM Annabel:
Does This Volvo Make My Butt Look Big?, I Had a Whole Weekend Alone. It Wasn’t Pretty.
Red Tricycle > Spoke Contributor Network > An Open Letter to That Lady With the Screaming Baby