When the Moment Hits You: You and Your Spouse Are Separated 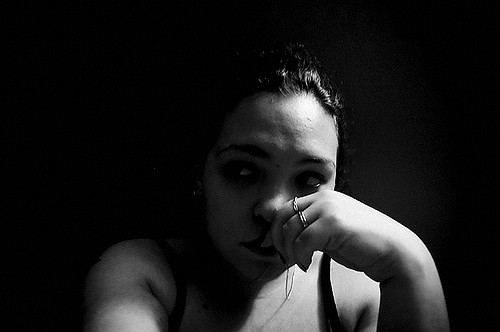 My little girl was crying her lungs out last night, she was having growing pains. I ran to my medicine cabinet just to find one expired bottle of ibuprofen. It had been so long since I last needed it that I hadn’t noticed that it was just a very disgusting, sticky looking bottle. My daughter was also sick, she had a running nose and had been coughing and sneezing, so taking her out of the house to go to the drugstore at 10 p.m. was not a good idea, neither was leaving her alone. So I picked up the phone and called her dad. I thought he could make a little errand since he had insited on being as present as posible even if we were apart.

The phone rang, voicemail. I called again, voicemail. I guessed he was already asleep or something so I didn’t insist (and I didn’t want to be that crazy ex who calls eight times).

I comforted my daughter, we cuddled and after a while she fell asleep again.

The downpart of being a Millenial mom is that there are a lot of ways of knowing stuff (stalking people). So there I was checking the “last seen” on his whatsapp… he was online. I knew he had seen my missed calls, he just didn’t care to return them. I called him again, not knowing what I was going to say. No answer. HE. WAS. STILL. ONLINE.

Honestly, I freaked. Was he with someone else? Hot date? Partying on a wendsday night? OR was he just plainly ignoring me?

None of the options above made me feel good, and none of them were a good excuse to not helping me out with our daughter’s “emergency” (I know it wasn’t a big deal, but you know, at 10 p.m., tired and sleepy, a screaming girl IS a very real emergency). But the thing is… he actually didn’t have to answer. I wanted so bad to make him feel guilty about it, but I knew he just didn’t have to answer. And most importantly, he didn’t have to give me any reason not to.

We are separeted, we take turns in being in charge of our daughter and it was my turn. Running to the drugstore to help me out isn’t on his job description anymore. I felt completely alone and helpless. It hit me and it hit hard. We are not together anymore. He’s not going to be around everytime something gets hard, not even to help me take the trash out. For the first time I felt his absence. For the first time I realized It’s just me from now on. 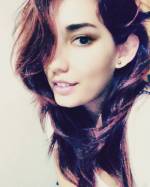 ABOUT THE WRITER Ronza Arias
Oh, well... THAT happend.

A very OK MOM of one incredibly strong willed, unstoppable 4 y/o girl.  We're all on a different ride, I'm here to talk about how the world looks from this particular one.
Red Tricycle > Spoke Contributor Network > When the Moment Hits You: You and Your Spouse Are Separated