Animal Games That Will Inspire Your Kid’s Imagination 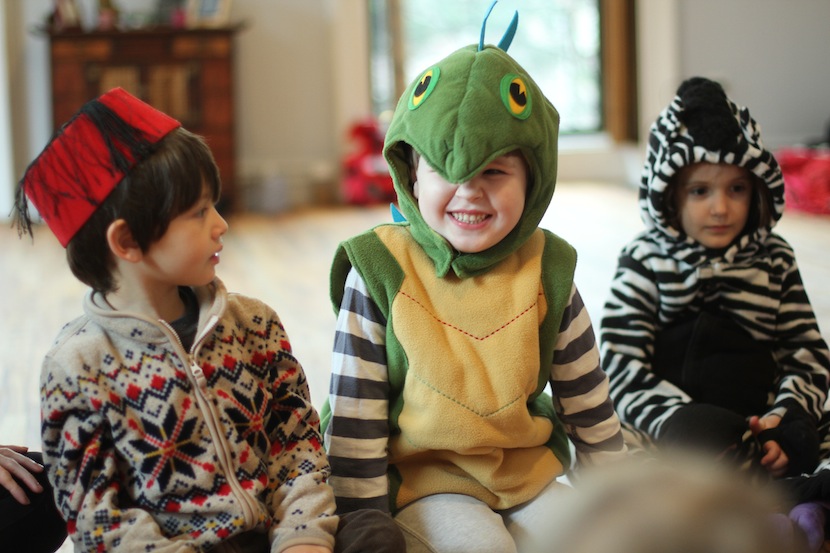 Animal Games are an amazing entry-point into dramatic play for kids. When parents ask me about my favorite games to play at home, I often suggest starting with the animal kingdom. Whether they are fuzzy or fierce, animals are a natural springboard for courage and silliness…they are an awesome gateway into that imaginative magic.

I’ll never forget those early days when Nathaniel was learning to ride his scooter: We’d go a half a block and then he’d stop, so tentative! As soon as I talked to him like a mother bunny and called him Peter (rabbit!), he was zooming off to find the berries from Mr. McGregor’s garden. He’d go even faster when I became Mr. McGregor. Once he got the muscle memory and confidence, it didn’t leave him, even when he stopped being a bunny and was just a 3-year-old kid on a scooter.

Ultimately, harnessing the power of imagination is not just great for our kids, it makes parenting easier!

So, with that in mind, here’s a video on ways to use animal games in your everyday parenting and tips on encyclopedia-style books that can take it to the next level.

Animal Games That Will Inspire Your Kid’s Imagination:

The structure of some of our classic Child’s Play NY games lend themselves so naturally to animal games and play:

If you need a courage booster as you go, use soaring, sneaky, or bouncy soundtracks to help you get in the mood of the animal kingdom and augment any of these animal games!

The thing to remember with all dramatic play is that you already have on hand what you need to transform. But if you are throwing an animal birthday party or want a little more springboard into the make-believe, here are some things I recommend:

Above all, don’t forget to have fun, commit, and take risks yourself!  You are modeling silliness and bravery with your kids as you play.

Hope you have an animal-tastic time!

This post originally appeared on Child's Play In Action.

Jocelyn Greene is a Brooklyn based educator, director and mom.  With her company, Child's Play NY, she teaches hundreds of kids a year and is equally joyous adapting fairytales for 4s as she is staging Shakespaere with the teens. Check out http://www.childsplayinaction.com/ for video tutorials on game-based play to do at home!
MORE FROM Jocelyn:
ONLINE CLASSES WITH CHILD'S PLAY NY, LEARN MORE ABOUT CHILD'S PLAY NY
Red Tricycle > Parenting Advice > Real Talk > Animal Games That Will Inspire Your Kid’s Imagination