Anything But a Mama’s Boy 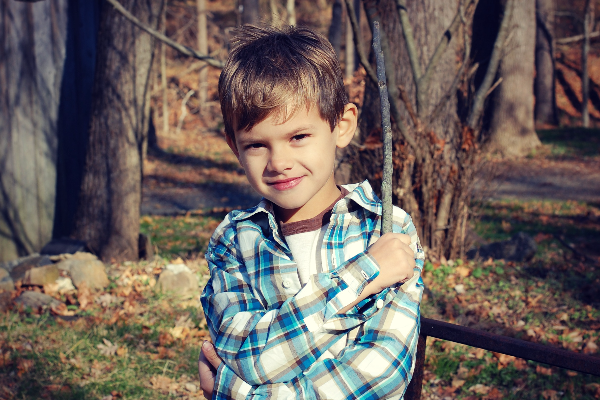 While I’m on point when it comes to overthinking and underestimating my parenting decisions and abilities, respectively (I think it’s just second nature being a mom), it took only one play date to spiral me into months of sheer panic and self-doubt.

“Is something wrong with him?” one of the moms asked me about my son that day, pausing mid-nibble on a piece of ripe watermelon.

We were there to get our boys better acquainted as they would be going into first grade together. The conversation started off innocently enough, about our boys’ interests and dislikes, when it suddenly turned a little more personal.

“He’s such a ‘Mama’s Boy,'” remarked one mom. “Always snuggling and telling me he’s going to marry me someday.” Another chuckled and added, “Oh I know. It’ so sweet. Gavin always kisses me goodnight and has to tell me a hundred times how much he loves me.”

I guess I got too quiet because one of the other moms turned to me and asked, “What about Charlie? Is he mushy like that too?”

I don’t know what compelled me, but I blurted out, “He’s never said, ‘I love you,’ to me.” I think my words shocked the other boy moms as much as they did me because nobody said anything. Well, nobody except that one mom who looked at me with a mixed expression of pity and concern and asked, “Is something wrong with him?”

Was something wrong with my son? I had never entertained the idea. I mean, developmentally he was aces. Height, weight, BMI — all normal for a kid his age. He skillfully picked up small Legos even if he left them scattered on the floor for me to step on at night. While he often collected crumbs in his lap, he deftly got the fork and spoon to his mouth at mealtimes. He could run and climb and throw a ball despite needing a reminder, on occasion, to indulge in such pursuits outside rather than inside the house. He shed tears if I accidentally turned off his Minecraft game before he had the chance to save it. He laughed at fart jokes. And every night he slept with his lovey, Ninja: a one-armed, limp-legged faceless stuffed black sock that I bought for him when he was only four months old.

But he had never, ever, in his six years of life said to me, “Mommy, I love you.” He never talked about marrying me one day. He never told me I was the most beautiful girl in the world. He never reached for my hand unless I took his first. He didn’t do cuddles. He didn’t do hugs. And he definitely didn’t do kisses.

So maybe there was something wrong with him after all?

In the weeks following, I did my best to bring out the “Mama” in my “Anything-But-A-Mama’s Boy.” I grilled him every night before he went to bed about his feelings toward me. What I got was: “You’re okay.” I made him sit next to me and snuggle when he watched Teen Titans Go. What I got was a lifeless arm around my neck and the question: “Why are you sitting so close?”

I began to think that maybe something wasn’t “wrong” with him — but rather, something was wrong with me. Despite my daughter’s affections, maybe I was just unlovable to him. I thought about all my parenting fails. Let me be frank: there were A LOT. Maybe they made me a monster in his eyes. What if he could never see past my flaws and love me?

I tried making it up to him. I’d pretend to drag him along for errands but secretly treat him to ice cream. I’d throw the pack of Pokemon cards he was eyeing at Target into my cart. I gave him a pass on my meatloaf and served him up chicken nuggets instead. Some nights I let him stay up 30 minutes past his bedtime. Others, I let him fall asleep in my bed.

I tried everything I could to make myself lovable.

And guess what? None of it worked.

The tipping point came the day he returned from school with a family portrait of us at Thanksgiving. There my family was, drawn in true little kid fashion: stick figure bodies with disproportionally, large heads, crooked smiles and eyes devoid of pupils. Except me. Because I wasn’t there.

Can I tell you how much I cried? I thought the tears would never end. “He doesn’t even think of me!” I wailed to my husband. “It’s like I don’t even exist.”

My patient husband sighed. “Tara,” he said with a smile, “he loves you. Stop looking with expectation. You’ll see it.”

I spent the next few months “not looking.” I gave my son space. I stopped reaching for his hand at every single opportunity. I stopped smothering him with kisses whenever he was just sitting on the couch. I stopped asking him if he loved me. I stopped trying to make him into a Mama’s Boy. I let go of the voices of those moms from the play date. I just let him be.

And it was at that moment, when I let go of all expectation of how he “ought to be,” when I let go of comparing him to the other boys out there who were so mushy with their moms, that I knew. He loved me. He did. He just did it in his own way.

Like how his eyes would well up with tears when he saw me crying. How he begged me to watch him do his math facts on the iPad. How wanted me to tuck him in at night even after his father just did. How he smiled when I told him I was coming into his classroom on a specific party day. I was important to him. He loved me. He wanted me near. He just didn’t show it the way other boys did.

Since that play date and brief descent into self-doubt, I’ve learned so much about my son, myself and parenting in general. (As an aside, I also learned why I was missing from that Thanksgiving illustration: I was supposedly busy in the kitchen, cooking the turkey. Go figure.) I’ve learned that the only expectation I should embrace while on this parenting journey is the expectation that every kid is different. So to all the “Anything-But-A Mama’s Boy” Mama out there, I say: we are everything to our little guys. Stop looking; accept their unique way of loving. They are perfect just the way they are. 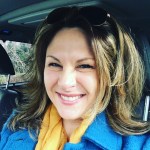 I'm a married mom to two and an unfaithful fitness fanatic with a penchant for carbs in both the solid & liquid forms. Previous English teacher turned SAHM, I enjoy writing about midlife minutiae and connecting with moms who also feel like they're just making this up as they go along.
MORE FROM Tara:
What I Want to Tell Whitney, Being Alone Ain't So Lonely, Don't Go Hatin': We Come in Peace
Red Tricycle > Spoke Contributor Network > Anything But a Mama’s Boy