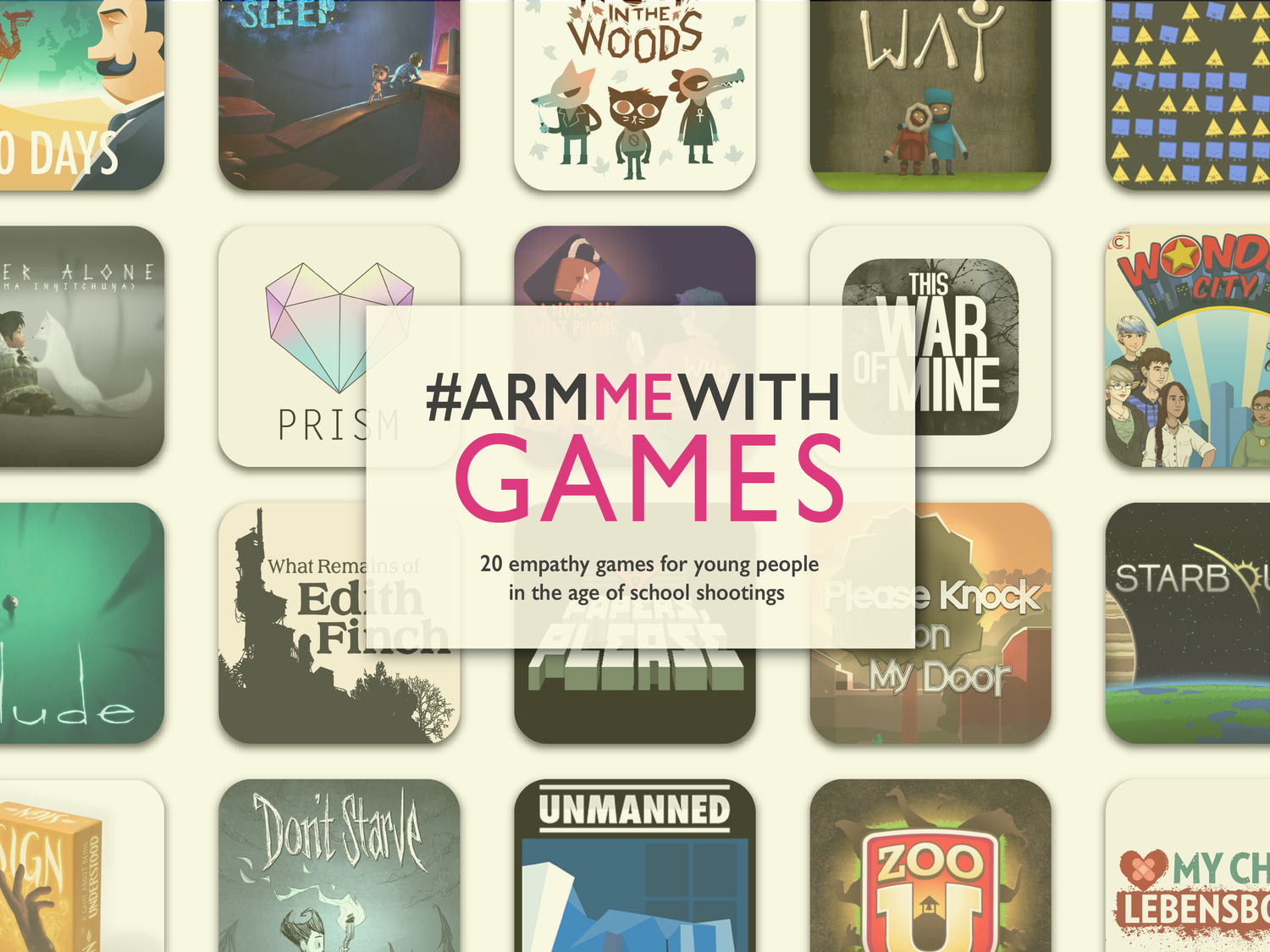 There are two very different conversations happening around video games in the media today. On one hand, we hear tirades from politicians who decry video games as a cause of aggression amongst young people and scary stories of parents whose children are Fortnite addicts. On the other hand, we read reports and research from screen time experts which argue that the moral panic around video games is overstated and demonstrate that games can be a positive force in the lives of young people.

Research shows us that truth about games lies somewhere in between and the conversations we need to be having are more nuanced than “Games are good” versus “Games are bad.” As a children’s media producer, I’m familiar with the studies which show no evidence of the link between video games and aggressive behavior and with the work of educators who have successfully used games in their classrooms to build empathy and social-emotional learning—skills that children growing up in this age of mass gun violence, lockdown drills and mass school shootings need now, more than ever.

But as a mother, I recognize that many parents need help finding games for their children. That is one of the reasons that inspired my studio Literary Safari to create an #ArmMeWithGames list. We asked leading game designers, researchers and educators for recommendations of games for young people growing up in the shadow of mass school shootings.

In a week when we heard the heartbreaking news of three survivors of mass school shootings (two students and one parent) who died by suicide, we can’t ignore the mental health impact of mass gun violence. While gun reform legislation and school safety take center stage amongst legislators and in the media, what I see as being less discussed is the very real impact of lockdown drills and school shootings on the emotional lives of young people, educators and families.

Here is a sampling of the game recommendations we received, which ranged from elementary to high school levels and include adventure, puzzle, battle, narrative and live action role play games. A number of these games were also specifically designed to tackle difficult and complex topics like loneliness, depression, trauma, PTSD, social media use and bullying and to give young people an opportunity to practice empathy by walking in someone else’s shoes.

A Normal Lost Phone is an investigation game in which players search through a missing person’s phone to solve the puzzle of what happened to them. Players read text messages and emails and look through photos and apps which reveal intimate details about the main character’s life up until the evening they disappeared. The game touches on social media issues affecting teens today and is an opportunity to consider how devices and online activities can put our privacy and safety on the line.

Among the Sleep is an award-winning first-person narrative game played from the perspective of a two-year-old child experiencing parental neglect. The game begins with the player being awakened in the middle of the night by a mysterious sound and then setting out to find his/her mother in a nightmarish version of their home. This game assesses the effects an environment of alcohol abuse and domestic unrest can have on a young child.

Don’t Starve Together is a multi-player video game in which players have to gather supplies and assemble the tools they need to survive. Players navigate a mysterious land while trying to maintain their health, sanity and hunger levels, keeping away from darkness and deadly creatures. This game is a well-rounded survival game that allows players to play individually or collaboratively and to experience the mental toll of loneliness and unhealthy environments on an individual.

Elude is an exploration game that aims to enhance the understanding of what people suffering from depression are going through. It was created by the Singapore-MIT GAMBIT Game Lab. The game takes place in a forest—a metaphorical representation of varying moods—where players climb trees and resonate with passions that are represented by colorful birds. Ultimately and uncontrollably, players are dragged down, but through gameplay, are challenged to find their way back to the top, where true passions lie.

My Child Lebensborn is a mobile tamagotchi game set in post-WWII Norway in which players assume the role of foster mother/father to a child experiencing hate based on their biological parents’ Nazism. As caregivers, players must take care of the emotional and physical needs of a child who is ostracized by its surrounding society. The game is a portrait of exclusion and othering, but aims to change this narrative by demonstrating the power of social-emotional learning and care.

Night in the Woods is a narrative adventure game about the angst and confusion of being a young adult entering the real world. The game follows a cat named Mae, who recently dropped out of college and has returned to her hometown to find it isn’t how she remembers it and that the people she once knew have moved on with their lives. Players experience a coming-of-age story through animal characters that reflects on relationships, financial stress and personal responsibility.

Parable of the Polygons is a playable blog post on how harmless choices can lead to a harmful world. The game is formatted like an article but contains mini-games that use cute and colorful geometric shapes to show how individual biases can lead to institutional biases such as segregation and marginalization. This game is based on the work of Nobel Prize winning game theorist Thomas Schelling.

Please Knock on My Door is a narrative game in which players attempt to help a person suffering from depression and social anxiety. Through mundane daily activities, players walk alongside the game’s central character and watch as they try to cope through life, work and friendship. The game aims to help players understand the fears and struggles of what it’s like to live with depression and demonstrates the power of opening up to others.

Prism is a game for elementary school students where players assume the role of a nocturnal fox who seeks help from other animals to save their forest from an impending flood. Through the metaphor of the fox’s struggle of navigating during the daytime and communicating with diurnal animals, players experience the feeling of sensory overload and the difficulty of social communication that their peers with autism may experience. The game promotes empathy and ultimately teaches children how to be better friends to those with autism spectrum disorder.

Sign is a live action role-play game (played with direction cards) that is based on the experience of 50 deaf children in 1970s Nicaragua. At that time, the country did not have a form of sign language–if you were deaf, you had no tools for expression. In Sign, players follow a piece of this journey and experience the frustrations of not being able to communicate. Through gameplay, participants create connections and develop tools to express themselves.

Starbound is an open-ended, multi-player, adventure sandbox game in which players explore a galaxy full of planets, spaceships and unique alien civilizations. Players can build anything from a simple hut to towering fortresses. A game like this—similar to Roblox, Lego Worlds, Minecraft —provides opportunities to explore creativity, community building and even social-emotional skills, as it takes a lot of interpersonal communication to build a thriving starfaring civilization!

This War of Mine is a simulation war game in which players assume the role of average citizens attempting to survive a conflict that’s destroying their town. Inspired by the 1992-96 Siege of Sarajevo during the Bosnian War, the game asks players to make difficult decisions in desperate situations. Through gameplay, players also experience a socio-emotional connection with the game’s supporting characters who may become depressed or disturbed as a result of their circumstances. A table top version of the game is available.

Unmanned is an unconventional war simulator game. Players assume the role of a soldier who controls an unmanned attack drone in his office by day and then goes home at night to lead a suburban life. Through gameplay that combines battle actions with everyday activities such as shaving, players learn that the conflict that grips the soldier is not on the battlefield, but in his mind.

Way is a two-person game, where both players (who are anonymous strangers) play together using only nonverbal communication. The players are separated by a split screen and must work together to overcome obstacles that they can only do with the help of the other person. At the very end, once the players win the 20-minute game together, they are finally in the same screen and can write messages to each other atop a map of the world.

What Remains of Edith Finch is a narrative exploration game in which players assume the role of protagonist Edith, who returns to her childhood home to investigate her family’s history. Players enter the elaborate Finch house and discover the eccentricities of Edith’s family, how they lived and how they died. The first-person perspective of the game promotes empathy formation by making players experience the unknowable thoughts of various family-members, which also helps Edith better understand herself.

Wonder City is a web-based game that puts the player into the shoes of a high-school girl who discovers she has superpower abilities. Through decision-making gameplay, players express themselves and discover their st‌yle of heroism. The game realistically represents race and body image by empowering young girls to adopt their superhero identity and championing their own values. It is an extension of an independent documentary film, Wonder Women! The Untold Story of American Superheroines.

Zoo U is a choice game set in a school for young zookeepers. The game was designed by psychologists and therapists for school and classroom use and features a teacher interface. The gameplay invites kids to navigate social situations in a familiar setting that correlates to their own real-life experiences at school. Faced with solving social problems, players are reminded to consider the perspectives of all parties in question, the goal being to build social emotional skills such as compassion, friendship and confidence through adaptive gameplay.

You can download the complete games list here, along with letters to parents and teachers on the value of games from Joel Levin, co-founder of TeacherGaming and creator of MinecraftEdu and Dr. Karen Schrier, author of Knowledge Games: How Playing Games Can Solve Problems, Create Insight and Make Change. 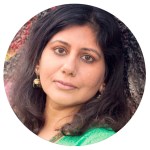 I'm the founder of Literary Safari, a studio that creates inclusive, playful, and diverse media for kids and families everywhere, including the award-winning literacy app, HangArt, which was selected a Best of 2016 EdTech by Common Sense Media. I'm the mother of a nine-year-old and a collector of picture books.
MORE FROM Sandhya:
76 Books That Offer Hope in Hard Times, Discover the Perfect Gift for Your Kid This Summer: Boredom, Seven Reasons I Still Read Aloud to My 7 Year Old—And You Should Too!
Red Tricycle > Parenting > Big Kids > #ArmMeWithGames: 20 Games for Good During Scary Times