This Land Is Their Land: Local Native American Historic Sites To Explore

In today’s modern city sprawl, it’s easy to forget that the Atlanta area was once Cherokee country. In particular, Northwest Georgia’s red clay hillsides, river banks and grassy meadows were once home to Cherokee and Creek Indian villages, ceremonial sites and even plantations owned by powerful Cherokee leaders. If you have a budding archeologist or maybe an aspiring arrowhead collector, then it’s time to head to the hills and take your tribe to get more acquainted with Georgia’s Native American past. Etowah Indian Mounds Historic Site
Soaring to 63 feet, you’re sure to feel a sense of awe as you climb to the top of these curiously constructed earthen mounds. The 54-acre historic site preserves six mounds and a village site and is one of the most intact Mississippian Culture sites in the Southeast. Native Americans lived here from 1000 CE to 1550 CE and built the mounds for ceremonies, defense and burials. The chief-priest likely lived on the tallest mound overlooking the village. Kids will get a kick climbing the stairs to the top of the mounds and walking along the riverfront trail where you can view a v-shaped fish trap demonstrating how Native Americans ingeniously caught fish. There’s also a museum on site where you can view a replica of what the village may have looked like along with artifacts excavated from the site. Check out their website or call before you go to see if any special programs are being offered on the day of your visit. Park rangers frequently offer demonstrations and special nighttime tours (even a hayride) on the weekends. Funk Heritage Center
One of the most comprehensive museums on Native American cultures in the United States is located near Canton, on the campus of Reinhardt College. The museum provides a great introduction to the indigenous cultures of the Southeast with its extensive collection of art and artifacts that span more than 100 centuries.  Artifact displays and interactive exhibits (including a kids’ area) show what daily life was like for Southeastern Native Americans and early Appalachian settlers. Be sure to check out the award-winning short film, “The Southeastern Indians” and the outdoor Appalachian Settlement designed to interpret the pioneer experience with authentic log cabins, a blacksmith shop and other farm buildings. There is also a walking trail and a Native Garden where the littles can get out any restless energy. New Echota State Historic Site
One of the most significant Cherokee Indian sites in the nation is only an hour’s drive from Atlanta. New Echota, established in 1825, was the capital of the Cherokee Nation. It was the site of the first Indian language newspaper and the meeting place where tribal leaders gathered to sign the Treaty of New Echota which led to the tragic Trail of Tears. After the forced removal of the Cherokee in the 1830s, New Echota was left to return to farm land.  Today, visitors can get a glimpse of what New Echota looked like when it was a thriving Cherokee settlement. Kids will enjoy getting to go inside the site’s 12 original and reconstructed buildings, including the Council House, Court House, Print Shop, a missionary’s home, an 1805 store, as well as outbuildings such as smoke houses, corn cribs and barns. There’s also an interpretive center with a film and exhibits about New Echota and the Cherokee. With the site’s nature trails, you could easily spend half a day here exploring. Chief Vann House
Called the “Showplace of the Cherokee Nation,” this impressive 1812 brick mansion was home to Chief James Vann and later his son, Joseph Vann. While a historic home tour may not be at the top of every kid’s to-do list, you can make it interesting by pointing out some of the unusual features and folklore – like the original hand carved woodwork and “floating staircase” crafted by Moravian missionaries and the children’s bedroom demonstrating what life was like for a 19th century kid. It’s also rumored that President James Madison slept there in 1819. The site is significant for many reasons, but perhaps most for the way it demonstrates the interaction between the Cherokee and other cultures – from outside missionaries to white settlers and enslaved African-Americans. It may be surprising to some that Cherokee Indians, like the Vanns, ran prosperous plantations and owned slaves. The visitor center next door offers exhibits and a film about the Vanns and life on the Cherokee plantation.

Looking to learn more about Native American history? Be sure to check out the Atlanta History Center’s exhibit Native Lands: Indians and Georgia open now through October 12th. 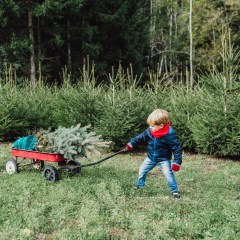 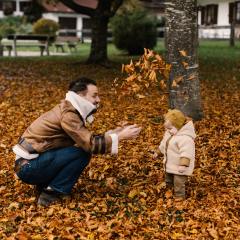 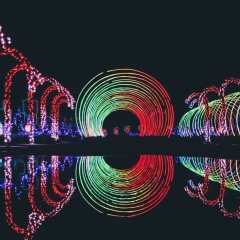 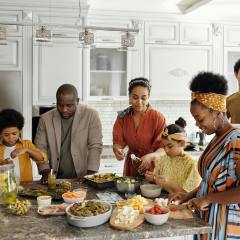 25 Simple Ways to Keep the Kids Busy on Thanksgiving

20 Compliments Anyone Needs to Hear 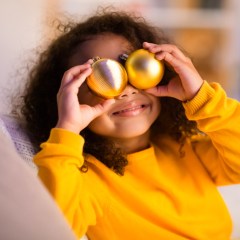 Merry Pranksters: 87 of the Best Jokes for Kids, by Kids